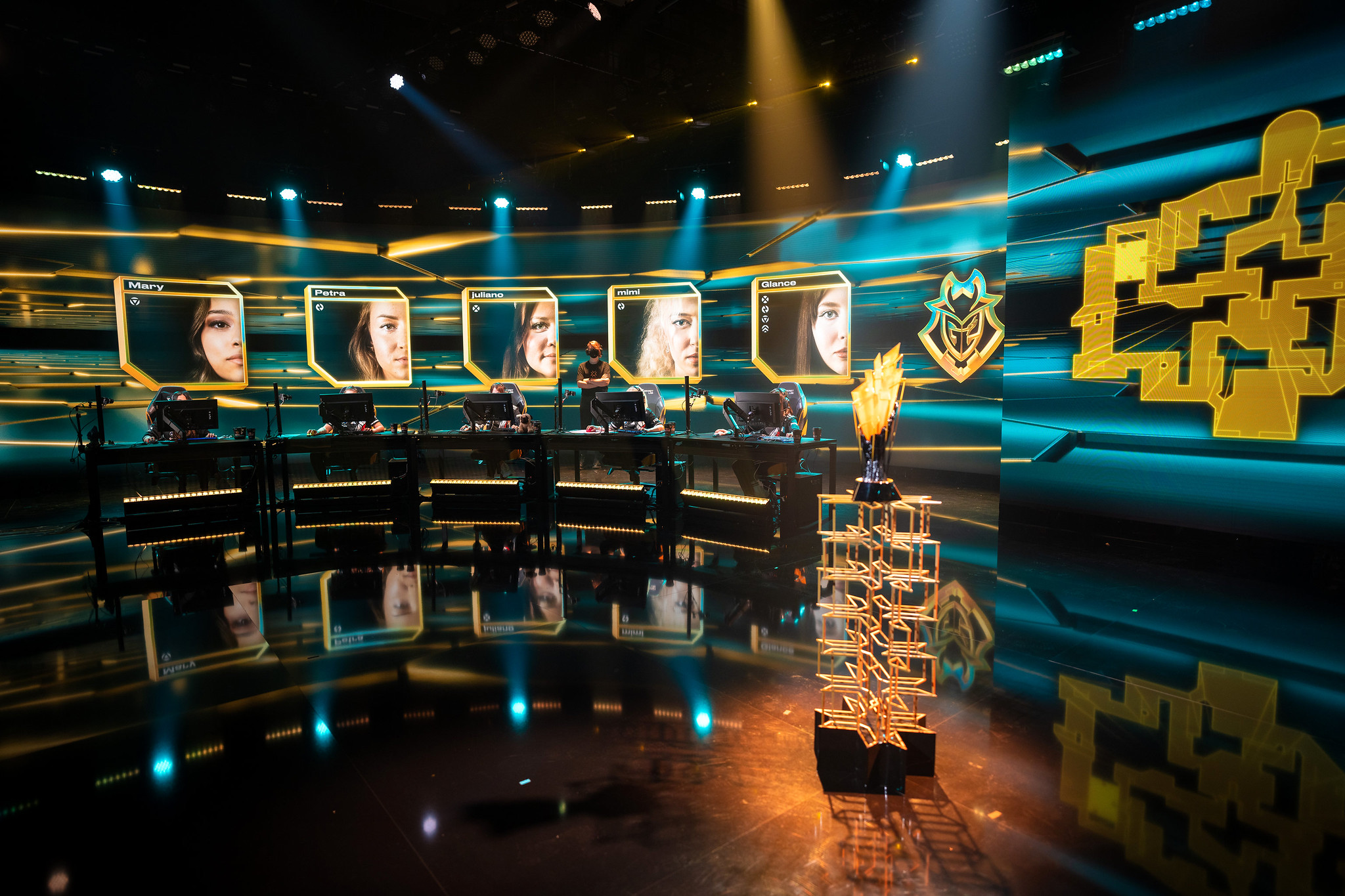 An incredible week of VALORANT came to a close Sunday with the grand finals of the first-ever VCT Game Changers international championship. EMEA titans G2 Gozen faced off against North America’s Shopify Rebellion and their Cinderella lower bracket run.

Today’s match was a rollercoaster, and frankly, one of the most thrilling matches in all of 2022. After Shopify Rebellion opened with a confident start, G2 turned the tables and came through with the first best-of-five reverse sweep in VCT history, claiming the Game Changers trophy with a 3-2 win.

G2 came out strong on Pearl, taking the first four rounds, but after that, the map was Shopify’s playground. Flowerful relied on her tried and true Chamber mechanics to pull her team toward a convincing victory on the first map of the day. Once Shopify found their footing, they didn’t let up and took Pearl, their opponent’s map pick, 13-9.

Bind was another battle of the Chambers between Mary and flowerful. Though G2 was up at the half, and Mary has been lighting up the stage throughout the tournament, G2 made several mistakes on Bind that let Shopify to capitalize. KP and Lorri held the fort down on the back end for Shopify, and the team got six rounds in a row to take Bind and unexpectedly reach tournament-point after just two games.

After their losses on the first two maps, G2 came into Ascent needing nothing less than a win. With their backs against the wall, the team’s mistakes on Pearl and Bind evaporated, and they looked like they were playing with a newfound focus against a Shopify that had looked unstoppable the last two days in Berlin.

G2 netted 10 rounds for themselves before Shopify got even one on the board on their defensive side of the map. Mimi and Mary came out with huge technical plays to keep their team dominating despite some good reads from Shopify, and Ascent quickly went the way of G2 by a score of 13-3.

The steamroll kept on going into Icebox. Just yesterday, Shopify were the queens of this map off the back of Lorri’s incredible battle Sage performance. But today, G2 dominated on their attack. Flowerful once again gave her team some hope with incredible frags, including an ace in round 10, but the NA team was still left with a large deficit at the half.

G2 continued to punish Shopify on defense, and took Icebox 13-2. Mary again was the star for her team, but the veteran presence of juliano and mimi also kept the team together.

Coming into Breeze, Shopify needed their players to step up, especially since G2 hadn’t lost the map in over a year coming into today. Sonder matched juliano’s pick of Reyna on the map, an unexpected choice from the flashy player that usually plays Neon on Breeze.

Unfortunately for Shopify, things didn’t quite go as planned. Sonder kept falling first in several rounds, leaving juliano to get the better of the Reyna mirror match-up. G2 played an aggressive defensive side, where Petra stepped up on Sova to make a huge dent in Shopify’s chances of taking the map and the championship title. The first half ended 9-3.

Even though Shopify got a much-needed pistol round in the second half and it looked like bENITA might be able to turn things around for a split second with a 3k, it was too late. G2 were in the zone and ready to take it all the way.

With a 13-5 victory on Breeze, G2 completed the first VCT finals reverse sweep in history.

The players were emotional on stage after receiving the very first VALORANT Game Changers trophy. The team has representatives from five different countries: Denmark, Russia, Sweden, The Netherlands, and Bahrain. Mary, the newest member of G2’s roster after veteran zAAz retired midway through the 2022 season, had an emotional message for other women from Bahrain on stage.

“To all the Middle Eastern girls, you can make it,” she said.

As far as next year goes, Riot’s global head of esports Leo Faria confirmed earlier on the broadcast that there will be a version of the female and non-binary VALORANT international championships in 2023. G2 will likely look forward to continuing their success into the next era of Game Changers.