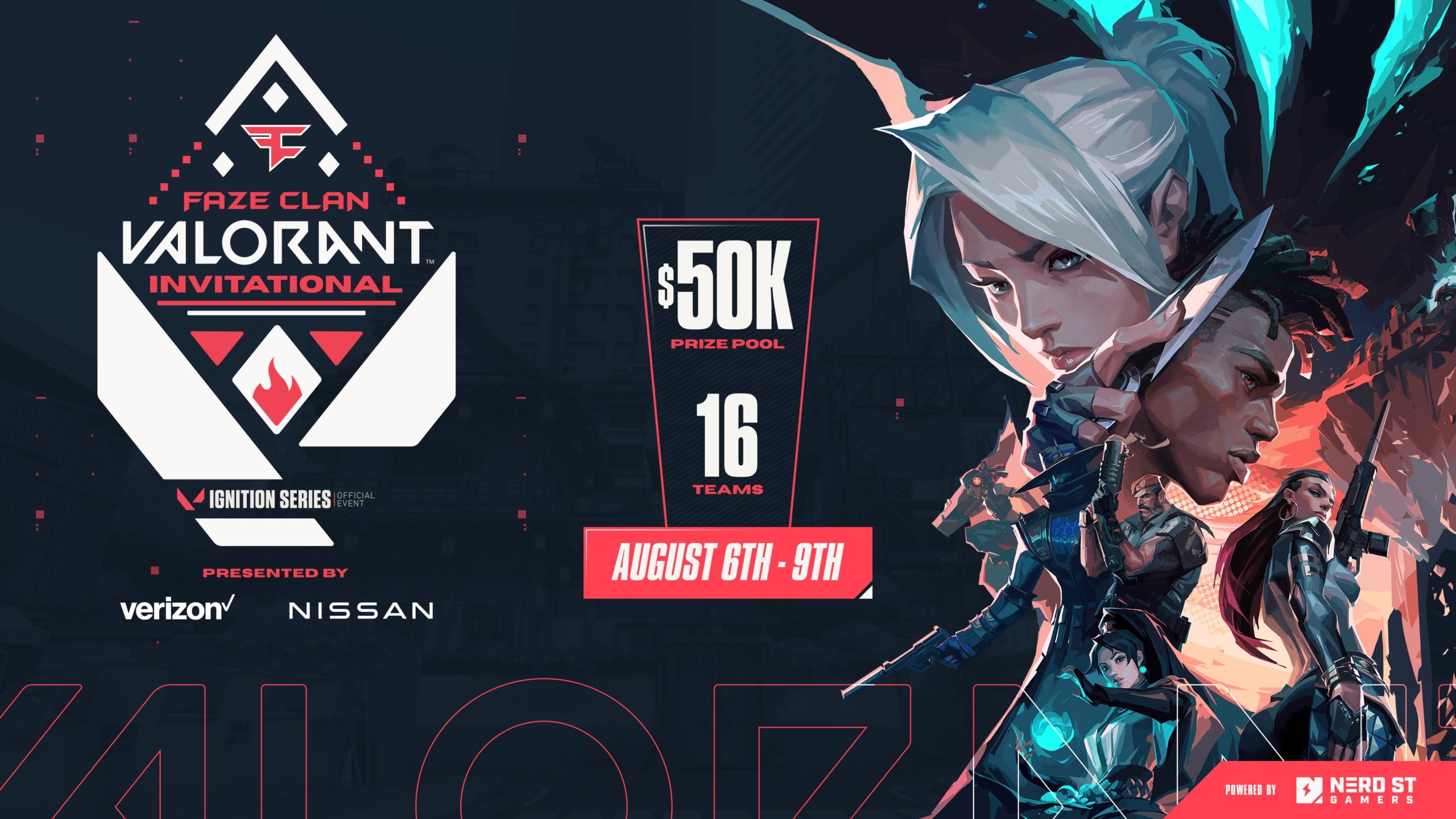 Another VALORANT tournament is on the horizon.

FaZe Clan is teaming up with Verizon and Nissan to host a VALORANT Ignition Series Invitational where 16 North American teams will compete for a $50,000 prize pool. The four-day tournament kicks off next week, starting Aug. 6.

While all of the teams competing in the invitational haven’t been revealed yet, FaZe’s squad is already locked in. Eleven more teams will be “pre sorted” based on previous tournaments and four open qualifier teams will be “randomly” placed in groups.

The first two days of the competition will be set aside for the group stage in a best-of-three double elimination. Days three and four will mark the playoffs with more best-of-three matchups, with the exception of the grand finals. The top two teams will see who can muster the better record across five matches.

Related: Cypher was the most played agent in VALORANT PAX Arena Invitational, followed by Sage and Sova

With the competition kicking off in just a few days, fans can likely expect the remaining 15 slots to be revealed soon.

Sentinels will likely make the cut after their spectacular performance in the PAX Arena Invitational, beating out Cloud9 for first place.