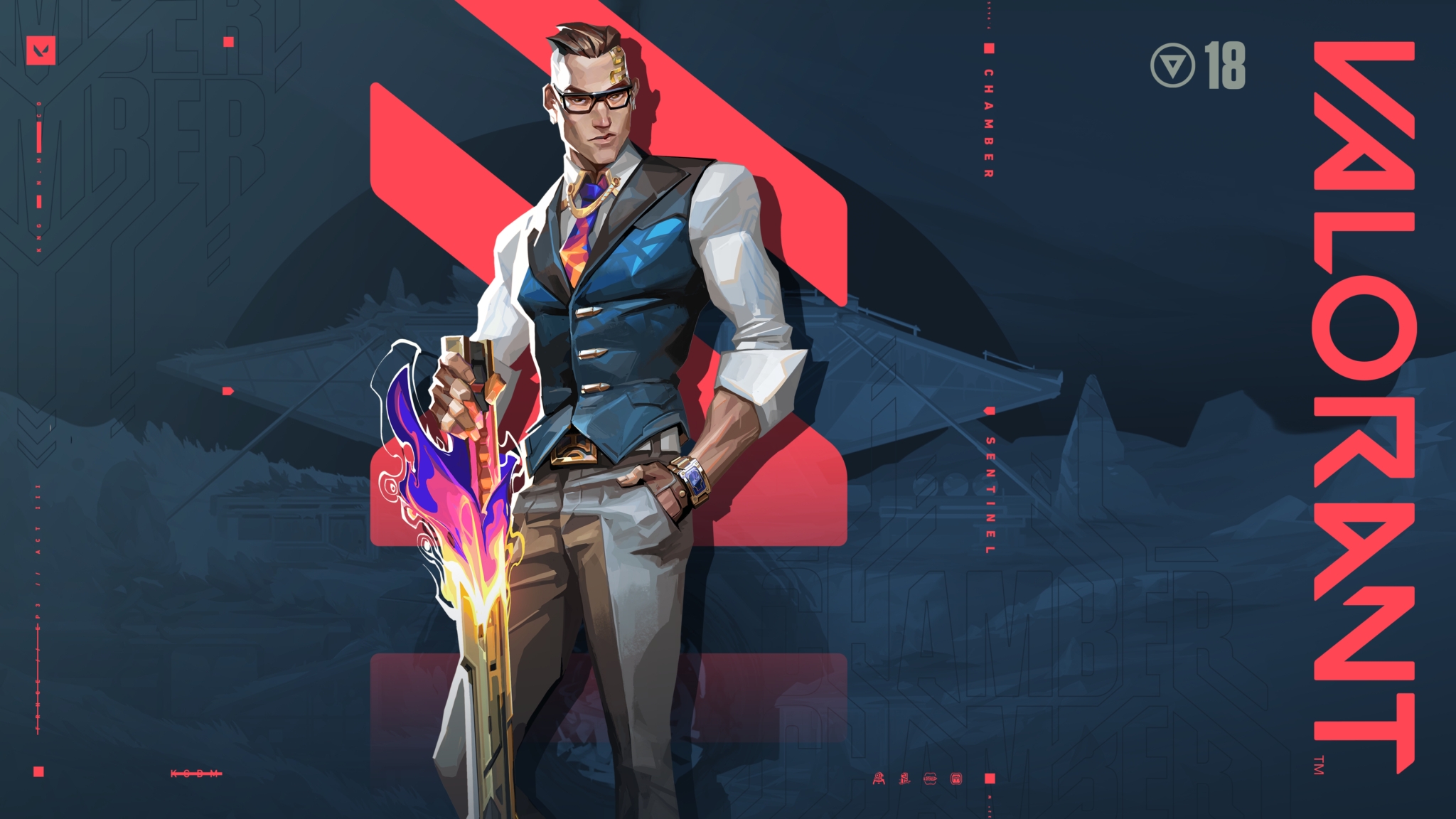 Chamber is the latest agent to join VALORANT—a sentinel that “focuses on mechanical outplays” with an “additional focus on gunplay” for “an extra flourish.”

The agent’s codename, “Deadeye,” was first discovered in VALORANT’s Year One Anthem video in June, with the word scrawled on the side of a gun. The name was later found littered throughout the game’s files and continued to crop up in trailers, teasers, and other forms of media.

A mysterious French voice can be heard in a teaser for Fracture—VALORANT’s latest map. It’s now almost certainly confirmed to be the voice of Chamber, who is described by Riot as a “well dressed” and “well-armed” French weapon designer. In the video, he says: “Incredible that something so small can create such an opportunity. Their efforts were noble, but sacrifices must be made. Such a pity.”

This makes Chamber the first French agent in VALORANT, joining a multilingual cast of characters.

References to Vincent Fabron can also be heard in a security announcement on Fracture. “Warning! Vincent Fabron is no longer permitted on facility grounds. Any persons resembling Fabron must be reported,” it says.

Chamber, unveiled on Oct. 29, is a sentinel with a twist. He has a few similarities to agents like Killjoy and Cypher, but his kit has more of an emphasis on dealing damage. He carries a bespoke pistol and summons a golden sniper rifle as his ultimate.

Chamber’s full list of abilities can be found here.

As for his appearance, he’s good-looking. He’s muscular, wears smart trousers, a shirt, a waistcoat, and a tie, and has slicked-back hair and a pair of glasses. The weapon-savvy Frenchmen is described as a perfectionist. He cares about the finer things in life from the cut of his vest to the color of his threading.

“That feeling was the core of his thematic: the idea that the distance of the shot, the breeze in the wind, the type of powder in the ammo, all these fine details must be taken into account to land the perfect hit,” Riot said.

Chamber was originally intended to be released with Episode Three, Act Three, but Riot had to delay the agent until Patch 3.10, which comes out two weeks later on Nov. 16.

“As development progressed on the new agent, it was clear to us that they were not at the quality bar you’ve come to expect from us,” Riot said on Oct. 28. “It’s why we’ve opted to hold the agent for an additional two weeks, while we work on polishing up those final aspects. Sometimes the last 10 percent of work really brings together the previous 90 percent of work.”