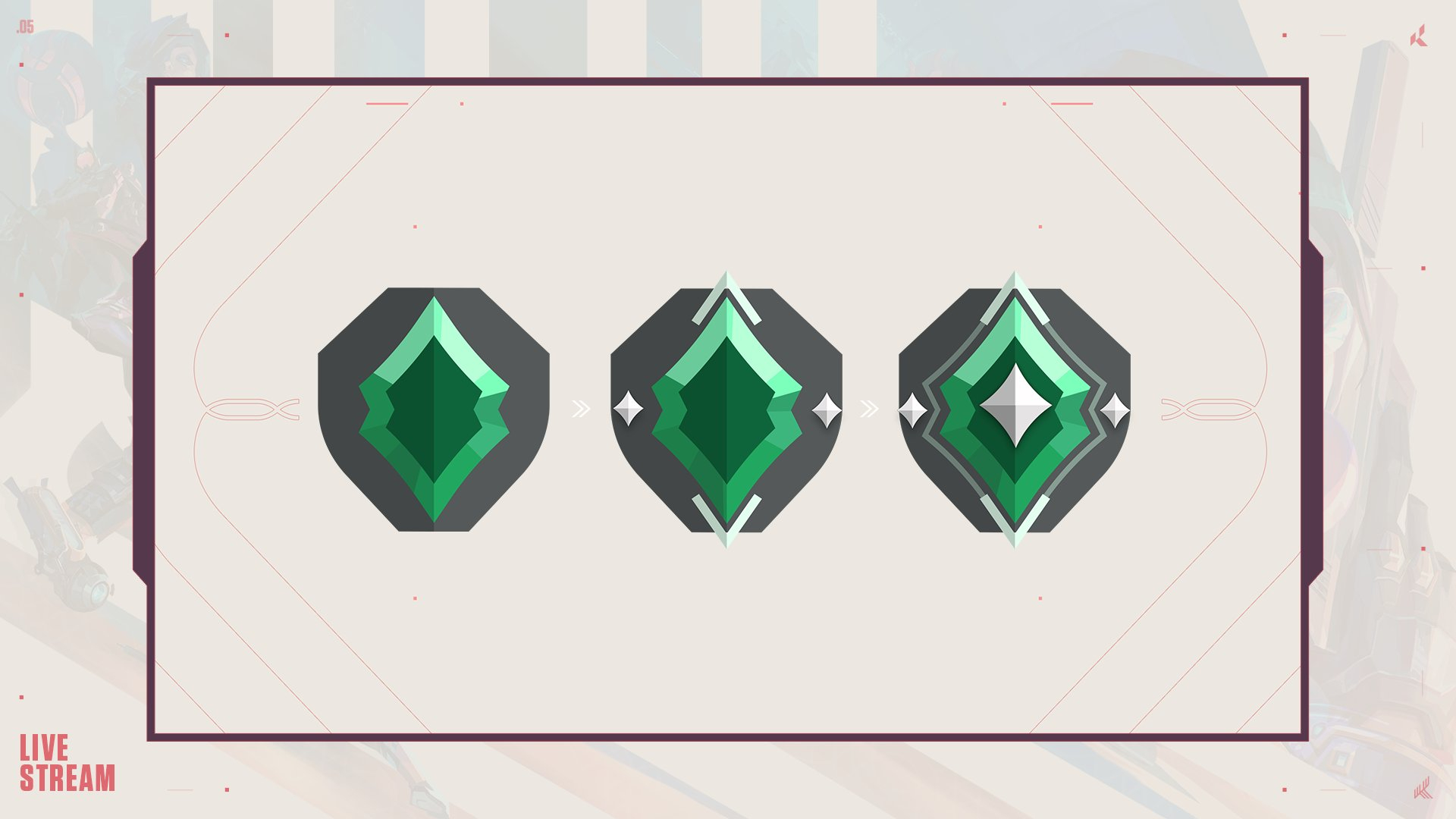 VALORANT Episode Five will be introducing a new rank between Diamond and Immortal titled Ascendant.

The Ascendant rank was revealed during the developer live stream ahead of Episode five’s release and will put a wedge between the former high ELO ranks. Riot Games has attempted to adjust the ranking at the top of the ladder with leaderboards and move the Immortal rank from having tiers to not having tiers as an attempt to fix the distribution.

This newest measure will be attempting to balance the ranks at the top by adding three new tiers between Diamond and Immortal.

The Ascendant icon follows a similar style to the other ranks by adding detail as players climb through the tiers. The first tier resembles a green gem surrounded by a grey border, the second tier adds two stars and a border at the top and bottom of the gem. The final form adds a star in the center of the gem exactly like how the other icons are shown.

For the new placements, players can now be placed as high as Ascendant One, which has now replaced the highest placement that was previously Diamond One. Additionally, players who are Ascendant will have new grouping restrictions for 5-stacks in rank, which means players will have to be within three ranks of Ascendant in order to queue together.

MMR will also be moving around as VALORANT pushed players to their respective ranks now that Ascendant has been added to the ladder. The goal was to push players who were stuck in Bronze and Silver upwards while separating the skill between Immortal and higher from the rest of the ranks.