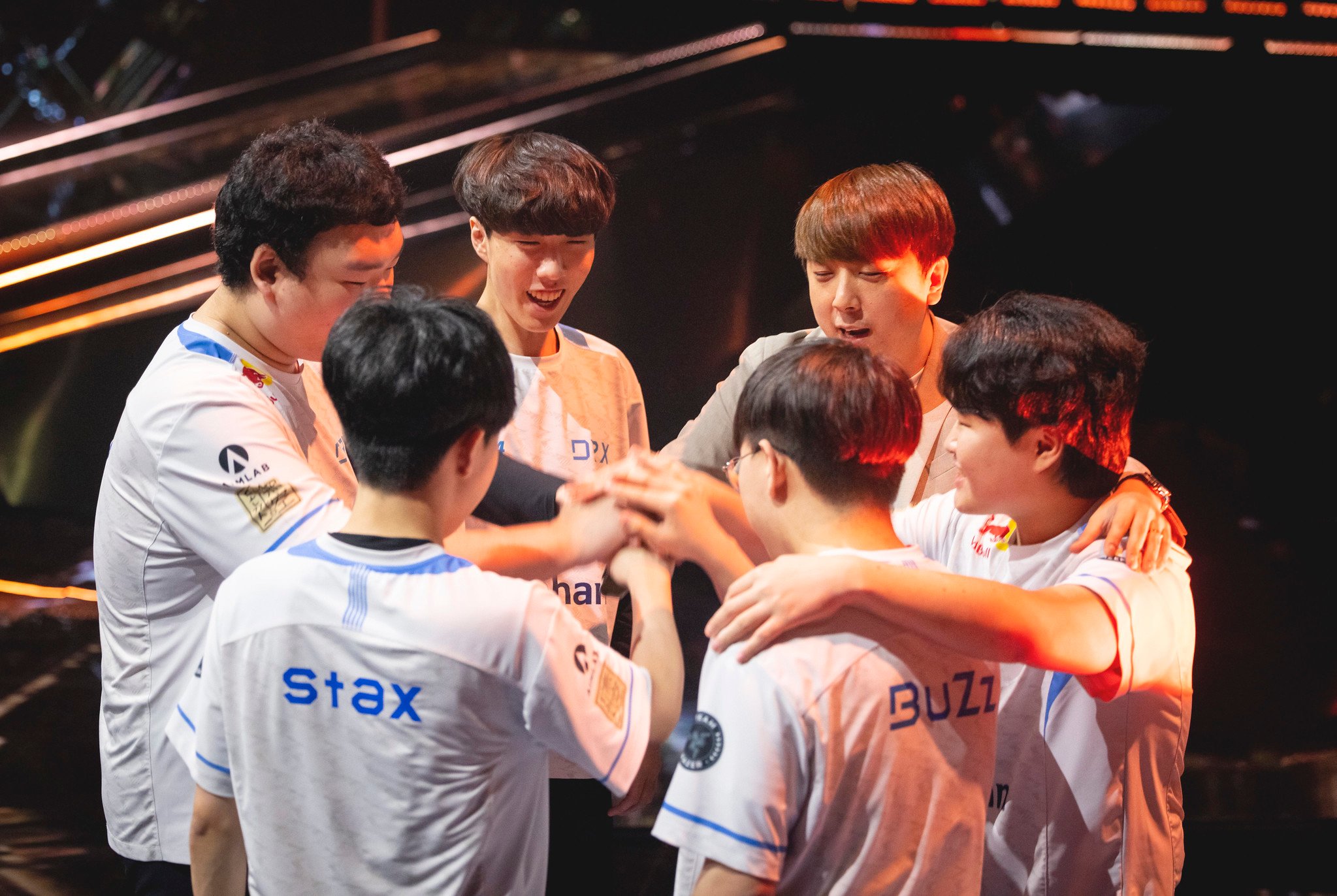 While both 100 Thieves and DRX have earned a spot at the top of first group D at VALORANT Champions, only one could retain that coveted first place position and be the first to qualify for playoffs.

The kings of the group stage in DRX once more showcased their dominance in a 2-0 sweep of 100T, bringing them closer to the coveted championship trophy. Despite a mediocre performance at Stage 2 Masters, the Korean Challengers champions trudged through a massive overtime into a near uncontested roll over their challengers to earn their spot in playoffs.

100T took their opponents to the tropical-yet-dangerous sands of Breeze for the first game of the series. However, they struggled immediately in the pistol round to traverse around DRX’s offensive push. MaKo’s Viper was ready to meet 100T each time they appeared to have a hold of either site, earning himself a handful of multi-kills. Though they had accrued a five-round win streak, Bang’s Viper responded with the utility of his own that kept the score close heading into the side swap.

After taking this late-round momentum into the side swap, 100T controlled the second pistol round, and in the following rounds, many of the kills went to Bang. Bang and MaKo continued their Viper wars into the final rounds, with expert toxin placement disrupting nearly the entirety of both sites, forcing the teams into extended overtime. After nearly ten additional rounds of multi-kill magic from Buzz and MaKo, DRX emerged from the first map with the win, 18-16.

Game two began with DRX map pick, Fracture, where they began on attack. Once 100T realized that DRX would move as a group on their offensive push rather than split themselves between the two attacker spawns, they answered by doing the same. Each member had their opportunity to shine as they accumulated a seven-round win streak, keeping a tight hold on their economy and bringing the map to the 9-3 curse.

As Neon, Rb ran laps around 100T in the side swap, further discombobulating a team that was already struggling to keep up to DRX’s pace. Yet thanks to some teleportation from Will’s Chamber, DRX was forced to play more carefully while handing over some rounds to their opponents. From a massive deficit, 100T began a solid run with a five-round win streak. Despite a valiant effort, 100T could not overcome the group stage monsters, earning DRX a spot in playoffs.

With this victory, DRX ends their group stage undefeated, earning them a spot in the upcoming playoffs bracket. 100T will have one more opportunity to reach the playoffs and retain their opportunity to call themselves VALORANT champions in group D’s Decider Match, which will place them against either FURIA Esports or Fnatic.

The bracket for the playoffs stage of VALORANT Champions has not yet been determined. Still, it will be seeded following the end of the Group stage. So far, group A’s Levitán, group B’s OpTic Gaming, and group D’s DRX are the only teams that have cemented their spot in the upcoming bracket.