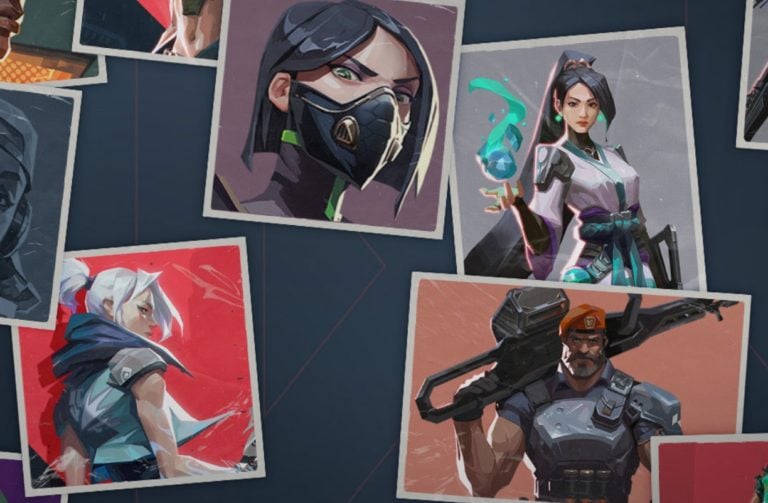 VALORANT is an entirely different beast when played alone.

Queueing up for ranked with a team of five, four, or even three will have drastic implications on your gameplay and ultimately give you an advantage. If you prefer being a lone wolf and playing solo, you’ll have to grit your teeth and bear through it. Fortunately, it’s entirely possible to climb the ladder by yourself.

We’ve ranked the top solo agents in VALORANT from best to worst. Here are our picks.

Reyna is a one-woman army. She’s a high-risk, high-reward agent, but she’s perfect in solo queue. She has built-in self-sustainability with her Devour heal and Dismiss escape, along with one of the best flashes in the game.

Sage is one of the best all-around agents in VALORANT. Her wall and slow orbs are perfect for putting an end to a push or blocking off a bombsite. And her heal and resurrect speak for themselves.

Cypher can single-handedly defend a bombsite. His cameras, tripwires, and cage all reward solo play, giving him plenty of value in solo queue. Being able to lock down a bombsite alone while your teammates run rampant should never be underestimated.

Chamber, like Reyna, is a one-man army. He might not have the healing capacity that Reyna possesses, but he makes up for it in other areas. His ability to summon weapons out of thin air make him a valuable agent in solo queue, one that can easily carry his team.

Raze is one of the most self-indulgent agents in VALORANT. She offers almost nothing to her teammates in terms of utility. She does, however, have damage—and lots of it. In fact, all of her abilities, in one form or another, deal damage. In solo play, Raze should be used as aggressively as possible to find kills and open up the game. She’s ideal for entry-fragging, clearing sites, and picking off unsuspected targets. She’s a playmaker.

Jett falls under the same umbrella as Raze. She’s another Yasuo-type agent that either carries your game or loses it for you. If you’re confident and aren’t afraid of facing your opponents head-on, Jett is the agent for you. Her mobility and outplay potential rank her as one of the best solo agents.

Skye is an all-around strong agent in solo queue. She’s ideal for scouting out enemies, locking them down, and picking them off with Guiding Light and Trailblazer. And her heal, along with her ultimate, must never be underestimated, even without clear and concise communication.

Killjoy, like Cypher, is a sentinel agent. She favors the defense, where she can find the perfect setup with her tech and lockdown a site. Her Nanoswarm, Alarmbot, and Turret can all be used to put a stop to the enemy team. But she’s also a powerful agent on the attack. Her ultimate, especially, is a gamechanger.

Sova has tons of potential in solo queue. He definitely operates better with coordination, but alone, he’s not bad at all. His ability to scout a bombsite and prevent a push rank him highly on this tier list. His ultimate and his drone can lead to some quick and easy kills, too.

If this was a competitive tier list, Phoenix would be considerably lower in the rankings. But for playing alone and carrying your teammates, he’s a solid agent. His flashbangs, self heals, and ultimate all reward aggression. Players who are confident in their aim can’t go wrong with Phoenix.

KAY/O fits under the same umbrella as Skye. He’s not quite as potent in solo queue, but he definitely has the potential to carry. His flashes, throwing-knife, and ultimate ability make him a powerful entry-fragger.

Brimstone is a perfectly serviceable agent in solo play and in a team environment. His smokes and particularly his ultimate can easily turn the tides of a round. He’s far from being the best, though, with his moly and stim beacon leaving much to be desired.

Astra is another powerful agent with tons of potential in competitive play. But the nature of her kit doesn’t translate directly to solo queue. Her smoke, pull, and wall all require coordination with her team. She can still quite easily carry in the right scenario, though.

Viper is a strong agent in the right hands. That being said, a certain level of coordination is required to pull her off in solo queue. Her smokes and walls, especially, require a high level of expertise.

Neon is another niche agent that can wreak havoc in the right hands. She’s a speedy, enter-fragger that aims to outplay her opponents. But again, she requires a certain level of skill to pull off in solo queue.

Breach has some of the best utility in the game and would normally be closer to the top of this tier list. But in solo play, he’s much less valuable without proper coordination and teamwork. Breach absolutely has to work around his teammates and that can be difficult with a group of random players.

Yoru’s kit still leaves much to be desired, despite receiving major changes in recent months. He’s still a playmaker, though, and with the right amount of skill, he can turn the tides of a game. His Gatecrash and Dimensional Drift, when used correctly, can be top tier.

Omen is a creative agent, but he doesn’t always work well in a team environment. His smoke screens and short-range teleport allow him to maneuver around the map, push unpredictable angles, and find picks. There are often better options when it comes to solo queue, though.

We’ll make sure to update this tier list in the weeks, months, and patches to come.