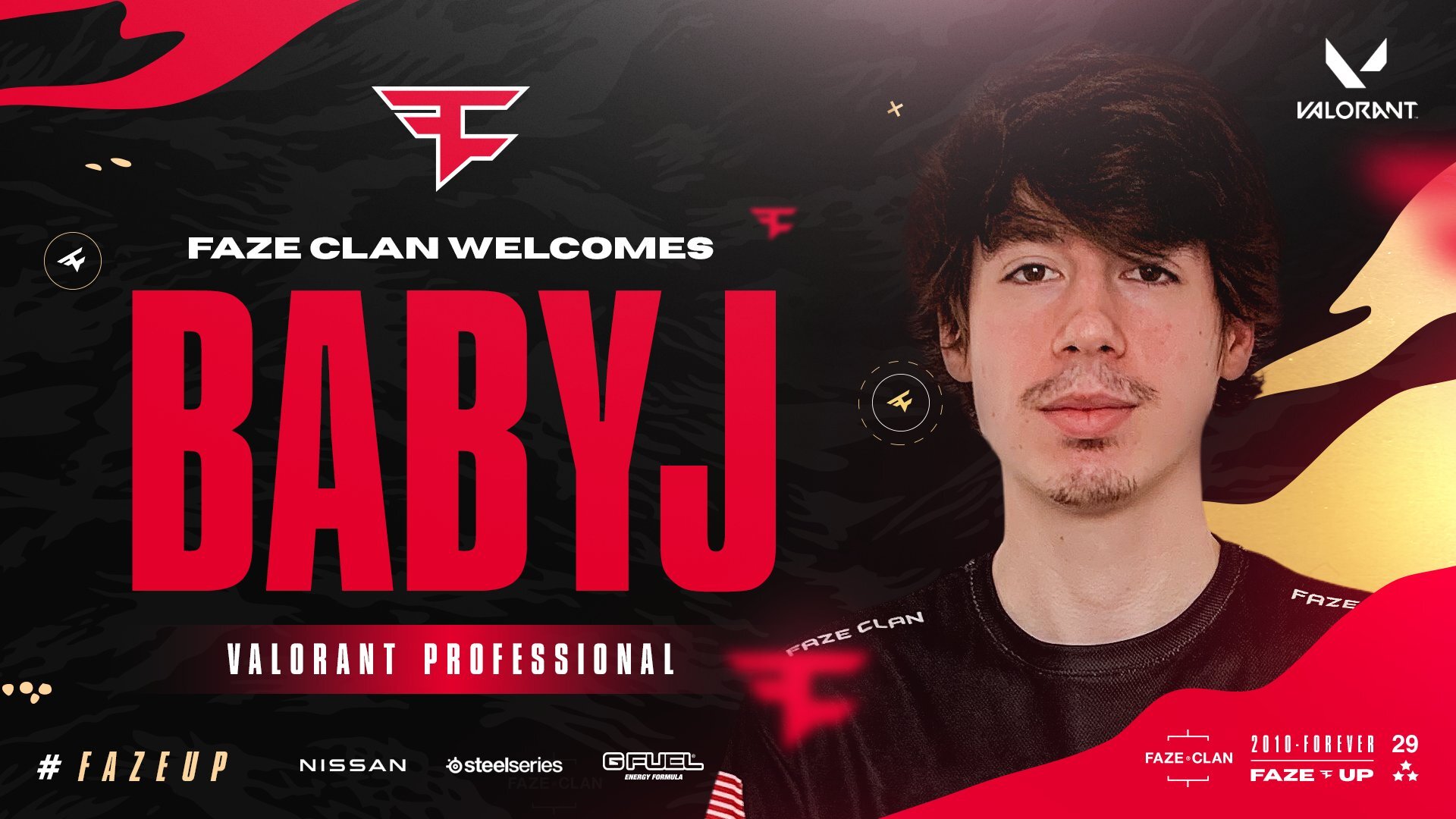 FaZe dominated the competition towards the end of VCT Stage One. The team made it into the grand finals against Sentinels but ultimately lost 3-0. FaZe did not replicate its success in Stage Two and failed to make it into the Challengers Finals.

The team reportedly removed Marved to the bench in preparation for Stage Three and trialed multiple players to take his spot, including BabyJ. BabyJ previously played on multiple unsigned rosters and most recently beat 100 Thieves in the Stage Two Challengers One open qualifier with the Rice and Meatballs roster. He most recently played as a Sentinel and Controller, which lines up perfectly with the spot left open by Marved.

FaZe has another chance to make it into a significant event and to earn a spot in Masters Three Berlin. Their explosive playstyle can devastate even the strongest rosters, and BabyJ might be the change needed for success.

FaZe Clan will face MeowMeow in their first match in VCT Stage Three Challengers One open qualifier on July 1.