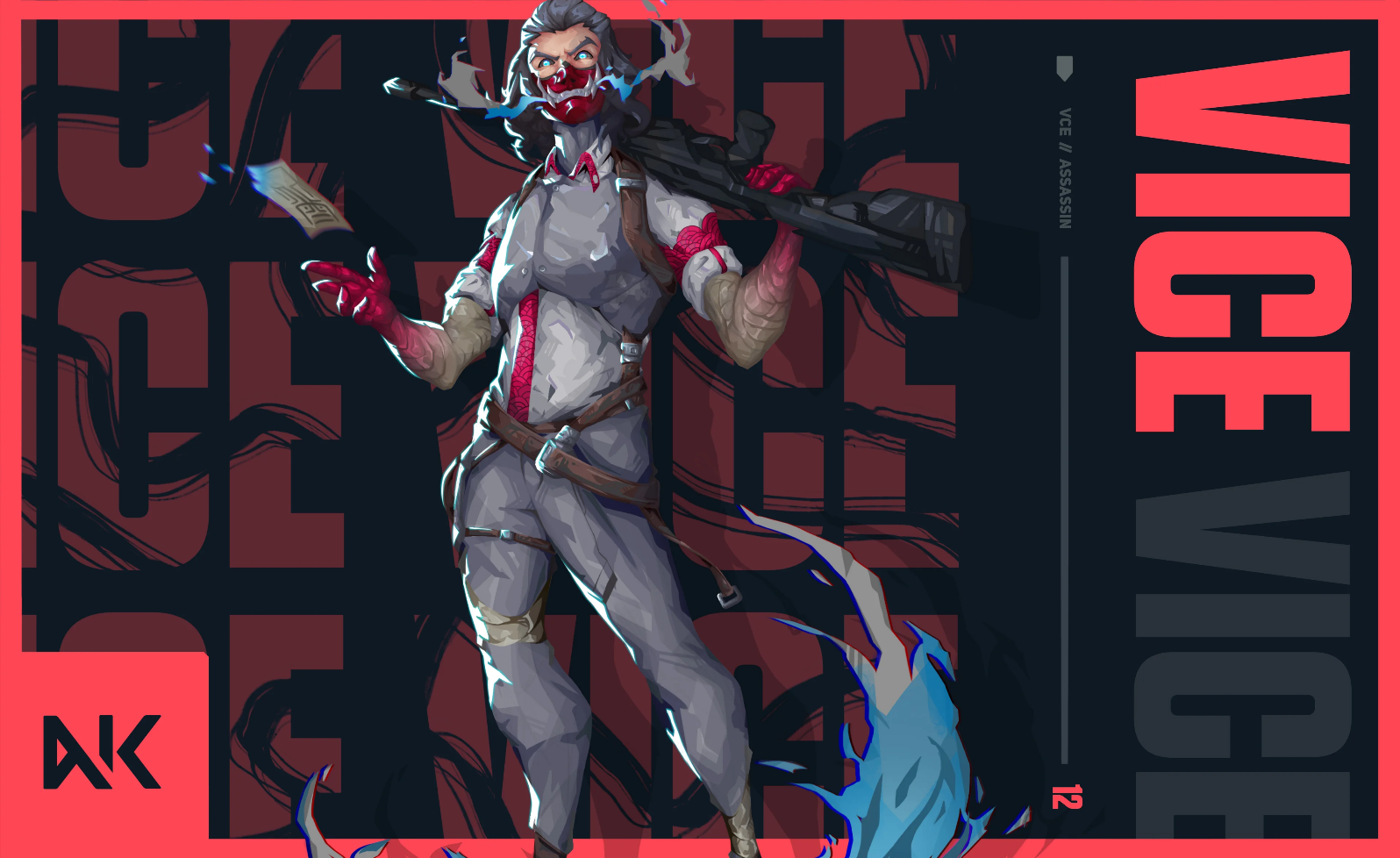 With the VALORANT closed beta coming to a close today, many fans are creating art to pass the time while they wait for the official release of the game. One artist created a fan-made agent named Vice who uses talismans to traverse the various maps in the game.

“I wanted his kit to revolve around [his] talisman, like the one burning away above his hand—he would use different talisman to cast his abilities,” artist Aaron Kreymer said. “The gimmick behind him is that he is an assassin who uses both stealth and speed to reposition himself and eliminate unsuspecting enemies.”

Kreymer didn’t specify what abilities the agent would have, but one fan created an interesting kit for the character in the comments. The makeshift ability set allowed Vice to see corpses through walls and use his talismans to teleport himself around the map.

Many people praised the artist for how similar the illustration looked to the official art of the game. Additionally, many players enjoyed the fan-made kit, saying that it was unique and would provide interesting playstyles and strategies.

Heading into the grand release of VALORANT next week, fans are speculating on what kind of character the newest agent will be. People are also excited to see the new map and game mode that will be available once the live servers are opened up to the general public.