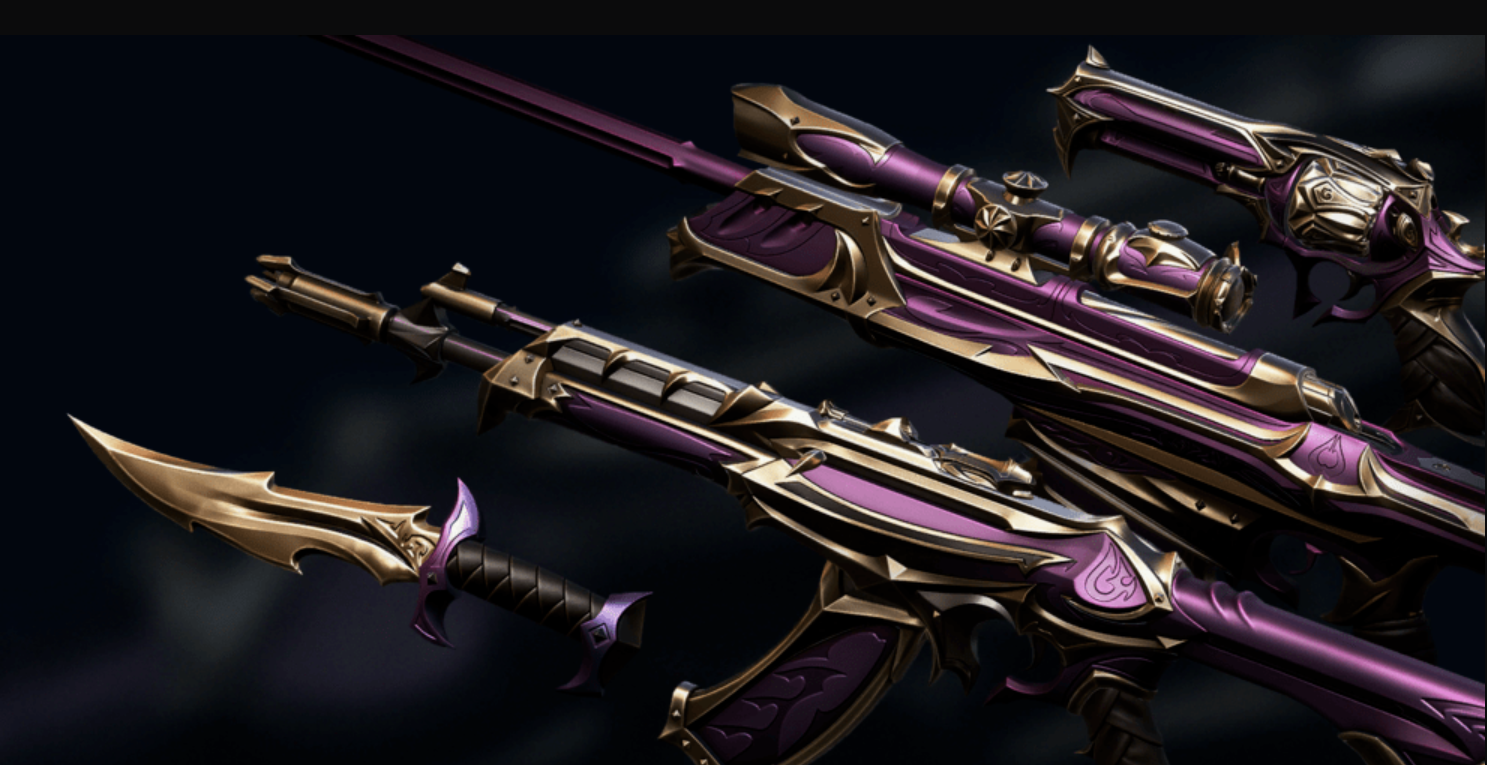 One of the most popular bundles in VALORANT could be making a return with new skins added to the collection.

A second iteration of the Reaver bundle could come to the game within the next few patches, according to data miner Valorleaks. The bundle will include guns such as the Phantom, Spectre, Odin, Ghost, and a Karambit, according to the leaker.

Multiple images of the supposed bundle have circulated on social media, with several weapons boasting the iconic skin pattern. The purple and black colorway can be seen on all weapons with the recognizable gothic pattern.

The Karambit skin will feature variations, according to Valorleaks.

It’s unclear when the new skins will be coming to VALORANT but the current Run it Back 2 bundle expires in nine days. The next patch will arrive on Aug. 9 following a slight delay to the schedule by Riot in June.

The original Reaver bundle was released with Patch 1.11 on Oct. 27, 2020. Many players were unable to obtain the skins at the time since they may have started playing VALORANT at a later date.

The Reaver bundle featured skins for the Vandal, Sheriff, Guardian, Operator, and Knife. A buddy, spray, and player card was also released alongside the skins. The animations were available with the third level of purchase and a finisher was available on the fourth level.

It’s unclear how much the second Reaver bundle will cost but the original bundle cost 7,100 VALORANT points.