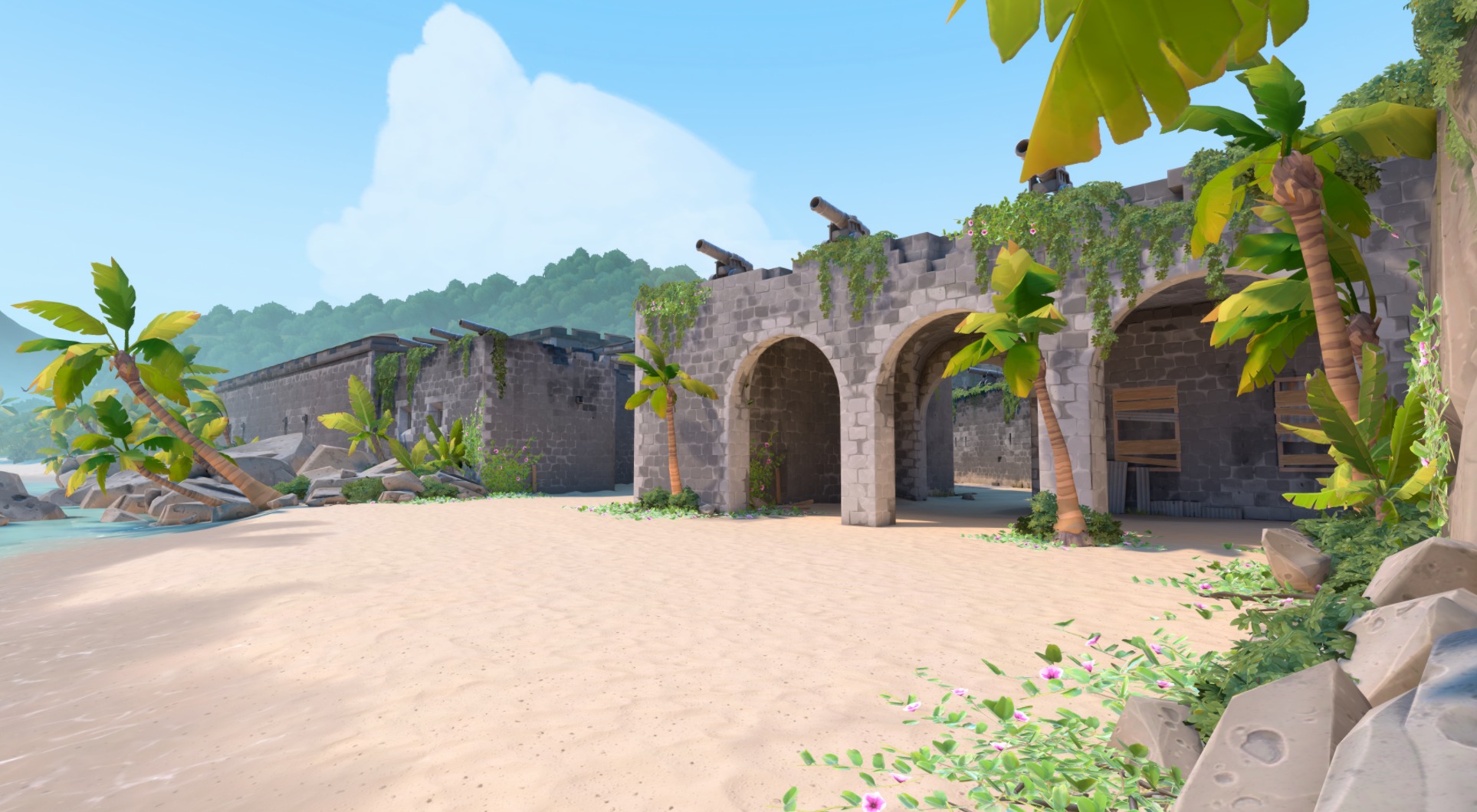 Jumping into a new VALORANT map for the first time can be daunting. But with the right agent pick, destroying the competition will be a breeze.

The tac shooter’s upcoming map, Breeze, is a Caribbean island that features long sight lines, open spaces, and plenty of cover. Dot Esports was invited to test the new map at a capture event. And with a few more days until Breeze goes live with Episode Two, Act Three, you can get a head start by selecting the ideal agent.

Here are the three best agents to dominate on Breeze.

Is it possible? Has Yoru’s time finally come? Can the mind-gaming duelist elbow his way into the meta? While the jury’s still out for the other maps, Yoru absolutely excels on Breeze.

The Japanese agent got some love in Patch 2.06, receiving buffs to his Blindside, Gatecrash, and Dimensional Drift. Despite all that help, however, Yoru continues to struggle compared to his duelist counterparts. And he’s been virtually non-existent in the competitive scene, mustering a one-percent pick rate at the NA VCT Challengers Two, according to VLR.gg.

Even with the deck stacked against him, Yoru is a must-pick agent on Breeze. The large map is filled with crevices, flanks, and long sight lines, allowing him to Gatecrash behind the opposing team unheard. While teleporting is extremely risky on the other maps, Gatecrash can easily get you in a safe flank position without the enemies noticing on Breeze. And if they do notice, opponents have to decide between babysitting the tether or helping their team.

Yoru’s ultimate works in a similar fashion, helping you get behind the opposing team or simply offering intel. And because sites are wide open, the duelist’s flash may be one of the better options. You can toss it deep onto a site to blind your opponents, as opposed to shorter-range flashes that can easily be jiggle-peeked.

The big-brain duelist might not have had a chance to shine so far, but there’s no question what he can do on a tropical paradise.

At first glance, it wouldn’t seem like Viper would perform well on a map with large space and open sight lines. But that actually adds to her power on Breeze.

Forcing your way onto Breeze’s sites can be difficult. Both A and B have wide entrances and plenty of crevices for defenders to hide behind. Viper’s Toxic Screen is the perfect counter to that, cutting a site in half and letting your team focus on clearing the other side. And if enemies want to risk pushing through the wall, they instantly lose 50 health and lose the peeker’s advantage.

Again, players wouldn’t think that Viper’s Pit (ultimate) would succeed on a large site. But the plant areas on both sites are small, making them the perfect spots for Viper to emit her toxic gas. When your team plants on either site, popping her ultimate and patrolling the area can devastate the opposition. And Viper mains will likely find tons of line-ups for Snake Bite, forcing enemies to push you or die to poison when defusing.

VALORANT‘s latest controller will find no trouble basking in Breeze’s sun from the Astral Plane.

Similar to Viper, Astra can close off an entire section of a site with her ultimate. This can make pushing through a lot easier, especially if your duelists use their abilities to create space. But using your other utility right is key.

Astra is difficult to play since you need to balance your Astral and regular forms while setting up your allies for success. Her potential is limitless, however. Being able to place stars anywhere on the entire map is extremely useful on a larger map. Players can feint going to one site while the team creeps onto the other, or you can stun and suck your way to victory. And ideal star placement can help your team gain small victories, like ultimate orbs and positioning.