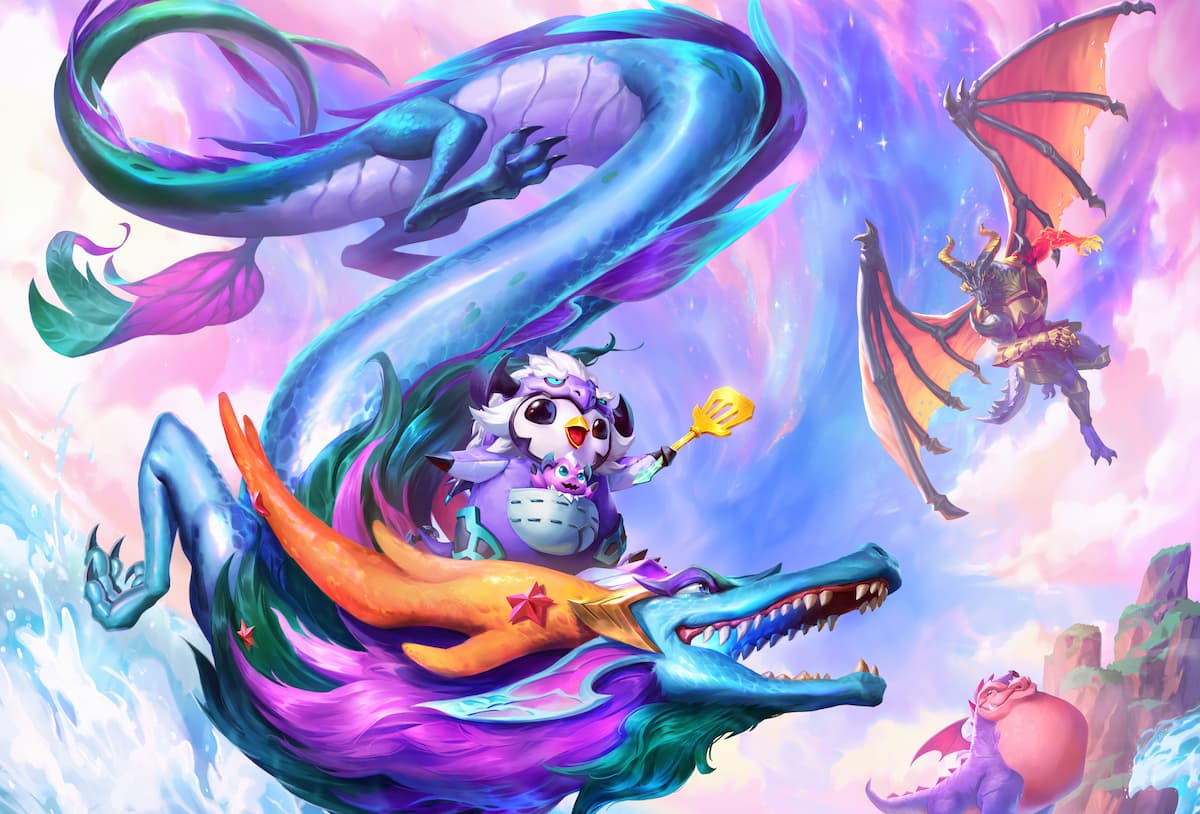 In preparation for the official launch of Teamfight Tactics Set 7.5 next week, the balance team is dropping an enormous PBE update that hits everything from champions and traits to Draconic Augments and items.

Scheduled to officially launch on Sept. 8, TFT Set 7.5 will experience a massive number of balance changes during PBE testing that will go live at around 2pm CT today. The update focuses on balance adjustments that are getting locked in for the release, allowing the team to shift attention to minor tweaks and bug fixes prior to launch, according to game design director Stephen “Mortdog” Mortimer.

Early game TFT Set 7.5 champions like Nasus, Malphite, and Wukong were nerfed, while Taliyah received a small buff following multiple nerfs since Uncharted Realms launched on the PBE servers. Lux was slightly nerfed, remaining viable as a possible carrier, and three-cost carriers like Lee Sin, Nomsy, and Rakan all received nerfs as well.

In addition to the Nomsy nerf, only two other dragons were targeted with balance changes. A slight buff was applied to Daeja again to multiple levers buffed for Swain Tyrant Dragon. No tier-five TFT Set 7.5 champions were adjusted.

Over 12 of the Dragonlands Uncharted Realms traits received nerfs and buffs or were adjusted. Shimmerscale had Goldmancer Staff, Gambler’s Blade, and Crown of Champions nerfed. Guild was slightly adjusted, as was the Dragonmancer trait. Buffs were applied to Astral, Cannoneer, Tempest, and Whispers.

Dragonmancer Conference was temporarily removed from the Set 7.5 Draconic Augments while Whispers Crown and Astral Heart were completely removed. Birthday Present was moved to the Prismatic tier while Augments like Devastating Charge, Oasis, and Scoped Weapons were nerfed.

Multiple items were also adjusted leading up to the release of Dragonlands Uncharted Realms, from Radiant and Ornn to Standard items. Runaan’s Hurricane was nerfed again. Spear of Shojin had its ability power reduced to 25 and Protector’s Vow armor and magic resistance was reduced to 20. The Ornn items nerfed were Rocket Propelled Fist, Muramana, and Randuin’s Sanctum. The Radiant items hit with nerfs were Blue Buff, Chalice of Power, and Protector’s Vow, while Bramble Vest, Last Whisper, and Zephyr were the buffed Radiant items.

Bug fixes were also a priority and will remain a focus heading into the launch of Set 7.5. Rakan will only taunt a unit once while Nomsy summons won’t double count Mage and Guild ability power changes. Sejuani can double cast with a Mage emblem properly and Tantrum will work with Rakan rage. The post-Treasure Dragon bugs were also resolved, preventing start-of-round benefits from activating at the start of the post-Treasure Dragon round.

All TFT Set 7.5 PBE changes from today’s patch will go live around 2pm CT. Players can continue to test out the new set on the PBE servers leading up to the official release of Dragonlands Uncharted Realms on Sept. 8.