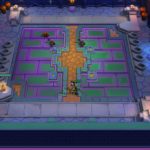 A new TFT midset, Dawn of Heroes, goes live on PBE servers July 8 via Patch 11.14. The update will include a new battle pass and purchasable cosmetics that showcase RPG-style and Western arenas, and more Little Legends. All art revealed by Riot remains susceptible to change prior to the official release of TFT Set 5.5 Reckoning: Dawn of Heroes on July 21.

There are a total of three RPG-style Little Legends in TFT Set 5.5: Druid Fuwa, Warrior Molediver, and dungeon-based Umbra. 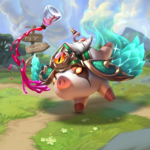 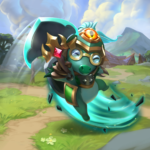 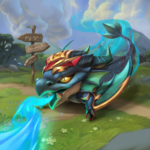 The Reckoning Set 5.5 battle pass-plus is priced at 1,295 RP and will release via Patch 11.15 on July 21. Four new booms are included: Jagged Path, Abyssal Chasm, Soul Siphon, and Shattered Heart. Booms are available in the battle pass-plus. Battle pass-plus tacticians can also earn an Order Pengu.

There are a total of two interactive arenas in addition to the three Set 5.5 battle pass arenas: Golden Bakery and High Noon Saloon.  Both interactive arenas are available for purchase in the League store for 1,380 RP ($10.99 mobile).

There are a total of five Sheriff Squink Little Legend variants. 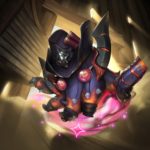 A total of four TFT Set 5.5 bundles are available in the store for purchase. All four bundles include the Reckoning battle pass-plus.

The Fearless Fellowship bundle costs 7,150RP or $54.99. It contains a total of four items.

Patch 11.16 will include Ranked emotes, as a reward towards assisting Pengu and helping restore the Skyglass.

The TFT Set 5.5 midset update will contain a soft-reset in Ranked. Players will move to one tier below their Ranked tier starting July 21. Any players Master and above are reset to Diamond 4. All players receive five provisional matches at the start of Set 5.5 Dawn of Heroes.

Evil Pengu is on the run and a new dawn is on the horizon. The midset TFT 5.5 update hits PBE servers on July 8. Players can obtain any of the new cosmetics by playing at least once a day to cash in on free Riot Points. An official launch of Set 5.5 Reckoning: Dawn of Heroes will take place on July 21.