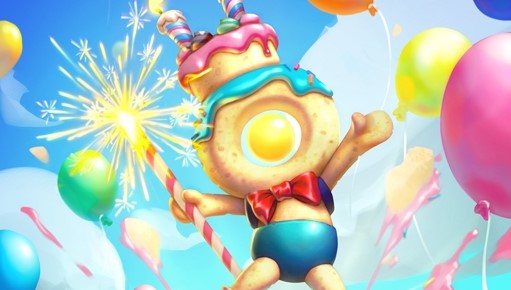 Teamfight Tactics fans can now earn a new colorful Little Legend over the course of Patch 11.13 with the addition of the Birthday Cakespirit into the game.

The delicious-looking spirit will be available from June 23 through July 7 and only requires players to compete in a single game of normal or ranked TFT to unlock it.

The Birthday Cakespirit is being added to the game in celebration of TFT‘s recent birthday. It takes an iconic Little Legend in the Runespirit and turns it into a cute little birthday cake guy complete with two candles planted into his head to celebrate the game’s two years of existence.

The addition of the two candles does suggest that perhaps this version of the Little Legend may never be available again, so make sure to secure one while you can.

With just two patches left until the reveal of Reckoning‘s midset expansion, players should be excited by the number of Little Legends, Arenas, Booms, and other cosmetics that could be released over the coming month. But until then, it’s time to celebrate TFT turning two and play as much of Set Five as possible while it’s still here.