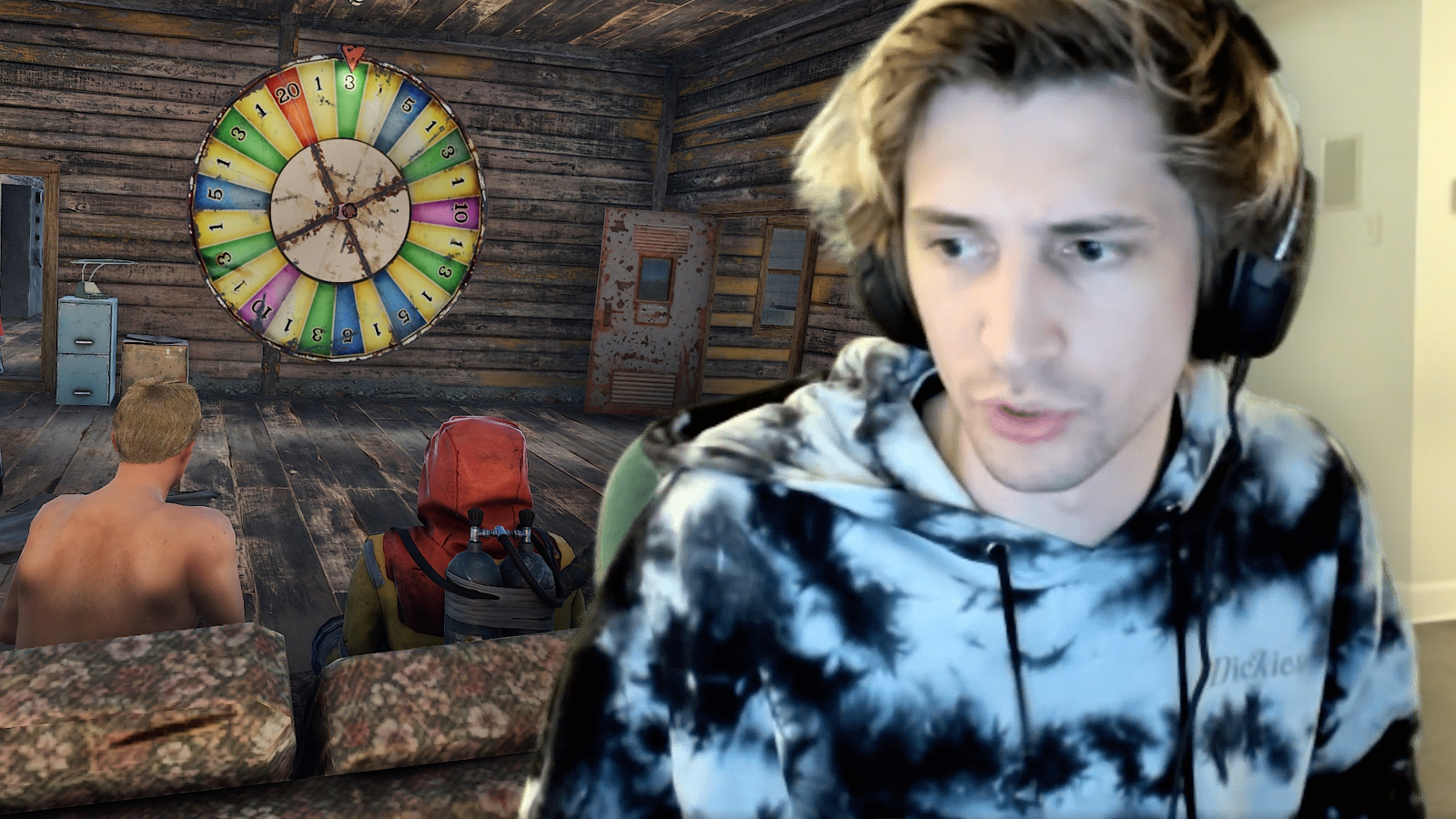 Image via Facepunch Studios and Screengrab via xQc on Twitch

Felix “xQc” Lengyel is in dire straits after having a rough start on the Rust Twitch Rivals 2 server. The juicer warlord put his scrap on the line in a wheel of fortune spin and lost it all—including his mind.

The wheel spawns at several locations but is most commonly found in the Bandit Camp. It allows players to test their odds in the hopes of multiplying their scrap, which is a form of currency. It’s a compelling alternative to farming scrap and fast-tracks the profession of weapons, tools, and armor with a bit of luck.

xQc was seduced by that thought, but it definitely didn’t pay off.

After his first spin netted him 342 scrap, the French-Canadian star went against his own rules and spun again. “I forgot the second law of gambling,” he said. “Always look out for the back-to-backs.”

And sure enough, he predicted his demise. Fortune wasn’t on his side, and he went berserk. “Fuck! I broke the second rule of gambling!” he shrieked while slapping his desk.

“Dude, I broke the second rule of gambling.”

“Always look out for the back-to-backs!” he added. The commentators couldn’t help but laugh as the camera panned away, leaving him staring into the abyss.

xQc has won big and lost bigger when it comes to gambling in the real world. However, the fact he’s used to it doesn’t make it any less frustrating—even if it happens in the virtual world of Rust and not on his usual slots.

Rust Twitch Rivals 2 kicked off on Aug. 9 and runs until Aug. 13. Other popular streamers are involved, too, including Disguised Toast, TheGrefg, and more.