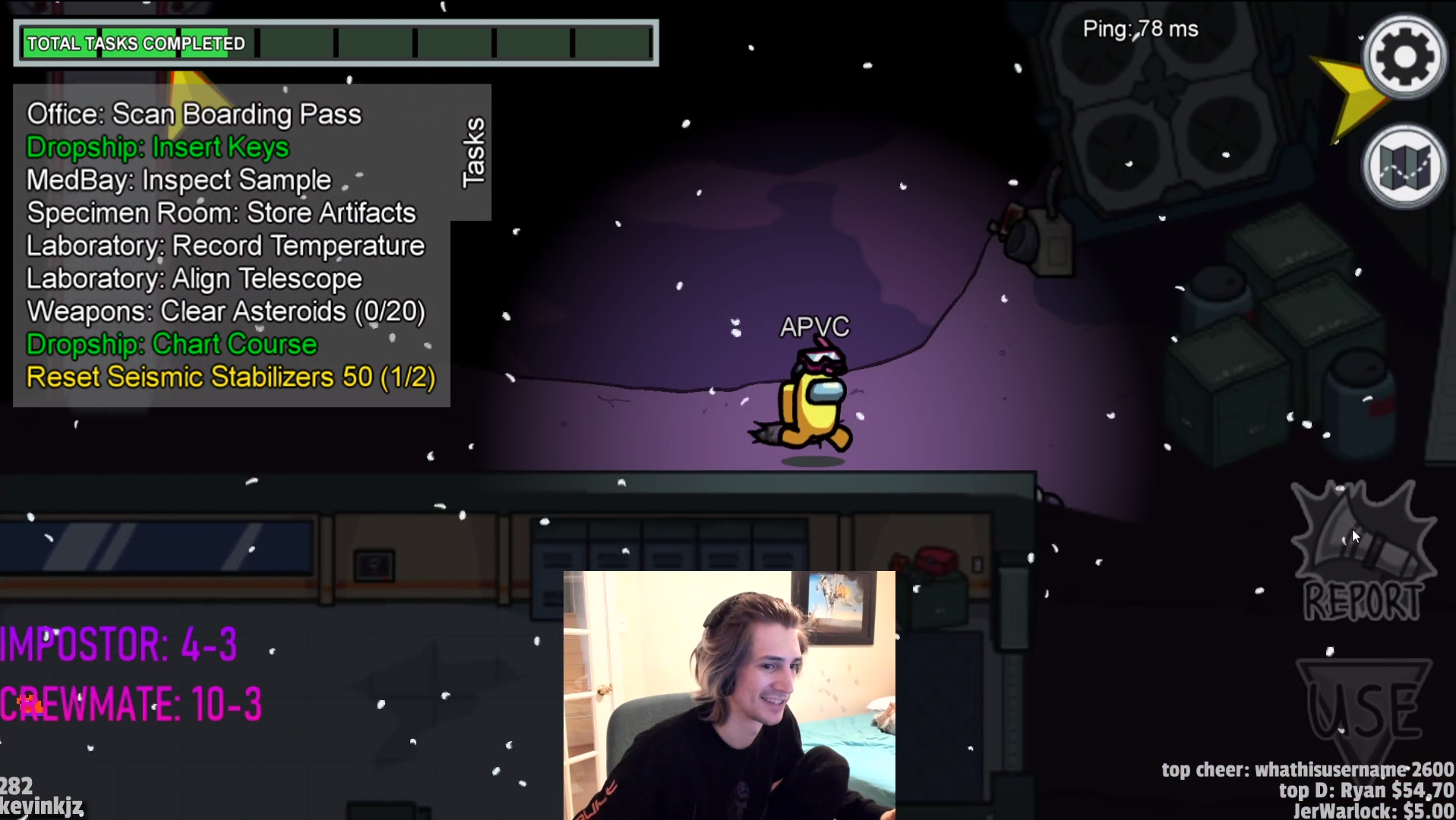 Among Us is a game that requires players to be extremely observant as they either try to eliminate the crew without getting caught or use their deduction skills to correctly identify the imposters before it’s too late.

Sometimes, one small oversight can see an imposter give themselves away—and that’s exactly what happened to Deansocool during a recent stream. As the imposter, Dean thought he had a perfect route to take out a crewmate on cams before being seen. But what he didn’t account for was the glass window used by xQc to correctly identify him as the imposter.

XQc didn’t just identify Dean, though. The streamer made a point of putting together a creative science-based quiz to help the team understand who the imposter was in a hilarious way.

After Dean took care of the crewmate on cameras, xQc was able to quickly identify the body since he saw the player there previously and noticed both the cameras go out and Dean leaving the security area through the glass window into Electrical.

As you can see from Dean’s reaction, he immediately knew he wasn’t going to get away with it as xQc continued to explain what occurred to his fellow crewmates.

XQc has been extremely active playing Among Us since the game’s recent spike in popularity, often putting on over eight-hour streams of the game and producing some of the most popular clips for a multitude of reasons.