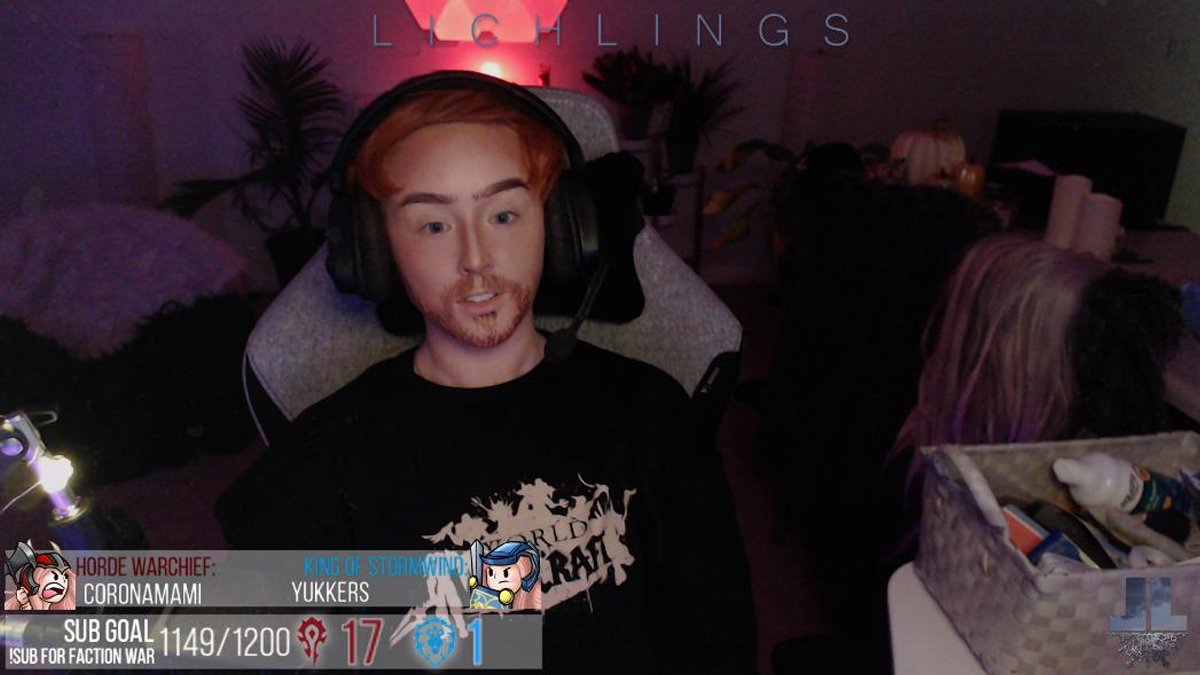 WoW streamer Lichling is celebrating the Halloween season by dressing up as Twitch star Asmongold.

Lichling surprised her audience Thursday morning with a hilarious and surprisingly accurate costume. The streamer sported a wig, drew on a fake beard, and painted her eyebrows to match Asmongold’s distinct appearance. She even went the extra mile and brought along cans of Dr. Pepper, fast food, and the iconic A1 steak sauce bottle to scatter across her table, replicating Asmongold’s old setup.

Lichling was feeling nervous at the start of the stream but quickly grew more comfortable in her new form. She committed herself to the Asmongold character by quoting some of his most popular lines and recreating a few of his memorable moments.

Lichling says she is a fan of Asmongold and was initially really worried that her community would think she was odd for choosing to dress up as the streaming celebrity.

The costume was a big hit with the streamer’s audience despite Lichling’s initial nerves. Many viewers complimented her for the attention to detail of the parody. Lichling also succeeded in passing her sub goal that was set at the start of the stream. She had a very special helping hand in accomplishing that effort, however.

Asmongold, the man himself, retweeted a screenshot of the costume Lichling posted to her Twitter. He then gifted 50 subs and hosted her channel.

Asmongold seems to enjoy Lichling’s parody of him as much as her audience does. Afterall, it is said that imitation is the sincerest form of flattery.