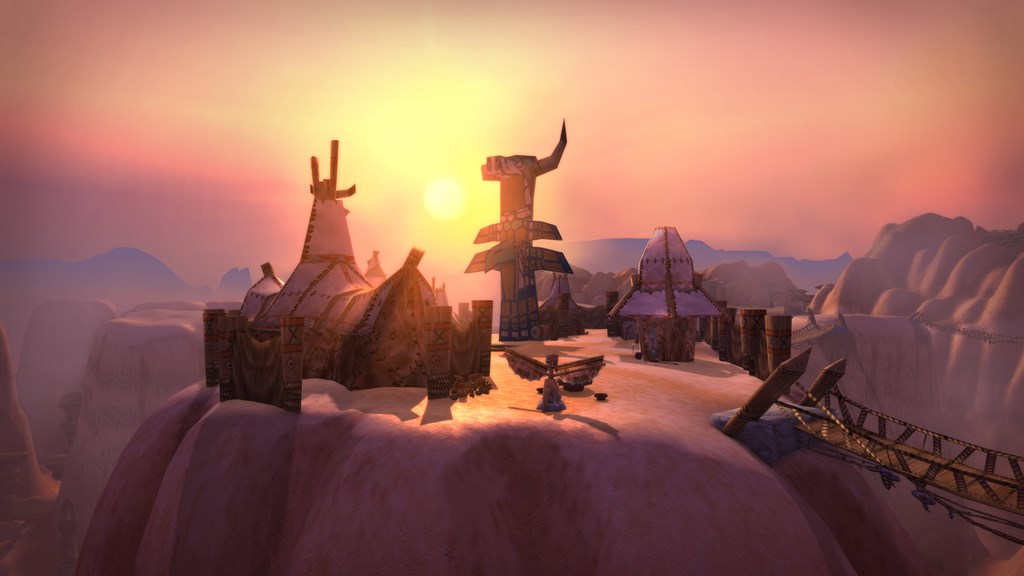 If you’re watching the World of Warcraft Classic phenomenon as an outsider, it probably seems bizarre that so many people would want to play a 15-year-old game.

Classic has been out for nearly two weeks now and it’s still regularly the most-viewed game on Twitch. Content creators who haven’t given Retail WoW a look in years are jumping into the craze and seemingly having tons of fun.

So what exactly makes Classic WoW so much more appealing than Retail? Although the reasons will vary from person to person, here are a few that the community seems to be in agreement on.

In real life, there are a plethora of reasons why you wouldn’t verbally assault a co-worker or friend. Outside of it being rude, you’d also have to deal with the social consequence of having your fellow employees view you as someone who’s impolite and aggressive. In Retail WoW, Blizzard makes use of a mechanic called phasing that essentially eliminates the need to play with people from your own server. This means when you run a dungeon with a group of random people using group finder, odds are none of them will be from your server.

This gives rude players more freedom to exploit some of the nastiest parts of an online game. Players can steal loot they don’t need, be verbally abusive, and even purposefully sabotage your dungeon run with little to no repercussion. But in Classic WoW, you do everything with people who are always on your server. This means you might see the same person questing out in the world at level 35 as you did at level 11.

Much like how you see the same co-workers every day in real life, the people on your server will act as your community. People can build a good or bad reputation on a server based on their actions. People who steal gear they don’t need are continuously called out in world chat and will find themselves blacklisted by the entire server if they don’t change their ways.

In the time since WoW’s initial release, the game’s talent system has undergone a variety of reworks and changes. The current talent progression system in Retail WoW only allows you to get something new after leveling at least 10 times. You’ll actually have more talents that require 15 levels to unlock instead of 10.

Even though the system is drastically different, with Classic WoW, you’re afforded a talent point every level. That talent point then allows you to select a beneficial effect from three trees tied to the magic and abilities your class uses. It may only have a small impact at each level, but this makes it feel like you’re constantly working toward something on your talent tree. You get a reward at each level, even if it’s small. With Retail WoW, you can level for hours and feel like you’ve accomplished nothing besides changing a number on your screen.

Many people on Retail WoW play all the way to the end game without caring about professions. This playstyle may work for some people, but many RPG fans enjoy the fantasy of having a side hustle that can benefit your in-game bank account as you carry out your adventure. Thanks to the pace of leveling in Classic, professions can do even more for you besides help make money.

If you’re a Warlock or Mage and you pick up Tailoring as soon as possible, you’ll soon find yourself gathering everything you need to make a starting suit of armor. As you continue to gather materials and level your Tailoring along your adventure, you’ll learn new recipes that benefit where you are in terms of progression in the game. As long as you don’t completely ignore your Tailoring, by level 20, you’ll probably have a few recipes that reward gear you can actually wear. This same example can be applied to any profession in Classic and wearable gear is only the tip of the iceberg.

This doesn’t mean that Professions in Retail WoW are entirely meaningless. But you’re bombarded with so much gear while leveling in Retail that gearing in the method mentioned above is essentially pointless. There are still many opportunities for gold making and other activities in Retail WoW, but they don’t affect the game the same way they did in Classic.

If you go through Classic without having Professions, you’re severely limiting yourself in terms of progress. With Retail WoW, as long as you play your cards right, you can experience the entire game besides Professions without ever picking one up.