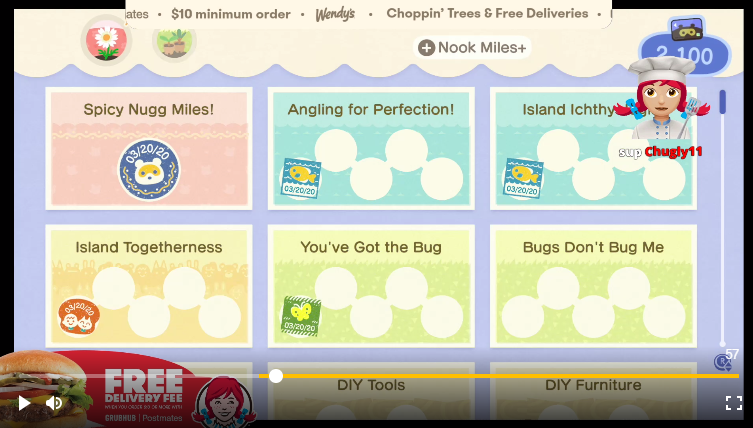 The restaurant’s Animal Crossing character was named Wendy and she was modeled after the company’s logo. The stream’s title was “Choppin’ Trees and Free Delivery.” Wendy’s even named its island Spicy Nugg in honor of the meal deal it’s promoting.

The promotion was both cute and well-timed. Wendy’s is well known for its charismatic brand personality on social media. Wendy’s social media managers have developed a corporate persona of Wendy that emphasizes fun, humor, and wit.

This Animal Crossing stream only reinforces Wendy’s commitment to this unique corporate brand. The stream was a huge success, despite the oddity of watching a corporate persona pay a mortgage on a tent. The stream peaked at over 16,000 viewers watching Wendy catch butterflies, cut down trees, and interact with other residents of Spicy Nugg island.