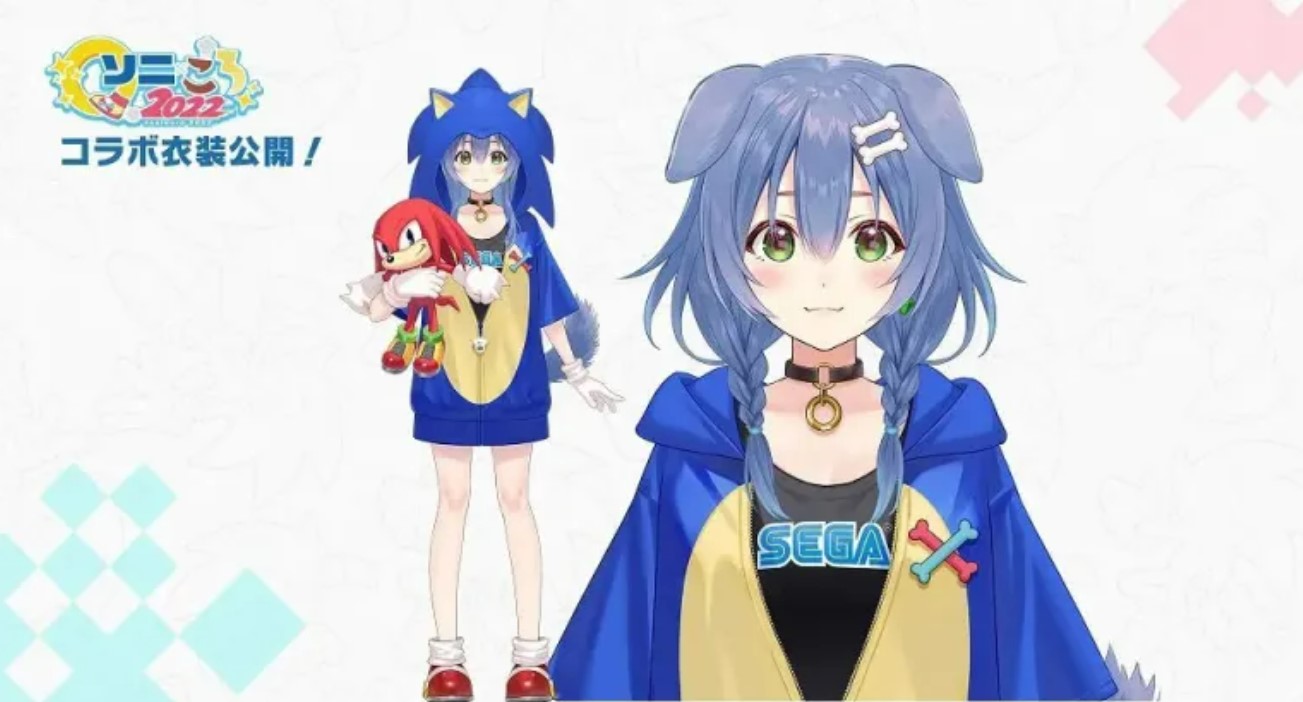 During a livestream ahead of the launch of Sonic Origins, Sega announced a year-long partnership with VTuber Inugami Korone.

Details aren’t out detailing the full extent of the partnership, but there are already several collaborations in the works. Korone is set to appear as voice-over talent in the Japanese dub of Sonic the Hedgehog 2, releasing on Aug. 19 in Japan.

Korone debuted a new Sonic-themed outfit on the livestream as well.

This isn’t the first time Sega’s blue speedster embarked into the Vtuber realm. Last year as a part of the 30th-anniversary celebration, Sega turned Sonic into a VTuber for a special stream. This was followed up in March this year, with Tails debuting as a VTuber with TailsTube.

Sonic Origins was released on June 22 and is a collection of several classic Sonic games.

The collection includes Sonic the Hedgehog, Sonic the Hedgehog 2, Sonic 3 & Knuckles, and Sonic CD. The game was released on Playstation, Xbox, Nintendo Switch, and PC through Steam and the Epic Games Store. Sonic Origins isn’t the only game expected to be released. Sonic Frontiers, an open-world game, will release during the latter half of 2022.