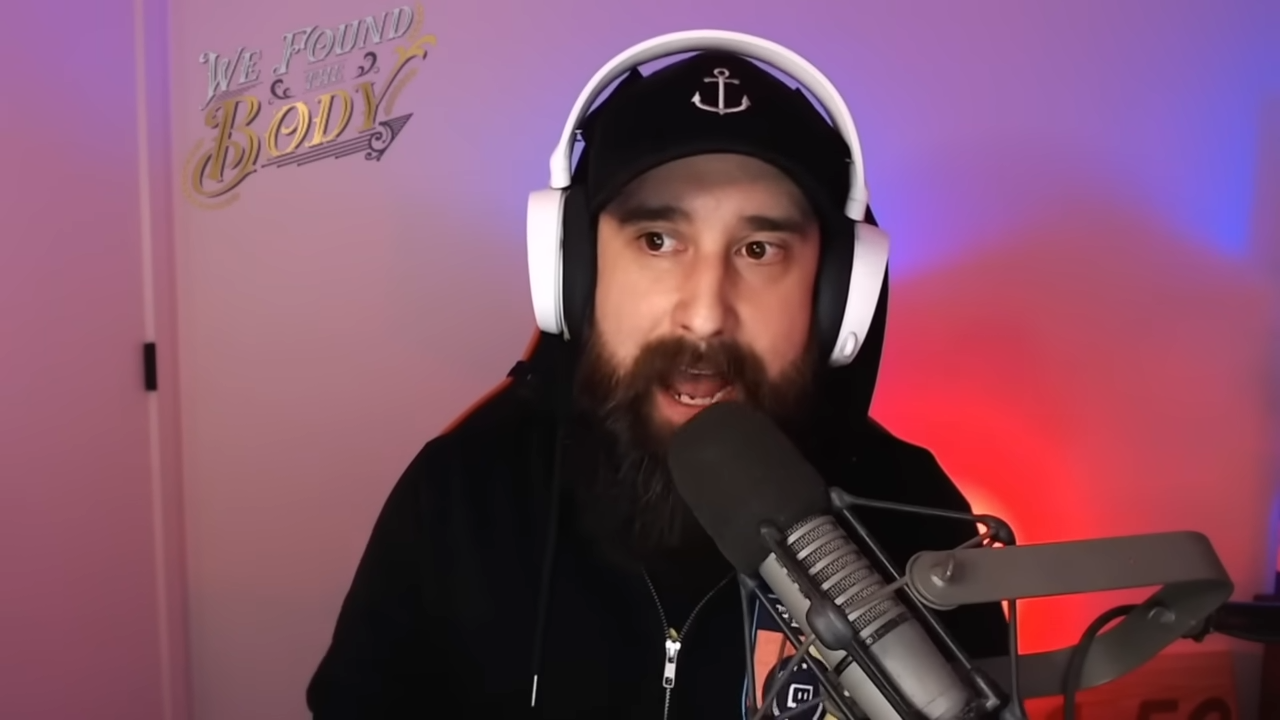 Twitch streamer WeFoundTheBody has issued an apology video after being condemned for calling out a viewer for “trauma dumping” in his chat.

During a recent stream, WeFoundTheBody realized one of their Twitch fans, fellow streamer MissNerdyCurvy, was back in his chat after being absent from the community for a while. He asked her “where the fuck” had she been. She responded her mother had died and WeFoundTheBody immediately reacted with anger.

WeFoundTheBody went on to say he expects his viewers to keep it light in chat or be vague when talking about their negative feelings and experiences to avoid sharing “heavy news” on Twitch, calling that “bad etiquette” and “not the place.”

MissNerdyCurvy responded in a TwitLonger: “As a streamer I can highly understand how uncomfortable it is when someone trauma dumps or drops heavy news like that and it wasn’t my intention.

“I know that if it was me being told that news it would of ended differently. I would of said something like, ‘Oh no, I’m so sorry for your loss.

“I know that has to be super hard on you right now, but since I’m streaming and cannot give the proper time and attention for this conversation that’s deep how about you reach out to me privately or something and we can talk about it more.’ I would of done something along the line of that instead of shitting on someone who is deeply hurt and has been following for a long time.”

In response to her TwitLonger, the streaming community told MissNerdyCurvy she was not “trauma dumping” and had simply answered his question.

Many pointed out he could have easily just told her “sorry for your loss” and moved on instead of ranting to her for such a long time. Others felt bad for MissNerdyCurvy that she appeared to be a long-time follower and was still treated with disrespect and coldness.

As the criticism continued, WeFoundTheBody decided to release an apology video. In the video, he explained that it’s well-known in his channel he doesn’t handle trauma and heavy news very well on his stream.

“This has been made clear many times over the past four-plus years,” WeFoundTheBody said, adding he has a text in his chat that further emphasizes this point.

He also accused MissNerdyCurvy of chopping and editing his response, stating she had hijacked his chat by bringing it up three times.

He added he has been spoken to about trauma dumping before but has continued to “violate this expectation” including sharing sensitive information about an abusive relationship. WeFoundTheBody said the two of them discussed her relationship in Discord later.

Some Twitter users were not satisfied with his apology, however.

It was pointed out that he had made some harsh comments on-stream the same day that appeared to undermine his own statement. One clip was shared of WeFoundTheBody calling people “whining pussies” and “obnoxious little bitches.”

WeFoundTheBody’s behavior caught the attention of some big-name content creators who further condemned him earlier today. A lot of people in the YouTube comments of Charles “MoistCr1TiKaL” White Jr.’s latest video on the subject shared their own feelings about their parent dying and said the situation could have been handled with a lot more respect and care.

On Twitter, WeFoundTheBody stated: “In response to NerdyCurvy/my reaction to the news she shared in chat while I was live: My apologies to her. That was a cunty reaction. I shouldn’t have been such a douche. I was just annoyed from the repeated trauma dumping that had been happening that week. My mistake.”