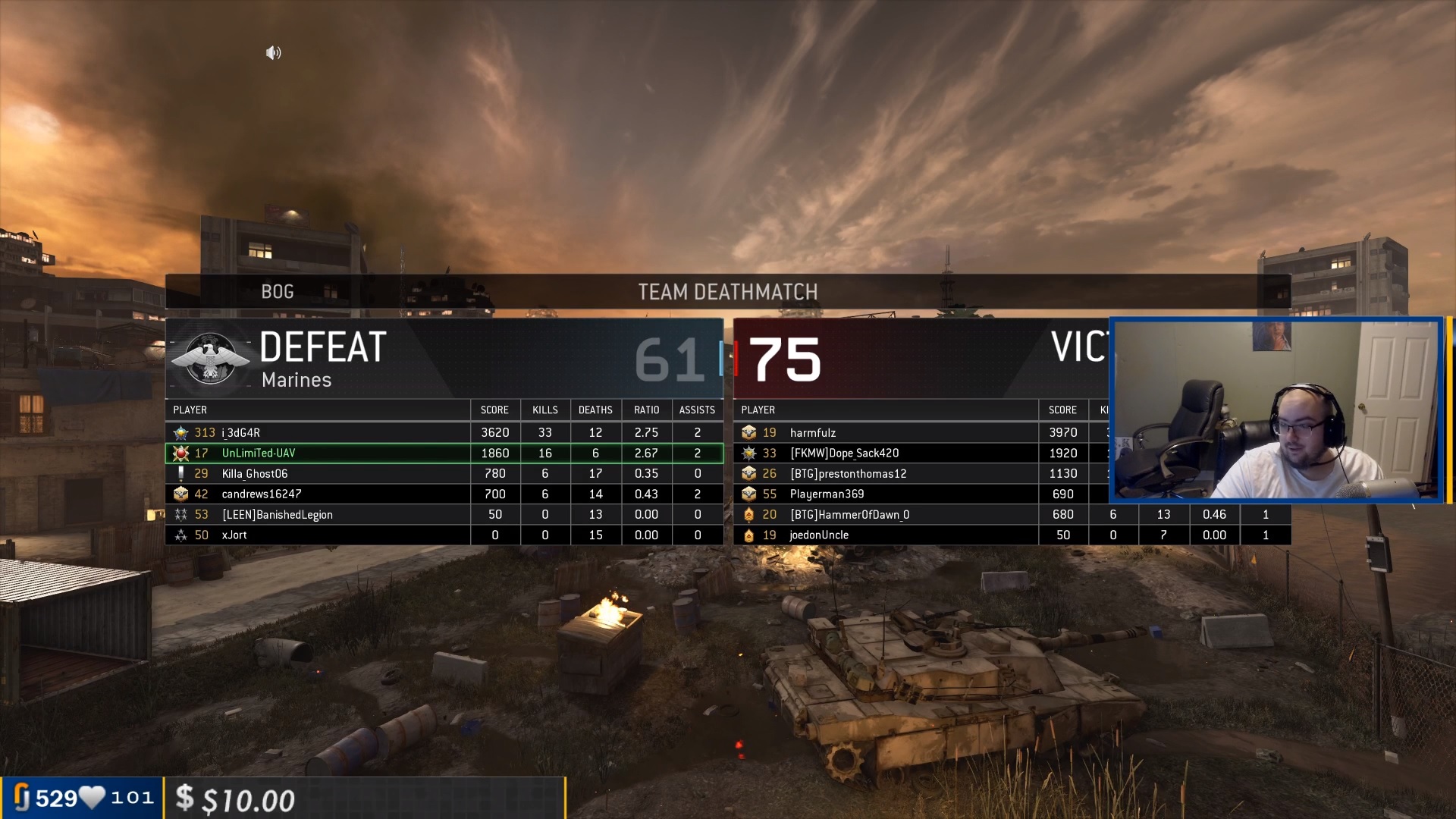 Richard “WingsOfRedemption” Jordan has been playing Call of Duty since the early days of YouTube. But the remastered version of Call of Duty 4: Modern Warfare might have turned him from fan to detractor yesterday.

WingsOfRedemption was streaming Modern Warfare Remastered, which was released in November 2016, yesterday. While he was personally doing well during the game, a loss caused his frustrations to boil over. He started to demand donations to continue playing the game.

“I hate to be like this, but if you want this stream to continue, it’s gonna be $10 an hour,” WingsOfRedemption said. “We need to make $10 in donations per hour for this shit to continue or I’m just gonna get off.”

The streamer continued to deride the game, saying that “this is cancer” and that it wasn’t “fun at all.” While his chat mostly responded with laughter, nobody seemed to be taking WingsOfRedemption’s tirade seriously because donations failed to roll in.

WingsOfRedemption was a popular YouTube content creator for the CoD series but is now notorious for his outbursts and rage moments. Videos compiling his Twitch tempers routinely get tens of thousands of views. A two-hour video by Fredrik Knudsen details his rise and fall as an online personality.

It doesn’t seem like WingsOfRedemption will be returning to Modern Warfare Remastered after this fiasco. The streamer tweeted afterward, announcing that the stream has turned him off from the game once again.