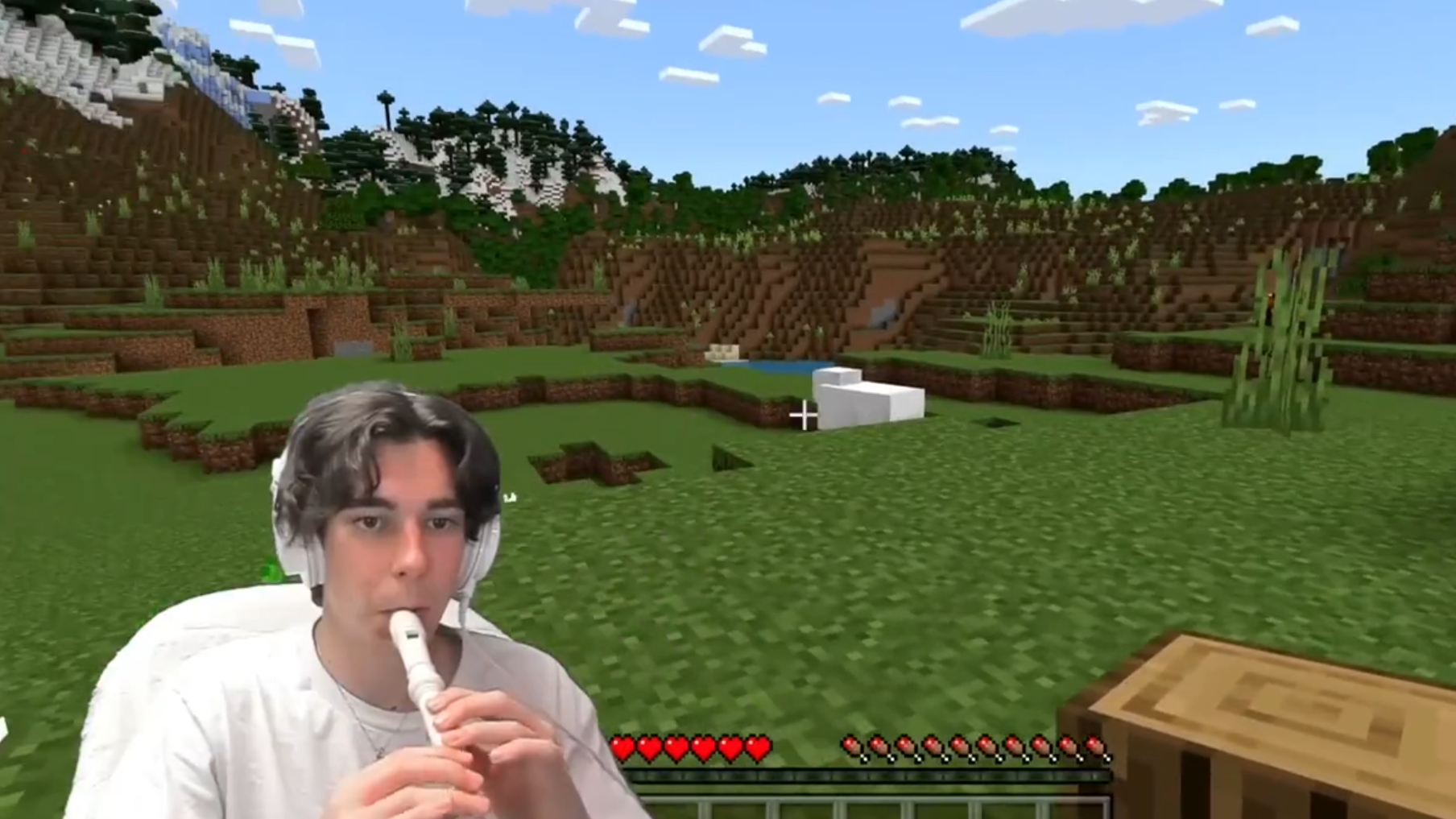 If livestreamers can be credited with anything, it’s that they have continually found unique and innovative alternatives to traditional controllers. From beating Dark Souls with a Ring Fit Adventure ring to besting Elden Ring bosses with only bananas, streamers have seemingly found every way to defeat difficult games using anything but the controllers they were made for.

Variety streamer DeanoBeano pushed this niche community another step forward with his use of a recorder, the musical instrument you may remember from middle school band, to play video games. The streamer quickly went viral after a clip of himself playing Minecraft with the odd controller set-up was shared by Daily Dose of Internet.

Though DeanoBeano has not gone in-depth sharing exactly how this idea came to be, it is clear that specific notes or finger placements control specific game inputs. This is not the first time the livestreamer has hooked up unconventional controllers, as DeanoBeano has previously used drum kits as well as Guitar Hero controllers to play a wide variety of games.

Minecraft is not the only game DeanoBeano has flexed his recorder prowess on, as the streamer claimed an impressive, highlight reel worthy collateral double kill in Call of Duty. Being a much faster paced game than Minecraft, DeanoBeano’s jump into the popular FPS certainly seemed to require a far greater lung capacity to make plays.

While DeanoBeano may not be the first streamer to plug in an unorthodox controller, his advent of the recorder controller may be one of the most innovative in the space.