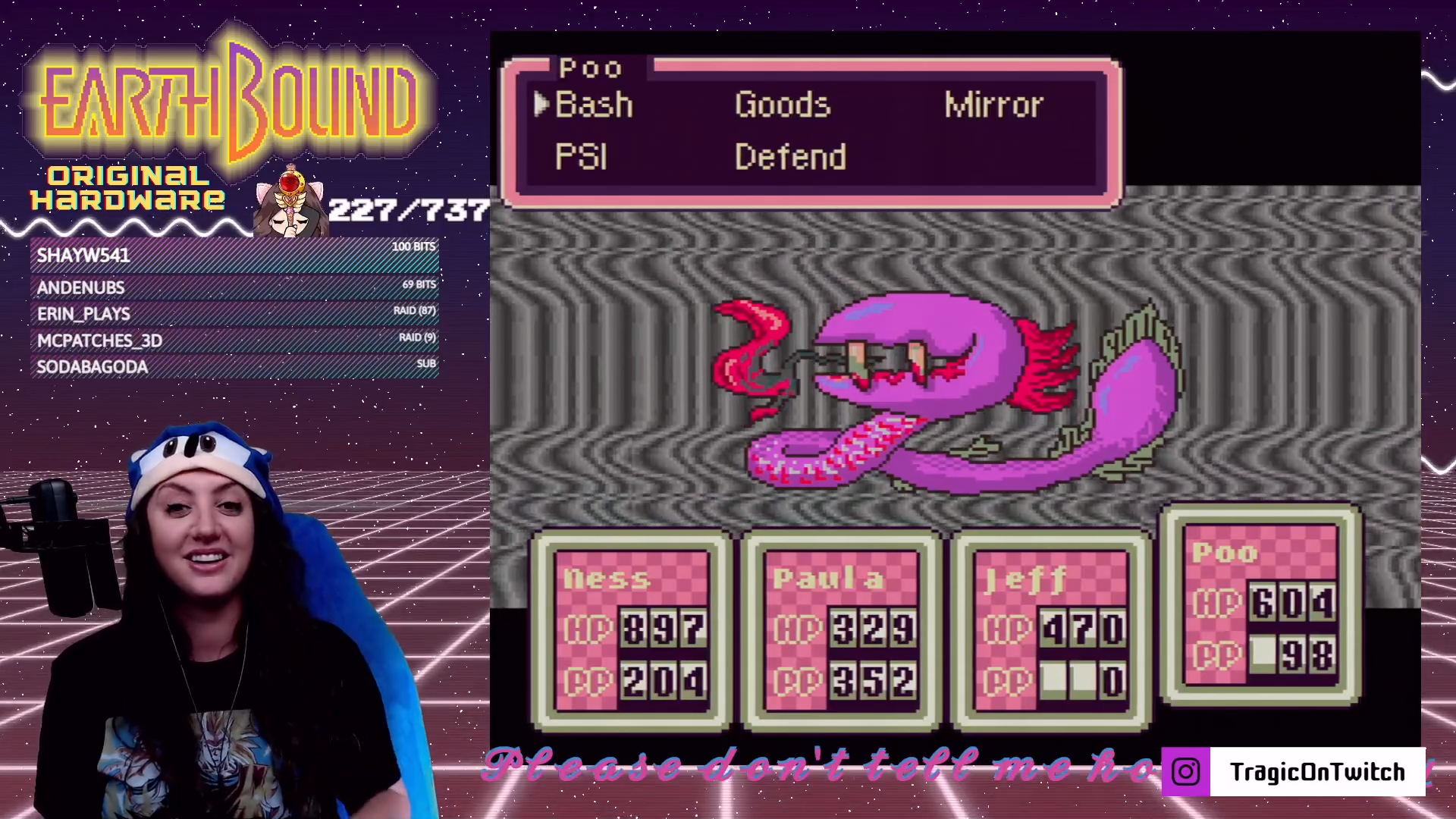 Twitch streamer TragicOnTwitch spent has spent the better part of her week relentlessly farming Earthbound for one of its most powerful and elusive items, the Gutsy Bat.

True to her name, just whenever she came within reach of the item, tragedy struck as in her excitement she kicked the console, powered off the game, and lost her progress.

On May 12, TragicOnTwitch loaded up Earthbound to continue pursuing the Gutsy Bat, largely considered Ness’ best weapon in the game. Along with being among the most powerful weapons, it is simultaneously the hardest to obtain as it only has a 1/128 chance of dropping.

To add another layer of difficulty, the item is only dropped by one mob in the entire game, the Bionic Kraken. For the past four streams, each reaching above the eight-hour mark, TragicOnTwitch had slain the kraken more than 200 times to no avail. The streamer went through a rollercoaster of emotions during her most memorable run at the monster, however, quickly obtaining and losing the precious item within seconds.

Nearing the kill on the Bionic Kraken, TragicOnTwitch chanted “204 Krakens,” referring to the number of times she had dispatched of the enemy mob. The streamer’s breath was nearly taken away as text reading “The enemy left a present!” appeared. Given that the only item that the kraken drops is the Gutsy Bat, TragicOnTwitch knew that her hard work was finally about to pay off.

Visibly unable to contain her excitement, the streamer jumped out of her chair and accidentally kicked her console. As she was about to receive the Gutsy Bat, all she actually received was a blank, blue screen. Screaming in horror, TragicOnTwitch realized what she had done and could only respond with hysterical laughter.

Though TragicOnTwitch may not have received her prized item, she got a very memorable moment on stream regardless.