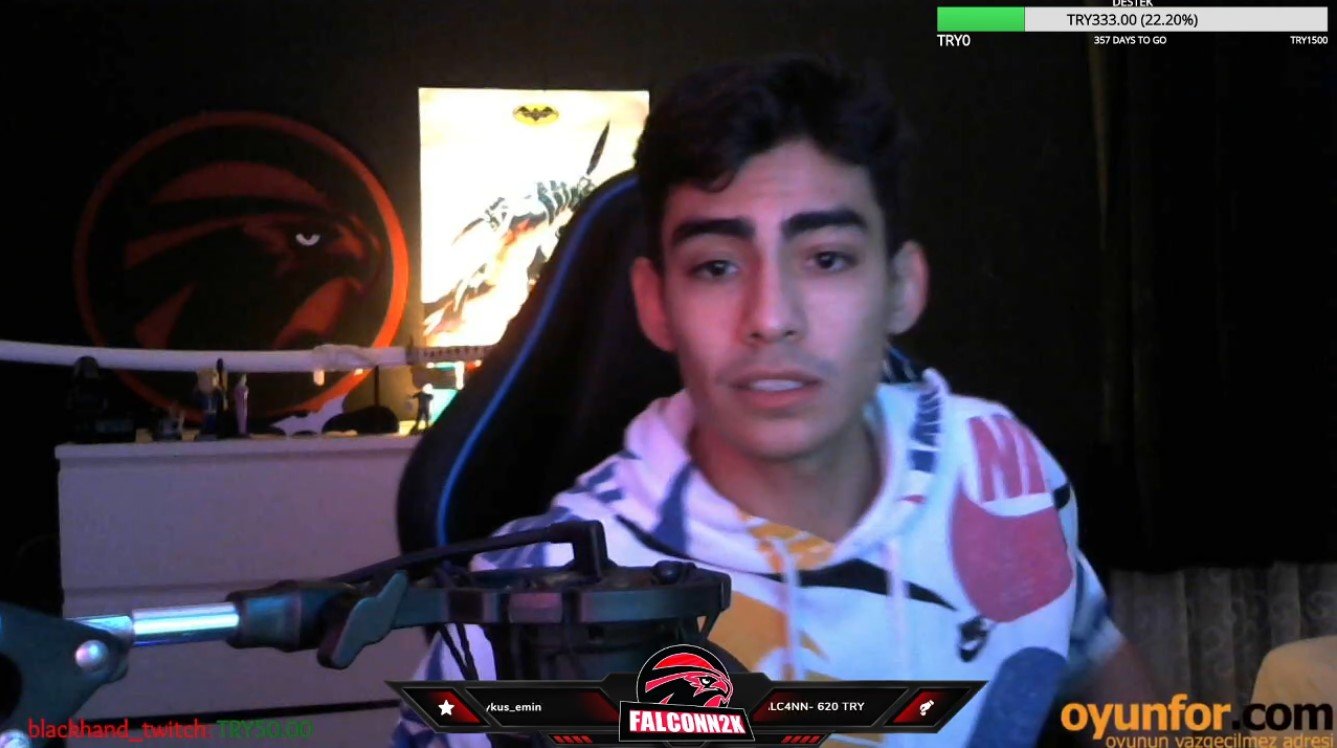 Twitch streamer Arda Can “Falconn2k” Özel, located in Turkey, experienced the effects of a 7.0 magnitude earthquake on stream earlier today.

Bulgaria, Turkey, Greece, and North Macedonia were hit by an earthquake that caused significant damage across all of the countries affected, particularly surrounding Turkey’s Izmir province, according to the U.S. Geological Survey. And streamer Falconn2k experienced it all while he was streaming on Twitch.

The streamer quickly exited his room once he felt the earthquake. Viewers could heard the sound of glasses and equipment falling to the floor while his webcam continued to shake. The full force of the earthquake appeared to last around 40 seconds before gradually subsiding.

Falconn2k, from Izmir, felt the full force of the earthquake along with the rest of his family. But following the incident, he said on Instagram that he and his family remain unharmed.

“Hey everyone, thank you for all of your kind wishes, we’re fine and currently chilling by the shore,” he said. “My dog (Bade) is here as well.”

Falconn2k later said he plans to answer any questions fans may have regarding the incident when he streams on his Twitch channel today.

The earthquake has reportedly taken the lives of 12 people so far in Izmir, a city with a population of around 4.36 million, with another 438 injured. Mass flooding caused by shallow tremors has left countless people without homes, according to BBC News.