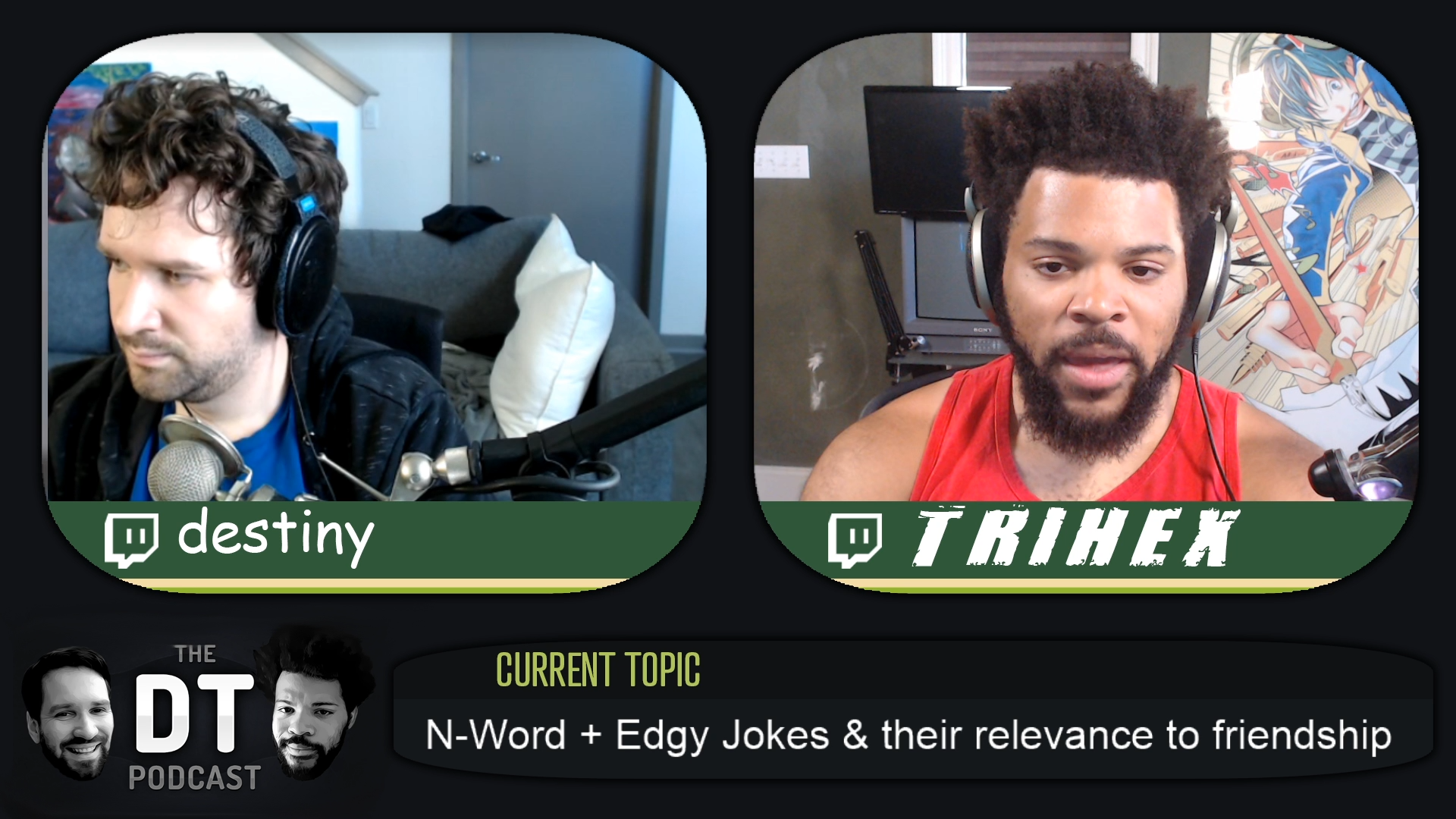 Twitch streamers Destiny and Trihex are no longer working together on their podcast, Destiny confirmed last night. The announcement came minutes after the pair discussed, on stream, Destiny’s use of racial slurs in private.

In their conversation on stream, Trihex opened up to Destiny about how offended he was when Destiny used such words in private. Trihex had learned of Destiny’s use of the n-word in private over the weekend while participating in another live podcast with the streamer. During that stream, Destiny said there was nothing he could do for Trihex if that fact offended him.

Trihex said Destiny’s stance made him feel “disposable” and that he was not willing to associate with the streamer again. He would feel like a token that would give Destiny implicit permission to use the n-word freely.

Destiny said he couldn’t apologize to Trihex, saying that using such racial slur, when said as jokes in private, are something he believes are harmless. As a principle he apparently cares deeply about, Destiny never apologized to Trihex or said he was wrong. Instead, he said he’d be willing to throw everything away for his principles, indirectly including Trihex’s friendship.

A little over 40 minutes in, Trihex ended the conversation, clearly frustrated with how Destiny would not apologize or rethink his claims. He ended the call with Destiny and left his chat alone for a few minutes while he calmed down.

Destiny’s been defending the use of the n-word as a white man for some time now. He believes it’s intent that matters when it comes to racism, and not the words themselves, but he still felt the need to publish a seven-minute video in 2017 clarifying why he was not racist for doing so.

Earlier today, Trihex listed out what bothered him the most about his conversation with Destiny, mentioning tokenism, lack of empathy, and the n-word usage in private.

“Edgy jokes, including slurs, can be hurtful,” Trihex wrote. “Public knowledge of them is a weird position to be in as it calls on principles to dictate how you feel.”