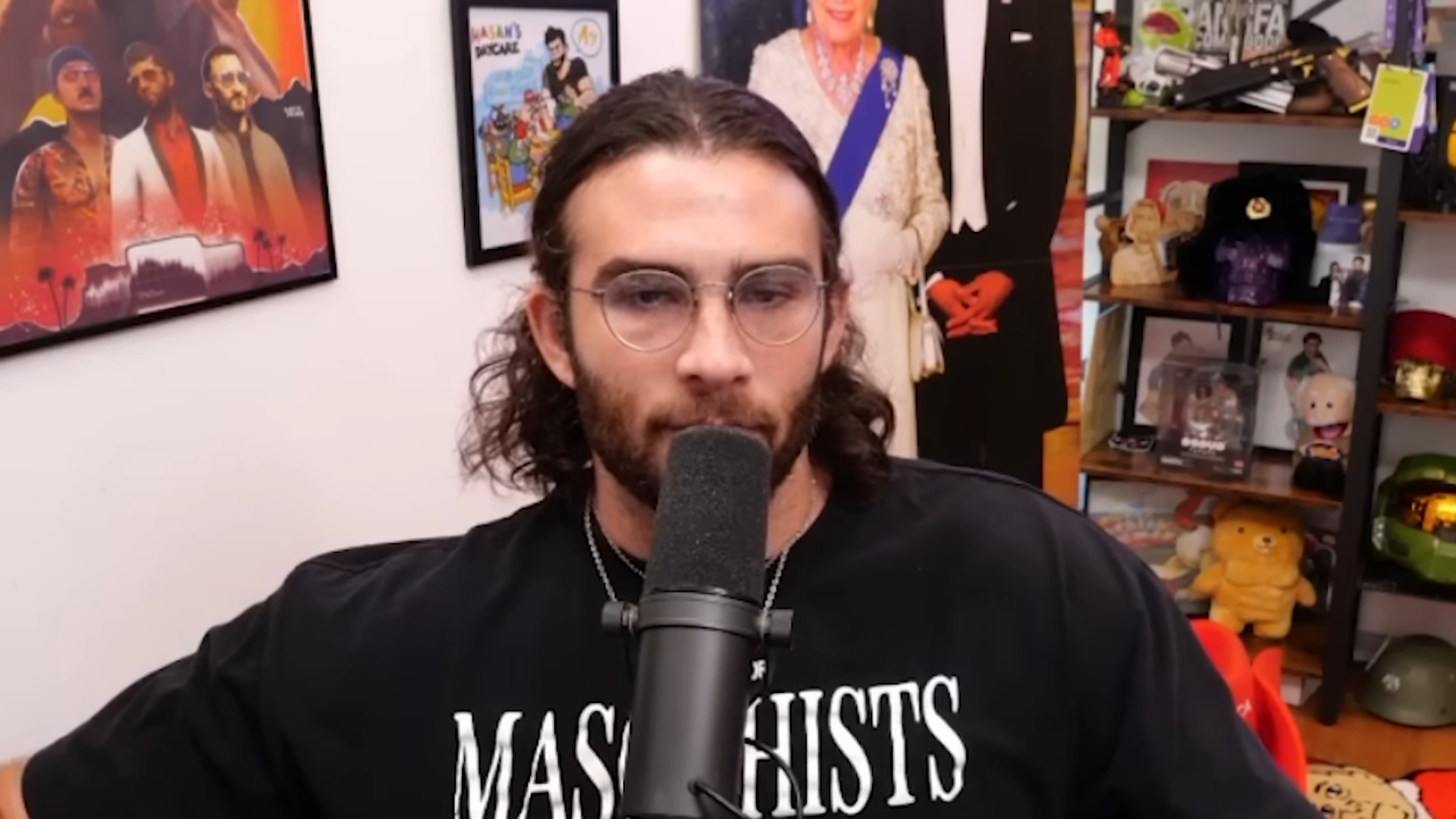 Political commentator and Twitch streamer Hasan Piker put England’s mourning of the Queen on blast, drawing a comparison between England and North Korea in their reverence for unelected leaders.

Hasan Piker has undoubtedly been one of the most vocal critics of Queen Elizabeth II in the wake of her death. Discovering her death amid Shit Camp, a collaborative live streaming event hosted by QTCinderella, the notorious political commentator quickly rushed to his impromptu streaming set-up to celebrate the monarch’s passing.

Over one week after her death, England has entered the nation’s 12-day mourning period, which involves a nationwide casket showing accessible to members of the general public. Being broadcasted on television, the U.K.’s mourning period has continued to circulate news regarding the Queen’s death, though now more about the logistical complications as the mourning queue has an approximate 18-hour line.

While watching coverage of the Queen’s mourning, Hasan drew a comparison between North Korea and England. The streamer stated that while the world at large mocks North Korea’s adherence and reverence for its authoritarian regime and leaders, England’s mourning period for its monarch bears a striking resemblance.

“I mean, this is North Korea shit. This is exactly what they mock North Korea over,” Hasan pointed out the alleged contradiction, “but once again, when we are doing it, it is actually adequate, and good, and righteous, and just. When North Korea does it, it is happening because it is authoritarian, and bad, and wrong.”

Like much of Hasan’s content, particularly his views on the monarchy, the political commentator was met with significant resistance in his chat. While England adopts its new monarch, King Charles III, Hasan has, and likely will continue to, make his case against the royal family known.