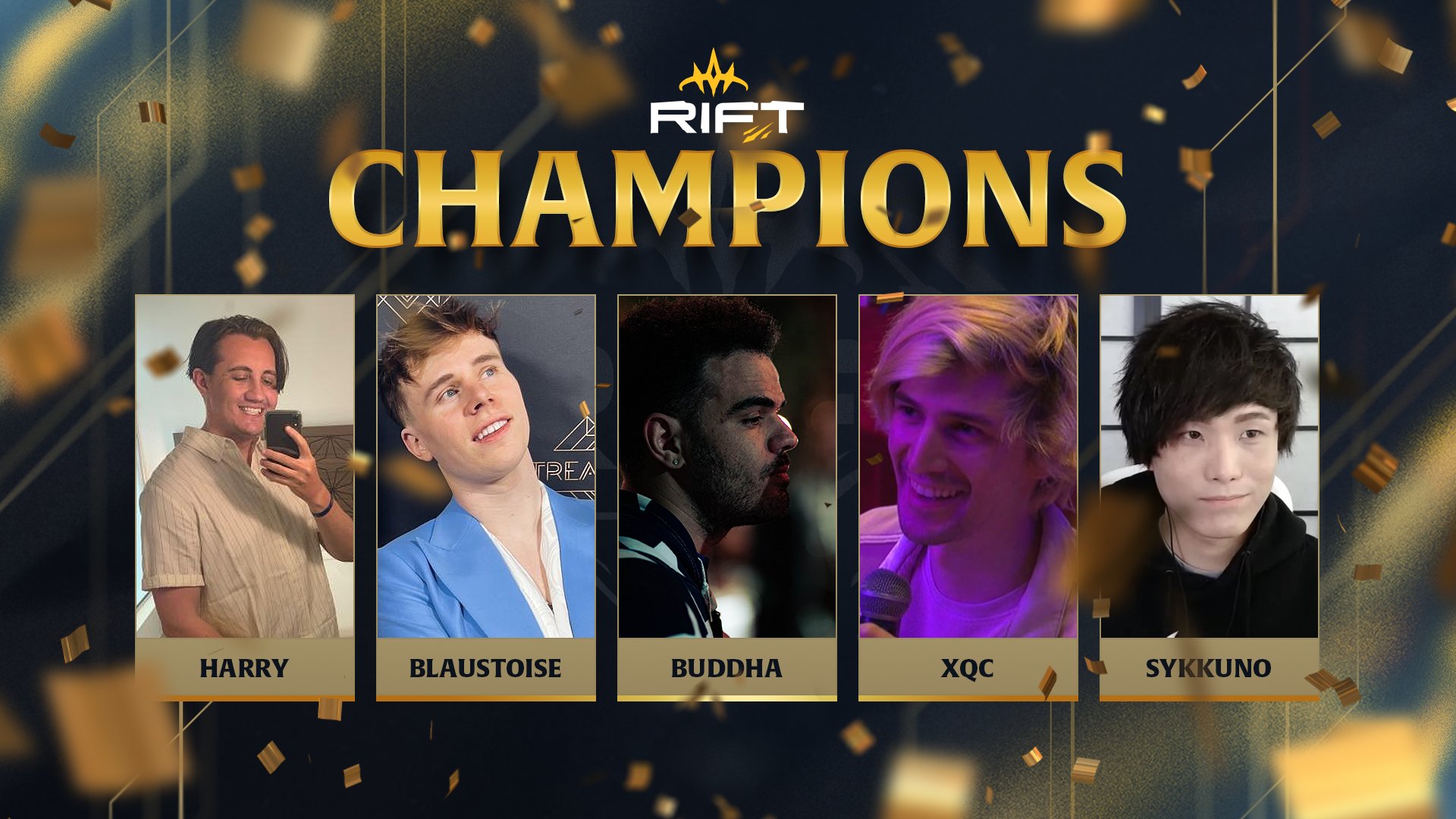 On March 14, OTK announced its $10,000 League of Legends tournament hosted by streamer and OTK member Emiru. The tournament boasted some of the most popular names on Twitch as Buddha, Sodapoppin, Esfand, Tectone, Mikif, Erobb, QTCinderella, and MoistCritikal were all announced as team captains. Certainly not the only big names in the event, xQc, Sykkuno, Myth, and Will Neff were just some of the other players competing for prestige and prize.

Spanning only one day, the eight teams were separated into two groups in a single round-robin format to determine playoff contenders. Teams Buddha and Erobb were early leaders in the competition, being the first two teams to lock in their playoff spots and go undefeated in the group stage. With Team QTCinderella and Sodapoppin also narrowly escaping their groups, the top-four bracket was set.

Teams Buddha and Sodapoppin defeated their semifinal opponents to meet in the tournament Grand Finals, while Team Erobb went on to win the third-place matchup against QTCinderella. In a best-of-three matchup, the two finalists went the distance, but ultimately Team Buddha took the crown.

Team Buddha took an early lead on the series. The bottom lane duo of xQc on ADC and Sykkuno’s support overpowered their opponents and proved to be one of their team’s strongest points. Team Sodapoppin fought back, taking the second game of the series through Sodapoppin’s heroic Lee Sin play and his team’s unorthodox Renata pick.

Tied 1-1, the game remained even in terms of kills until a decisive fight at the Baron pit turned the match for Team Buddha. With their Baron buff, Team Buddha sieged the enemy base, making progress but eventually going for a second Baron before ending the game at 36-minutes.