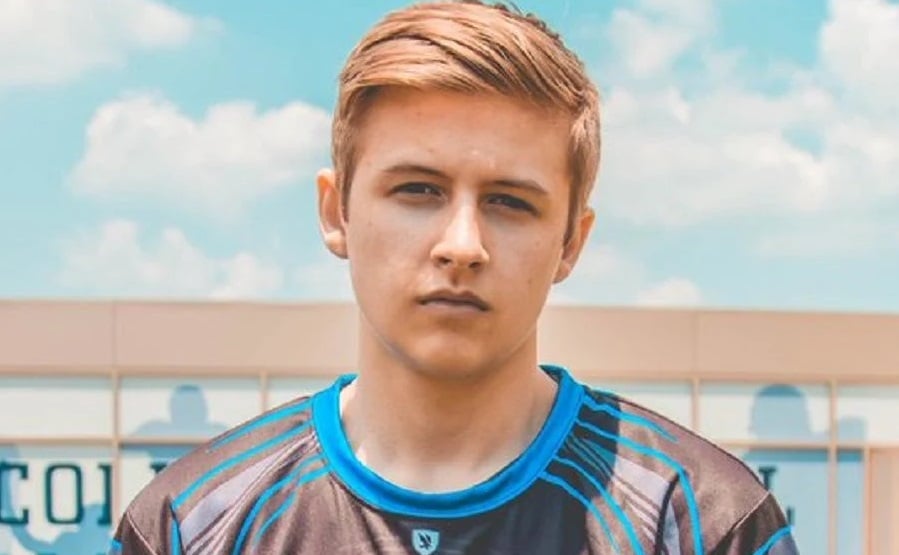 Battle royale streamer Symfuhny has seen his channel grow leaps and bounds in the past two years.

During Fortnite’s boom in 2018, the streamer averaged fewer than 2,000 viewers according to viewership tracker Sully Gnome, with most of his growth coming at the end of the year.

Now the Twitch partner regularly reels in more than 10,000 average viewers for his Call of Duty streams.

While there is a sea of streamers in the past few years who have worked on making it big, Sym is one of the few who have managed to force his way into ranks as one of the top 50 most-watched streamers on Twitch.

If you’re looking to make waves like Symfuhny, taking notes from his setup will be your first step on the way to building your channel.

If you’re looking to get the same mouse as Symfuhny, you might have to do a little bit of searching. The Finalmouse has been sold out of its Ultralight 2 model for a while.

At only 47 grams, this extremely lightweight mouse is perfect for cranking 90s in Fortnite or just making quick 180 degree spinning headshots in Warzone. With a few bindable buttons on its side and top, the Ultralight 2 is extremely popular among top tier battle royale gamers, even though you can’t get it anymore.

Similar to Symfuhny’s mouse, the Sennheiser HD 700 has been discontinued, so checking some second-market vendors will be your best bet for getting a pair. The over-ear headphones are some of the most high-quality audio devices you can get, and they will likely cost you a pretty penny.

If searching around for a pair of un-used HD 700 headphones doesn’t work out for you, Sennheiser has a number of similar studio-level headphones with comparable features still in production including the HD 800. For those on a budget, the brand has less expensive alternatives like the HD 560S as well.

To add to his plethora of difficult to obtain gear, Symfuhny’s limited edition keyboard provides as much color as it does quality.

The Fortnite Llama-inspired piece of equipment has all of the pastel colors you’d expect to find on one of the game’s loot pinatas.

As for his silver switches, they’re made to be light, linear, and have a short actuation distance for maximum responsiveness for quick decision-making while you’re fighting for a win.

There’s no better way to click heads than with one of the best monitors on the market, and Symfuhny certainly has one of those. Alienware’s 240Hz monitor comes with a one millisecond response time.

You might have a tough time finding an unused one, but if you’re looking for a comparable 25-inch screen by Alienware, be prepared to pay a premium. The monitors are top of the line, and their retail price reflects that.

If you’re looking to copy Sym as closely as possible, your best bet is to probably nab one of the Alienware 25 Gaming Monitor AW2521HF models that are still in product. They have practically identical features to the one he uses.

The new generation of graphics cards might be out, but the 2080 TI is still a staple for streamers. Just about every popular Twitch personality uses some variety of the 2080 TI graphics card and Sym is no excuse.

The NVIDIA Geforce RTX 2080 TI isn’t the “next gen” anymore, but its 11 GB GDDR6 memory makes it one of the best GPUs you can get on the market. It might be expensive right now, but considering how difficult it is to get a hold of any 3000 series cards right now, it might be your best bet to try one out.