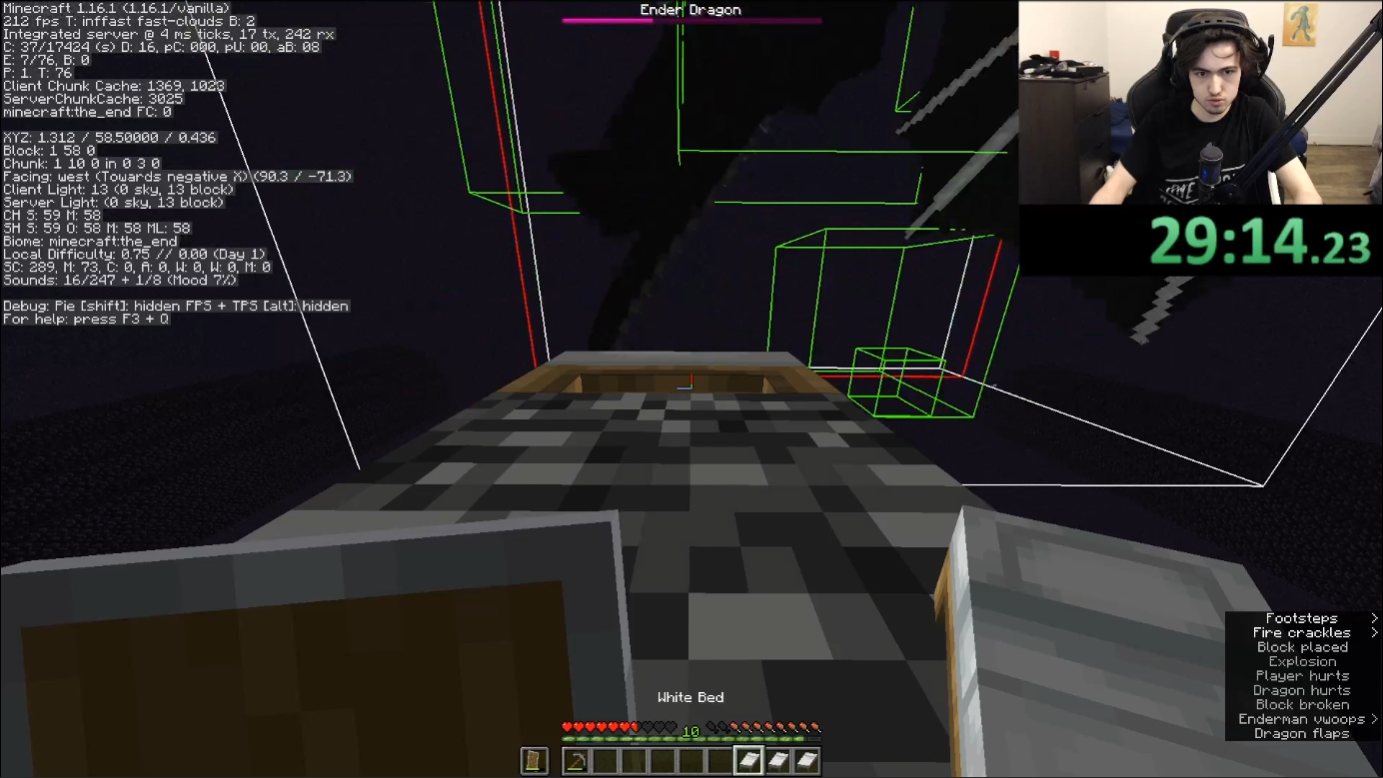 During a recent stream, Super was shown a clip of himself failing to complete the Minecraft speedrun challenge. While watching this, Super explained that this compilation was of all the worst parts of his attempts. But he also dished out some heat toward streamers xQc and Forsen, who are trying to complete the game in the shortest amount of time.

“I’m a quick learner,” Super said. “I make mistakes, but unlike the Hobo and unlike the Goblin, I actually have a working human brain. I’m not some monkey ape brain who smells his own shit. I actually learn.”

Super recorded his best run of 29 minutes and 30 seconds just days after beginning his attempt at speedrunning the game, beating out xQc’s record of 33 minutes and 45 seconds.

XQc recorded this run during a heated rivalry between himself and Forsen that saw the pair grind out the game to achieve faster times. This competition began when both streamers were struggling to put together a sub-one-hour run. But since then, they’ve both managed to shave down their times to under an hour, with Forsen’s best coming shortly after xQc’s record.

Right now, Super’s time is a few minutes faster than xQc’s best run. But he hasn’t halted his quest to improve his time and currently streams the game regularly hoping to get closer to the current world record time of nine minutes and 52 seconds.