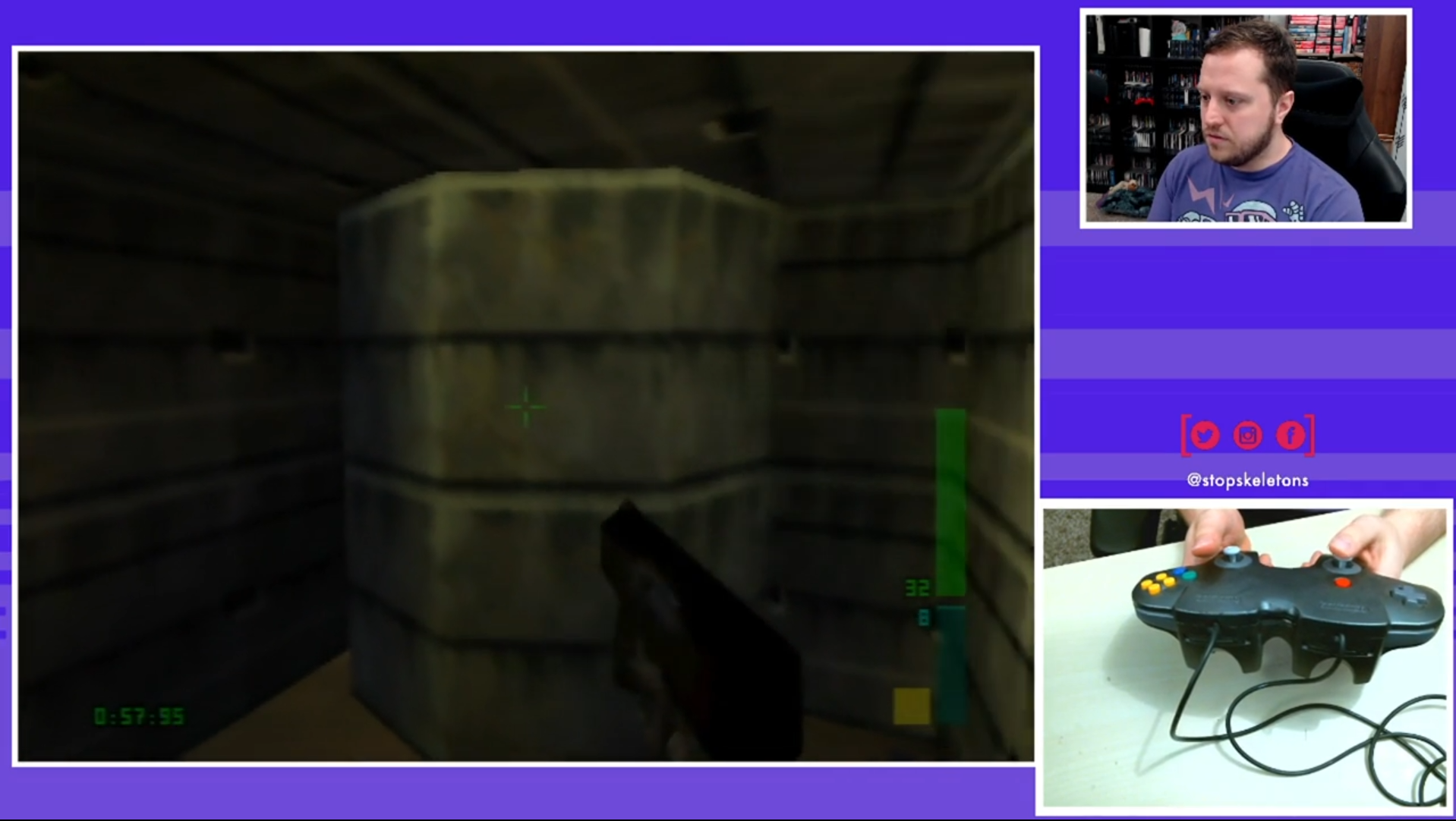 Regardless of the release of next-generation consoles, retro gaming remains a popular choice on Twitch with many streamers challenging themselves in different ways as they complete older games on older devices.

This controller appears to be a custom build where the creator has molded two controllers together in the center, removing duplicate buttons to become one large two-handed controller.

Having two joysticks in modern gaming makes for a seamless navigating experience, but back in the age of the N64, players would have to use a singular joystick. This custom controller allows them the addition of a second joystick, although dual joystick support is only supported by a handful of N64 titles.

While 007 GoldenEye is not a dual-stick supported title, due to it being widely praised as one of the greatest N64 games of all time, the streamer chose to first test out his new device playing the game.