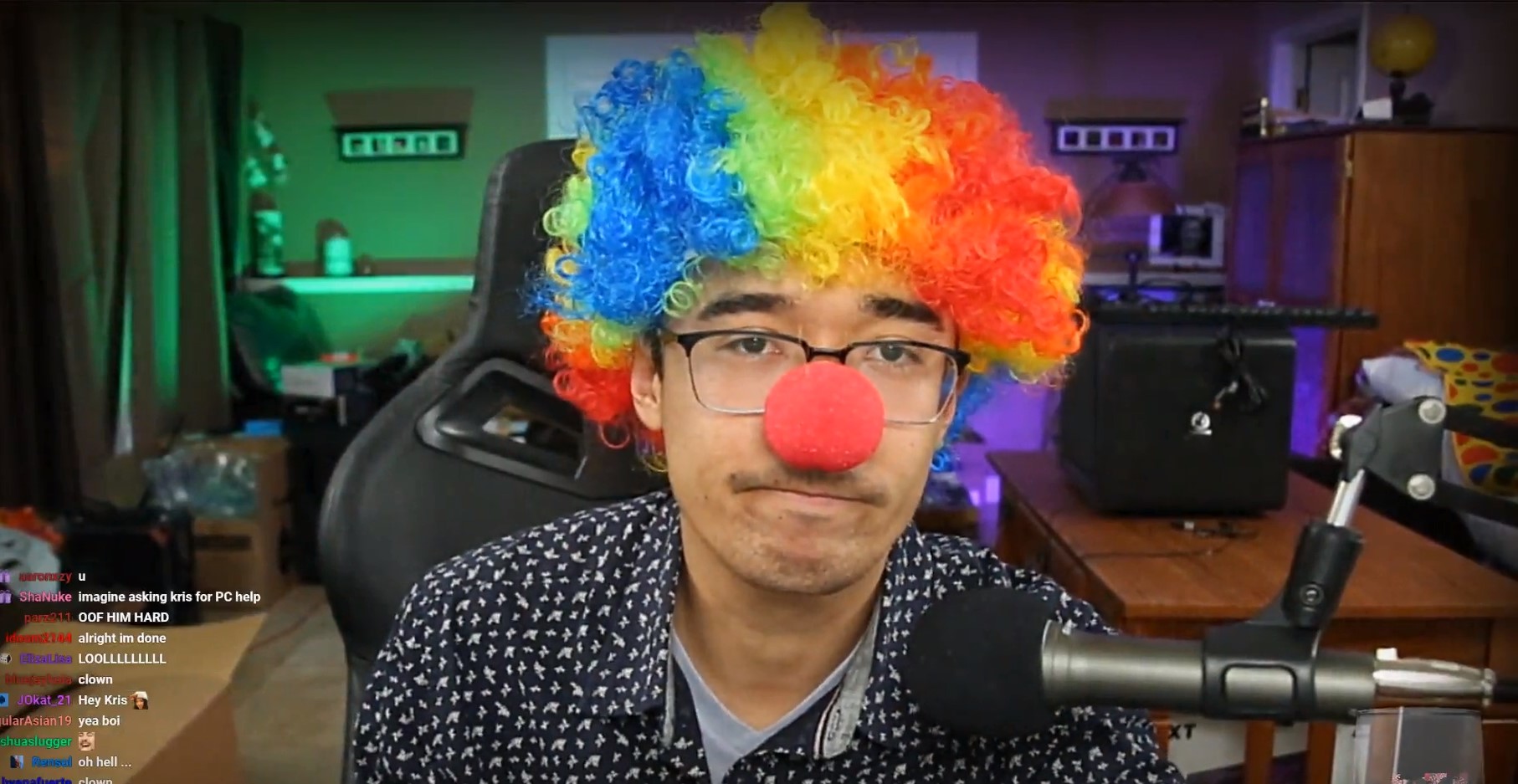 Twitch streamer Kristofer Yee had the perfect outfit to wear when multiple users were botting his stream, causing his channel to have manually-inflated statistics.

View-botting is a technique used by users watching the stream to make it seem like the streamer has more concurrent viewers than they actually have. They use illegitimate scripts and can attack any streamer on the platform. Sometimes, streamers view-bot themselves to elevate their own viewership.

On Oct. 7, Kristofer Yee saw a spike in viewership after multiple users botted his stream. He had the perfect response to the trolls after he began to play clown music for his stream. The streamer walked to his bed and put on a clown nose and wig. “Can you stop botting the stream now please,” he said after mocking the users.

Toward the end of the clip, each bot can be seen typing in his chat at once saying “no continue” and then a random number after, showing that the users didn’t take too kindly to what the streamer said. These are chat activity bots that are used to inflate the chat, making it difficult for regular users to be seen.

Kristofer Yee is a YouTuber and streamer with over 23,358 followers on Twitch and 300,000 subscribers on YouTube. He averages around 200 viewers and tends to focus on Just Chatting, Teamfight Tactics, and League of Legends. Since the manual spike in viewership, Kristofer Yee has gone back down to his average.