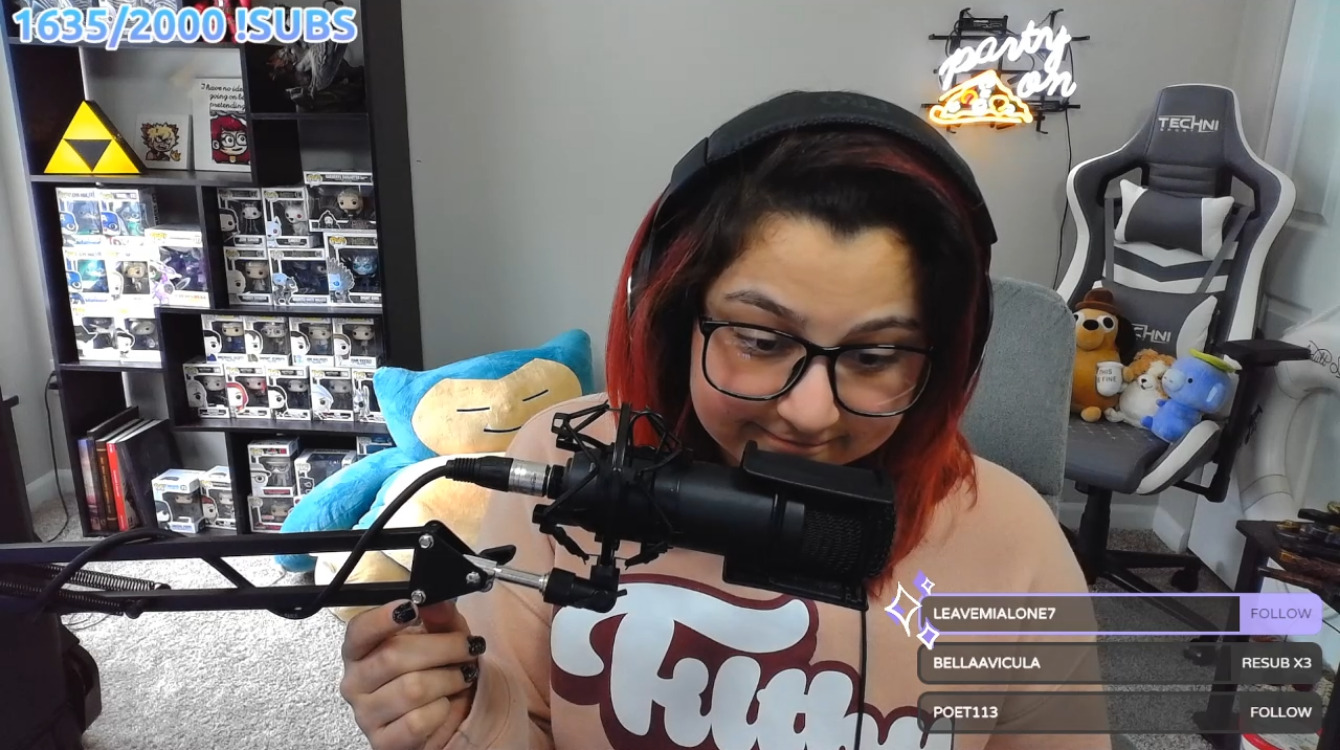 It’s no secret that there’s a battle between female streamers and the idea viewers hold on what they should wear while streaming. Some viewers believe several female streamers wear certain types of clothing to attract viewers and gain popularity through doing so. This can lead to viewers “complimenting” others for “wearing clothes.” But one streamer showed this is no way to pass a compliment on.

Twitch streamer Jaime “PlayWithJambo” recently had this very incident play out and she took the time to stand up for her fellow female streamers. A viewer commented in chat saying “thank you for not being basically naked to speak your mind.” This fired Jambo up and she then took the time to explain her thoughts on the situation.

“If I wanted to wear a tank top and flash my tiddies all over Twitch, I would do it and I wouldn’t need your approval to do so,” Jambo said.

The viewer said it was meant as a compliment, but Jambo explained that it’s not.

“The first thought I had was ‘are we really doing this at 11:30am on a Monday?’ and yes, indeed, we were.” Jambo told Dot Esports. “It’s frustrating to see, but I’m not so much worried about it being said to me, I’m worried about the impact it will have on the community. I never want someone to feel uncomfortable when they’re in my stream, lurking or otherwise, and I hold myself and the community to the same standards. If you can’t be respectful, you can’t be here.”

The sad truth, Jambo says, is that this isn’t the first time she’s seen this in her chat and believes it won’t be the last. She feels with blatant sexism, racism, and other hatred and ignorant behaviors on the internet, it’s important to address them when they come up.

“A lot of people believe that you shouldn’t give attention to internet trolls but I disagree,” Jambo said. “No one in chat should feel that a comment like that goes unnoticed or unaddressed.”

She explained that there’s no room for hate on her channel, only Zuul (a Ghostbusters reference) and love.

The clip, which has started to go viral, brought back a lot of support and fans to the Twitch streamer with over 6,000 followers and nearly 1,700 subscribers. Jambo had a few other videos gain some traction in the past, but this one is special to her.

“I love empowering other women, and I think it’s incredible that so many have seen and shared and felt good from it,” Jambo said. “I look up to so many who have seen and spoke on this with me, and I’m blown away.”

While the video is resonating with a lot of people on the internet, Jambo doesn’t know if it will spark a change in the streaming community in regards to body shaming female streamers.

“I’d love to meet someone whose mind was changed by the internet,” Jambo said. “A lot of people come on with anonymity believing they are correct, and that it’s safe to speak their mind with no repercussions as no one knows who they are. All I know is that if your go-to affirmation is putting someone else down, that says a lot about you.”

Jambo can be found streaming a variety of games on Twitch.