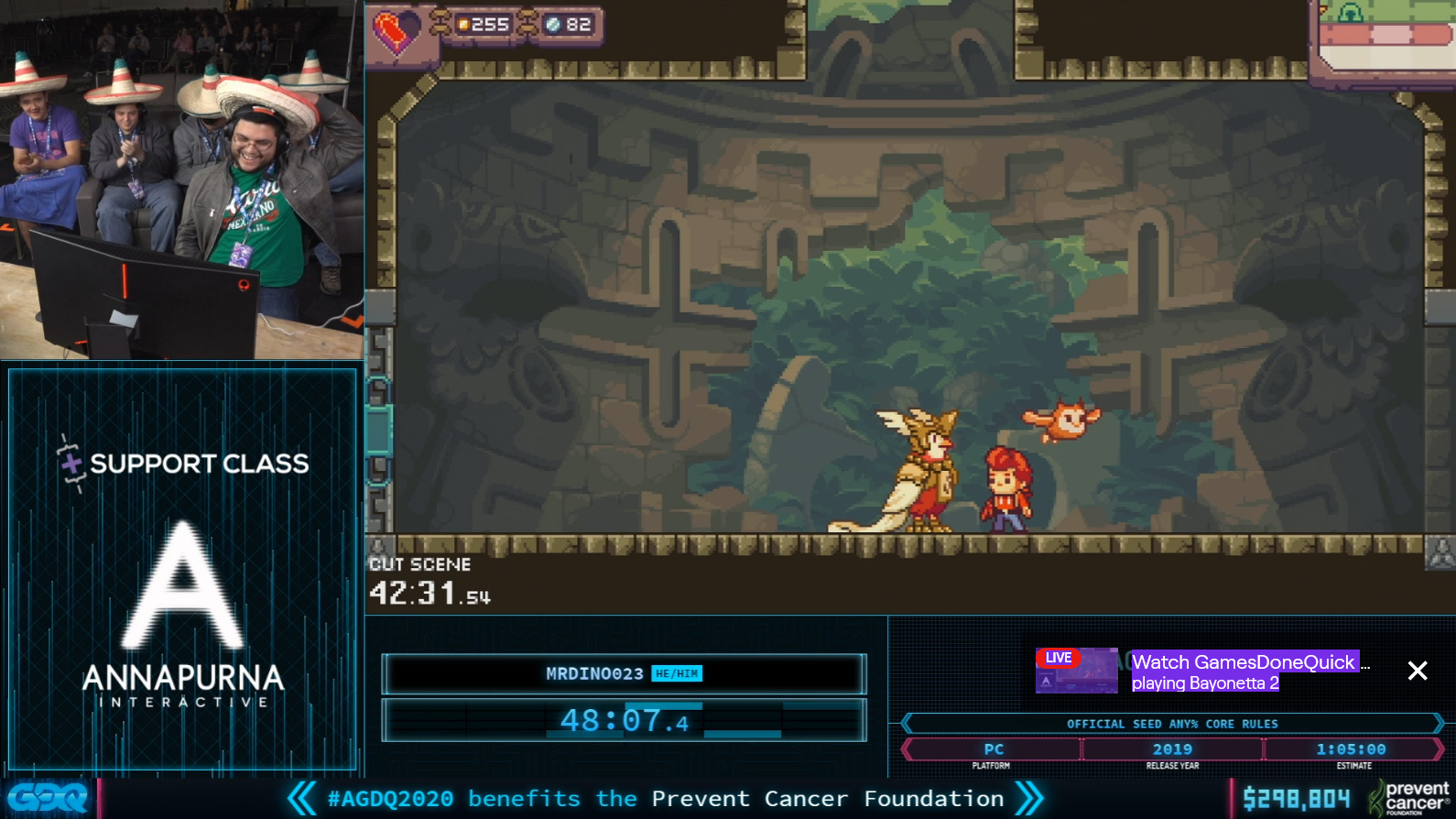 The professional speedrunner finished his official any percentage completed Eagle Island run with 42 minutes and 31 seconds of in-game time.

This bests the previous record held by KarlF by 35 seconds and the previously recorded speedrun done by SionNX by more than a whole minute. SionNX offered congratulations to MrDino23 for his accomplishment.

“Proud of pixelnicks for his amazing game, MrDino023 for the amazing run and of all the Eagle Island community, truly happy to see such an amazing run at #AGDQ2020,” SionNX said.

MrDino23 received compliments from more than just his community, though. Even Eagle Island’s developer Screenwave Media acknowledged the speedrunner’s achievement.

“Congrats on breaking the World Record and creating a huge AGDQ2020 moment MrDino023,” Screenwave Media said. “Enjoy the rest of your time at GamesDoneQuick and get that pizza.”

This moment was captured live during the semi-annual AGDQ stream. Games Done Quick is a video game charity marathon hosted on Twitch that raises money for organizations such as Prevent Cancer Foundation and Doctors Without Borders. Last year, AGDQ raised over $2.4 million in charity efforts. Each year’s donations consistently increase, so the organization is likely to see an even higher amount raised than ever before.

MrDino23 landing a new world record will likely be a highlight of this year’s livestream.