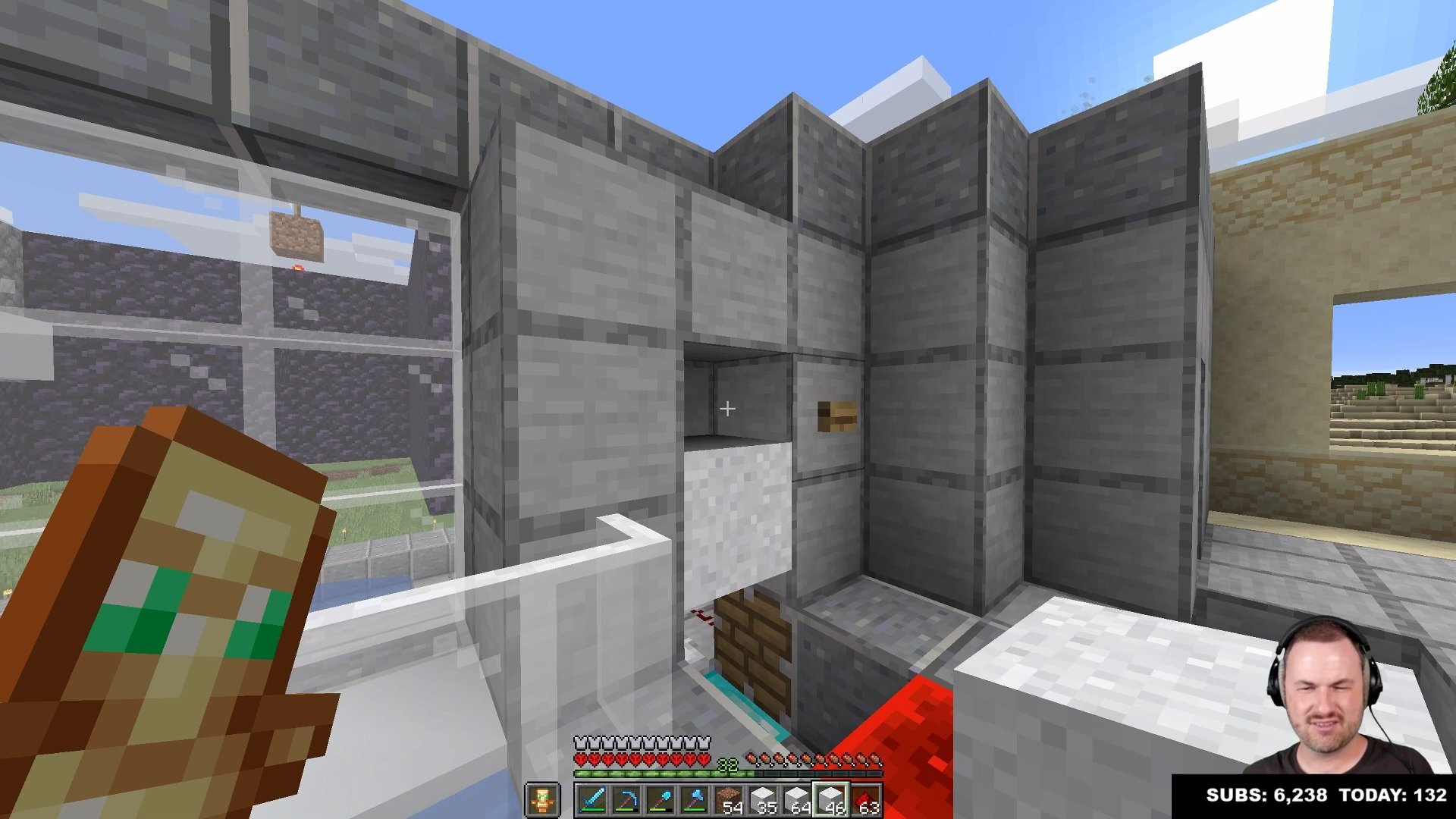 While Sips has numerous video series covering different games, the streamer has been enamored with Minecraft recently. He has been streaming his run on a hardcore server, where you only get one life before being banned from the server, for about two months.

After two long days, you can see the satisfaction in Sips’ face as he runs a successful test on his personal machine.

First, Sips places the concrete powder block into a mechanism that pushes it into a pen made out of obsidian, which is invulnerable to explosions. After building up a satisfactory stack of concrete powder blocks, Sips hits a switch that causes a block of TNT to drop into the area.

Once the explosion breaks apart the concrete powder block, it becomes a “dropped” concrete block when it hits the water. The blocks are then channeled by the flow of the small water stream right back into the waiting arms of Sips. If the powder block is not blown up by the TNT and touches the water, it will solidify into a concrete building block and be immovable.

While it might not be the fastest or most efficient way to generate concrete blocks, the idea and execution was Sips’ alone. After all, Minecraft is a creative sandbox, and there are few actions much more satisfying than figuring things out by yourself.