Shroud: “I could never see myself going pro again in anything” 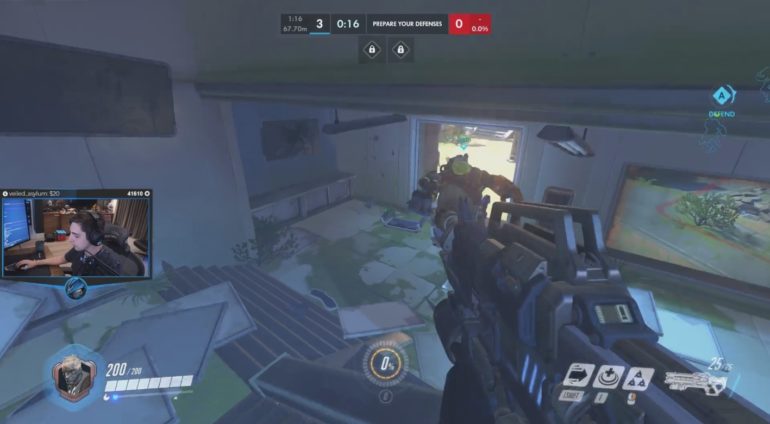 As Michael “Shroud” Grzesiek played Overwatch today, one of his viewers asked him whether he could see himself going pro in Overwatch, which prompted Shroud to shut down the viewer’s question and those like it.

“Why is that always—dude, that is always the question,” Shroud began. “Whenever I play a new game, [viewers are] like ‘Hey, could you see yourself going pro?’ No! Absolutely not. I could never see myself going pro again in anything. Pro in life—how ’bout that?”

As a supremely talented first-person shooter player, it’s no surprise Shroud gets the question all the time. When he played CS:GO professionally for Cloud9, he was recognized as one of the most mechanically-sound players in North America. And when he transitioned to battle royale games H1Z1 and PUBG, he quickly became a dominant force in those titles.

But even though he’s skilled in those games, it’s evident that Shroud doesn’t need to compete anymore. When he began playing Counter-Strike, he wasn’t one of the most successful streamers in the world. To be frank, the financial incentive of winning events simply isn’t there, so it’s likely his drive to practice ridiculous amounts probably isn’t there either.

To illustrate the point, Shroud has played five different games in the last week. Of those games, he’s played Overwatch the most, with Apex Legends and DayZ coming in second and third, respectively.

Similarly to Fortnite streamer Tyler “Ninja” Blevins, a former professional Halo player, Shroud has successfully (to put it lightly) transitioned from a professional gaming career to full-time streaming career. So why mess with that when you don’t need to?