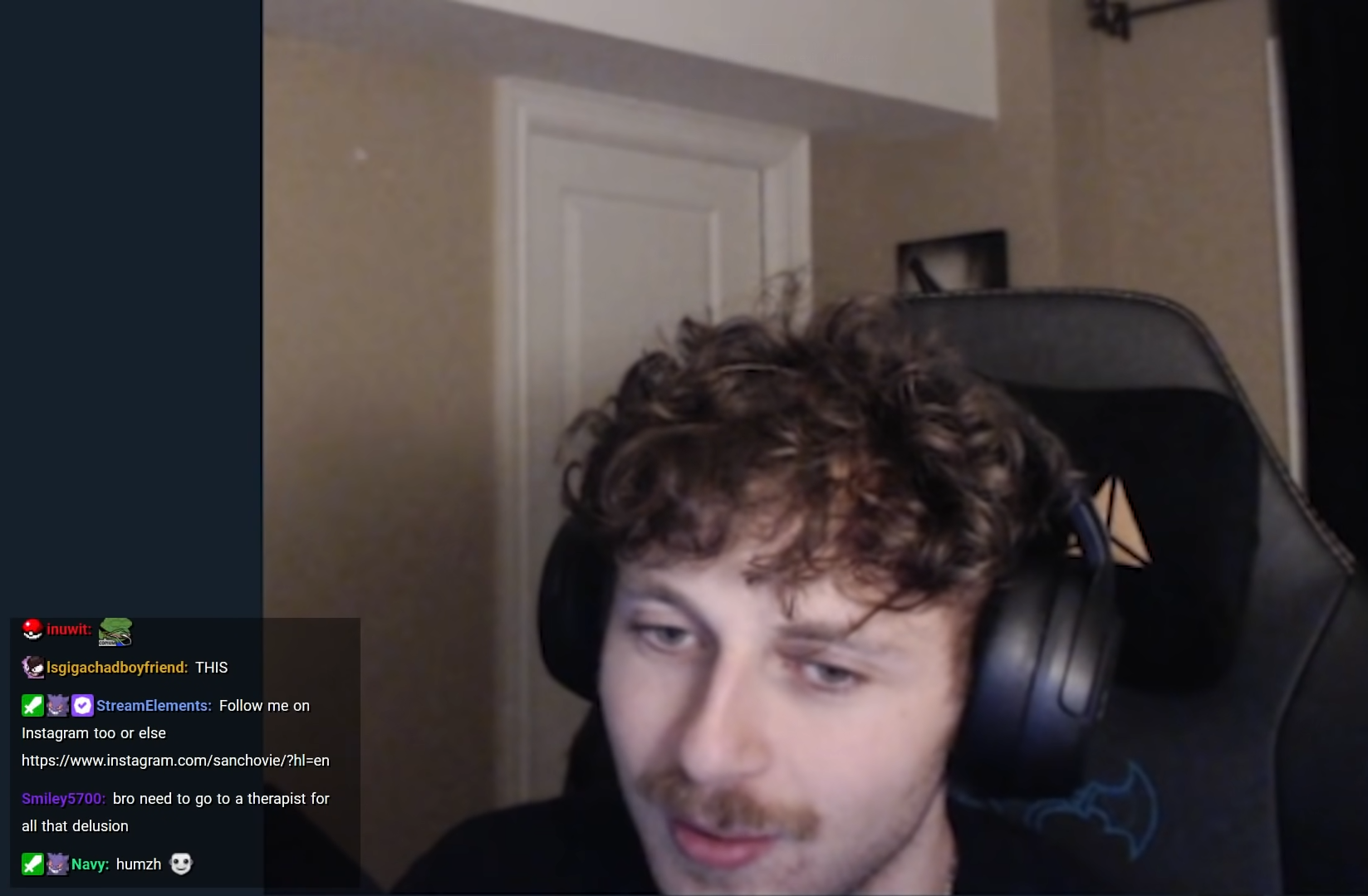 Twitch streamer Sanchovies is officially unbanned after roughly a month away from the platform, initially banned after posing a threat to his internet service provider.

One of the most followed League of Legends content creators on Twitch, Sanchovies has been streaming since 2018 though only recently saw his first bans. On April 20, the streamer was suspended only days after reaching 300,000 followers on the platform. Since this was his first ban off Twitch, many expected the infraction to only cost him a few days. But things quickly spiraled for Sanchoives.

After six days, Sanchovies was unbanned from the platform but saw his second ban the very same day. The League streamer expressed extreme confusion over the situation, but the reason behind his sudden re-ban soon became apparent. During his return stream, a threat made to his ISP ultimately got him pushed off the platform once again.

“I’ve been dealing with internet problems for as long as I can remember, and in an outburst of frustration I said something really stupid towards the end of the stream, threatening to bomb my ISP’s headquarters,” Sanchovies admitted in his TwitLonger response. “What I said was super irresponsible as somebody with a considerably large audience. I apologize for that. It was an awful, awful joke to make and it’ll never happen again.”

After spending approximately one month off Twitch serving an indefinite ban, Sanchovies has finally been allowed to return to his stream. The day prior to his unban, Sanchovies hinted at a comeback stream though has yet to make his official return. While it seems like the streamer’s apology certainly aided in his return to Twitch, fans can only wait for his first stream back.