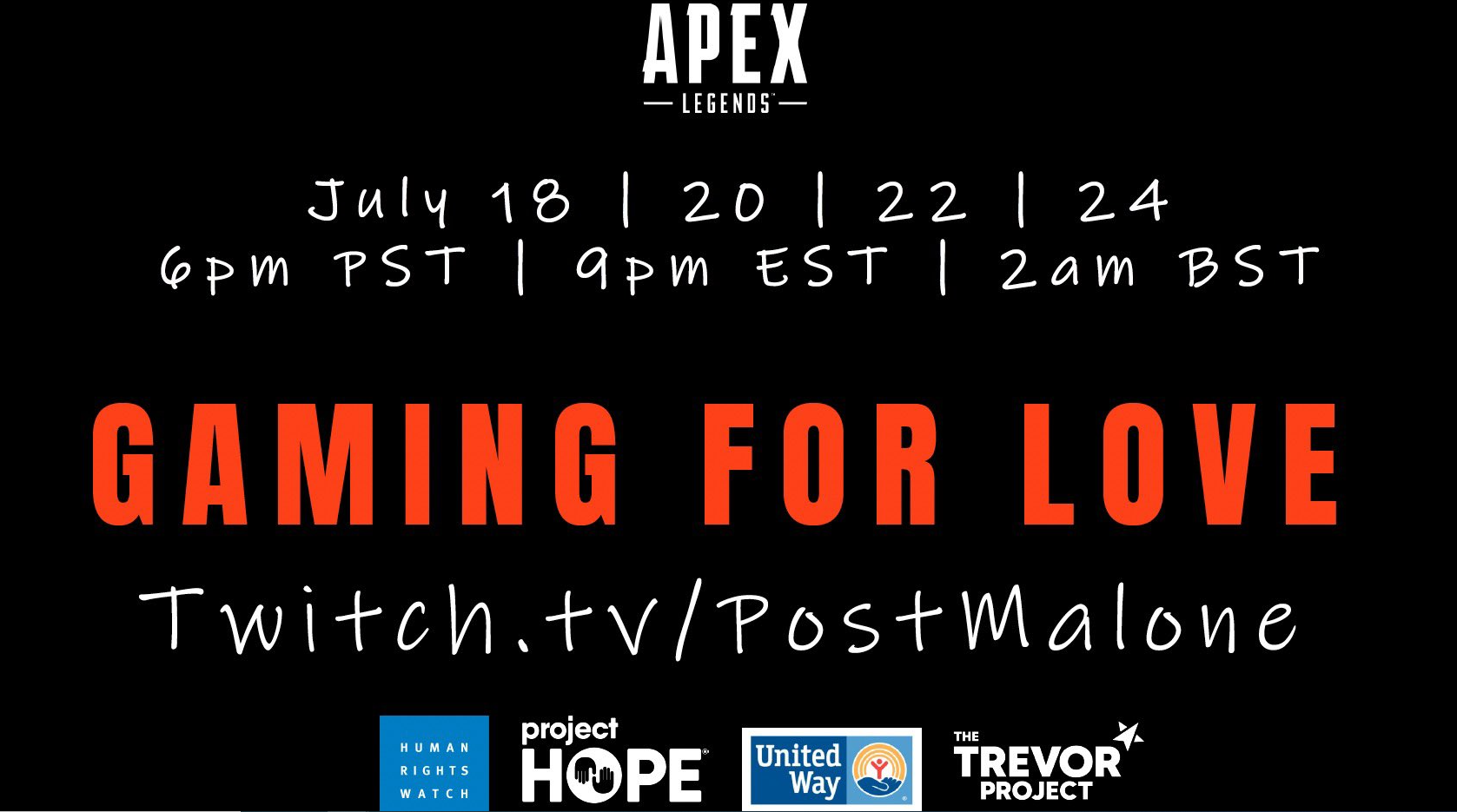 Post Malone turned heads last week by leveraging Twitch to do a bit of good. With four streams on the platform, he encouraged viewers to donate what they could to a different charity each day, and the fans showed up in droves to show support.

While the bulk of that money was raised during streams throughout the week that were dedicated to each charity, the campaigns are still open, and fans can still contribute to them.

Beginning last Monday, Malone started his efforts with a sensible $20,000 goal for Human Rights Watch, but he progressively ramped up his goals for throughout the week, ending with a goal of $70,000 for the Trevor Project last night.

He ended the week with a cumulative goal of $170,00 across the four charities, and easily surpassed it. In fact, Malone beat his goal for each of his campaigns during their respective streams.

As for the streams themselves, Malone proved to be as entertaining as you would expect from the happy-go-lucky rapper. Oozing positive vibes, Malone played Apex Legends with a handful of popular content creators including Faide, Corpse Husband, Aceu, and iiTzTimmy.

In four broadcasts, Malone racked up 739,272 hours watched, averaging 29,871 viewers over 24.75 hours of airtime, according to Streams Charts. The figures were slightly skewed by his first stream that had slightly fewer viewers than the other three.

Among the highlights of his week on Twitch was his valiant effort at doing a backflip when his fans helped him eclipse $50,000 in donations to United Way. It’s unlikely he would have scored a 10 for the flip, but the spirit he showed throughout the process was it’s on special kind of perfection.