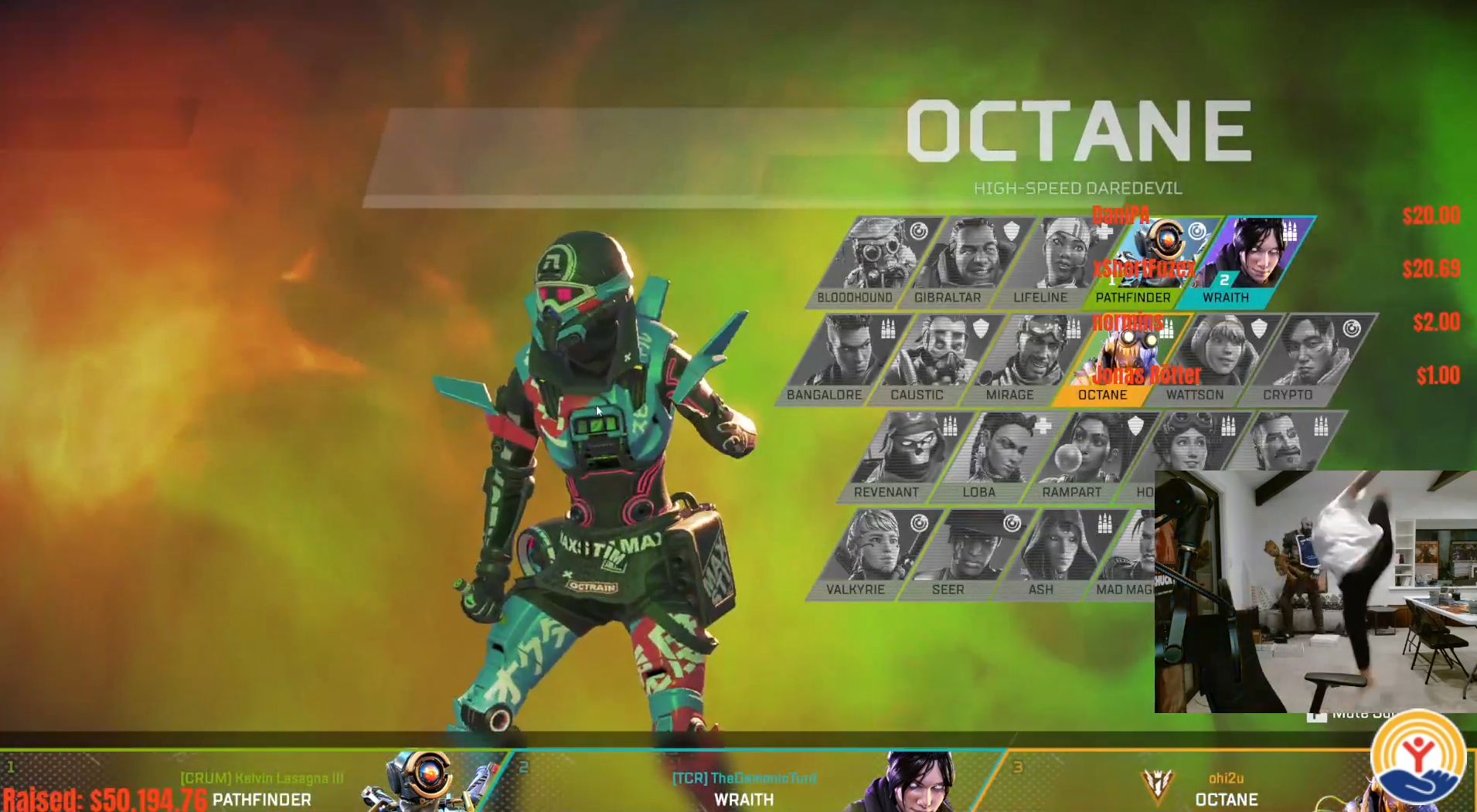 Post Malone has taken his gaming talents to Twitch this week to raise money for various charities, and yesterday he was forced to follow through on a lofty fundraising incentive.

After promising his viewers that he would take a stab at doing a backflip if his stream raised $50,000 for United Way, he was put in a tough spot when the donations started flowing. Afraid to take on the challenge, Post momentarily attempted to backtrack on his promise, but as a man of the people, he eventually held up his end of the bargain.

“I said that I would say I’ll attempt a backflip,” he said. “This floor is mad hard in here y’all. … alright, alright.”

Stepping away from his computer, Malone made a hilarious, yet conservative effort at doing a backflip by flailing his arms and kicking one of his legs in the air. The attempted backflip looked more like a mixed martial arts face kicking motion than an actual backflip.

However, Post Malone was still excited about his efforts.

“Did I do it?” he said. “Was it close? Did it look crazy on stream at least? … honestly that was kinda crazy.”

Silliness aside, the United Way fundraiser yesterday turned out to be as successful as the popular rapper could have hoped, raising $50,684.76, according to the graphic on his screen at the end of his stream.

Meanwhile, his stream helped raise awareness with messaging in his stream title and a United Way graphic displayed on his broadcast. He also took a few moments here and there to tell people about United Way and why he’s helping to raise money for the charity.

Throughout his 9.5-hour stream, Malone averaged 37,462 viewers totaling 352,759 hours watched, according to Streams Charts. His stream peaked at 52,871 viewers, and he spent the entire stream in the Apex Legends category. He played the game with Apex streamer Faide and popular YouTuber Corpse Husband.