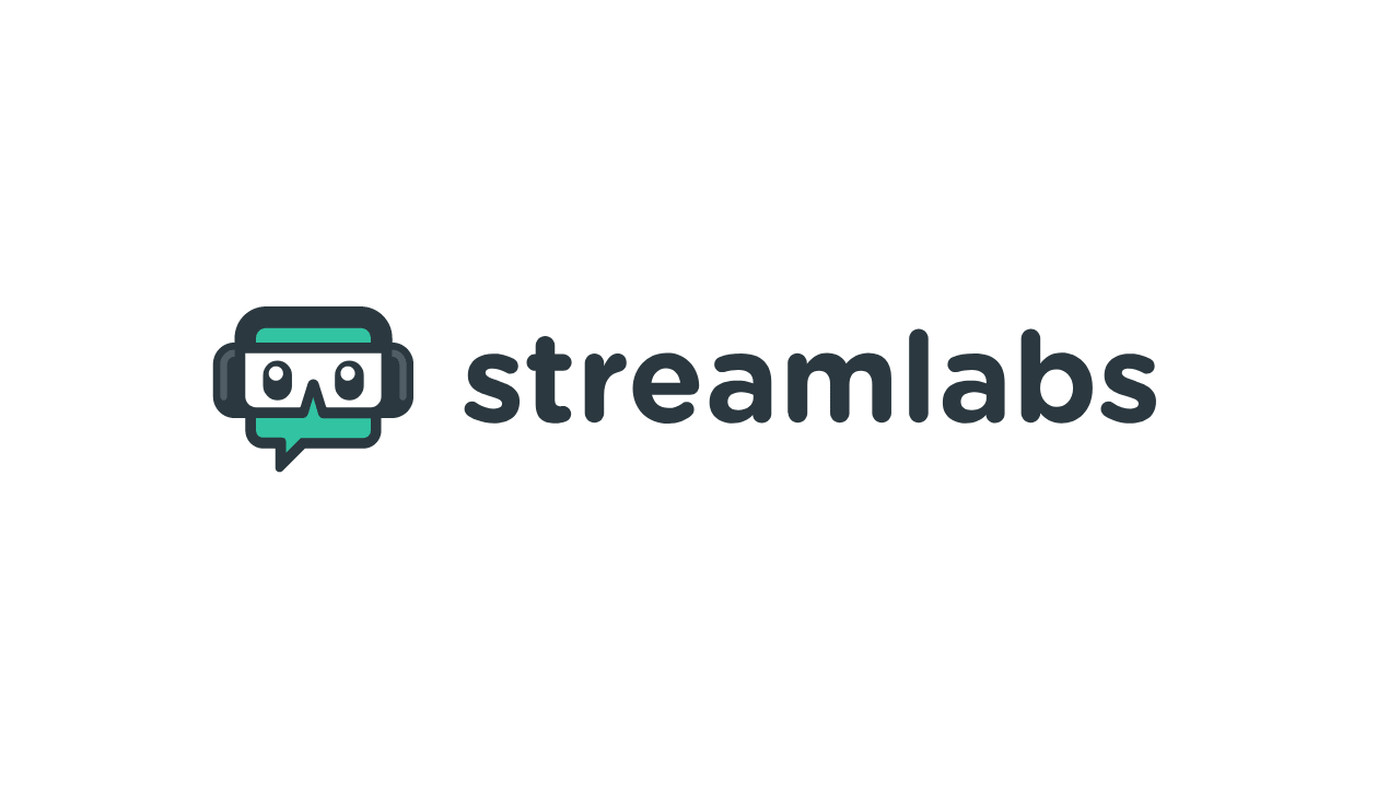 Throughout 2020, viewers watched a combined 27.9 billion hours of content across all platforms, with viewership reaching 8.26 billion hours in just Q4 alone, according to a data report from Streamlabs and Stream Hatchet.

YouTube Gaming nearly doubled its total watch time from 3.19 billion to 6.19 billion, while Facebook Gaming saw the largest growth in terms of percentages, jumping to 3.1 billion hours from 1.09 billion hours.

Twitch still remains the top dog when it comes to all streaming content, setting more records for the industry, including most hours watched in one quarter with 5.44 billion hours in Q4. The platform alone accounted for more than 50 percent of the 8.26 billion hours watched in totality across the three services to close out the year.

For streamers, they broadcasted 916 million hours of content across all platforms in 2020. That is a 45.4 percent increase from 629 million hours streamed in 2019, with Q4 accounting for 255 million of those hours.

Specifically for Twitch, the platform saw a 67.36 percent jump in hours watched from 11 billion in 2019 to 18.41 billion hours in 2020. This growth shows that Twitch now represents 65.8 percent of the total streaming market’s hours watched and 90 percent for total hours streamed compared to Facebook and YouTube.

One of the biggest gains for Twitch came in the form of the platform’s average concurrent viewership, which reached 2.5 million viewers in Q4, nearly doubling 2019’s 1.2 million average from Q4. 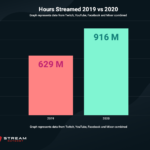 YouTube Gaming saw some massive growth too after acquiring top talents like Jack “CouRage” Dunlop, Rachell “Valkyrae” Hofstetter, and the exclusive broadcasting rights to the Call of Duty League.

As a whole, the platform saw a 96.5 percent increase in hours watched, going from 3.19 billion to 6.19 billion. As of Q4, YouTube Gaming now represents 23.3 percent of the market share for hours watched 4.1 percent for hours streamed, with an average of 871,000 concurrent viewers on the platform in Q4.

Facebook Gaming almost tripled its viewership, going from 1.09 billion hours to 3.1 billion hours watched and averaging around 408,000 viewers in Q4. 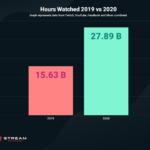 As for top games and events for Twitch, Just Chatting was the most watched category on Twitch, growing 31 percent from 522 million hours to 682 million in Q4. League of Legends took second at 485 million hours watched, while Among Us exploded onto the scene and brought in more than 416 million hours of watchtime.

The LoL World Championship 2020 was the top event of the year, with a combined total of 110 million hours watched during its runtime, while Riot Games was also the most-watched publisher at 680 million hours across all of its titles, including LoL, VALOTRANT, Teamfight Tactics, and Legends of Runeterra.