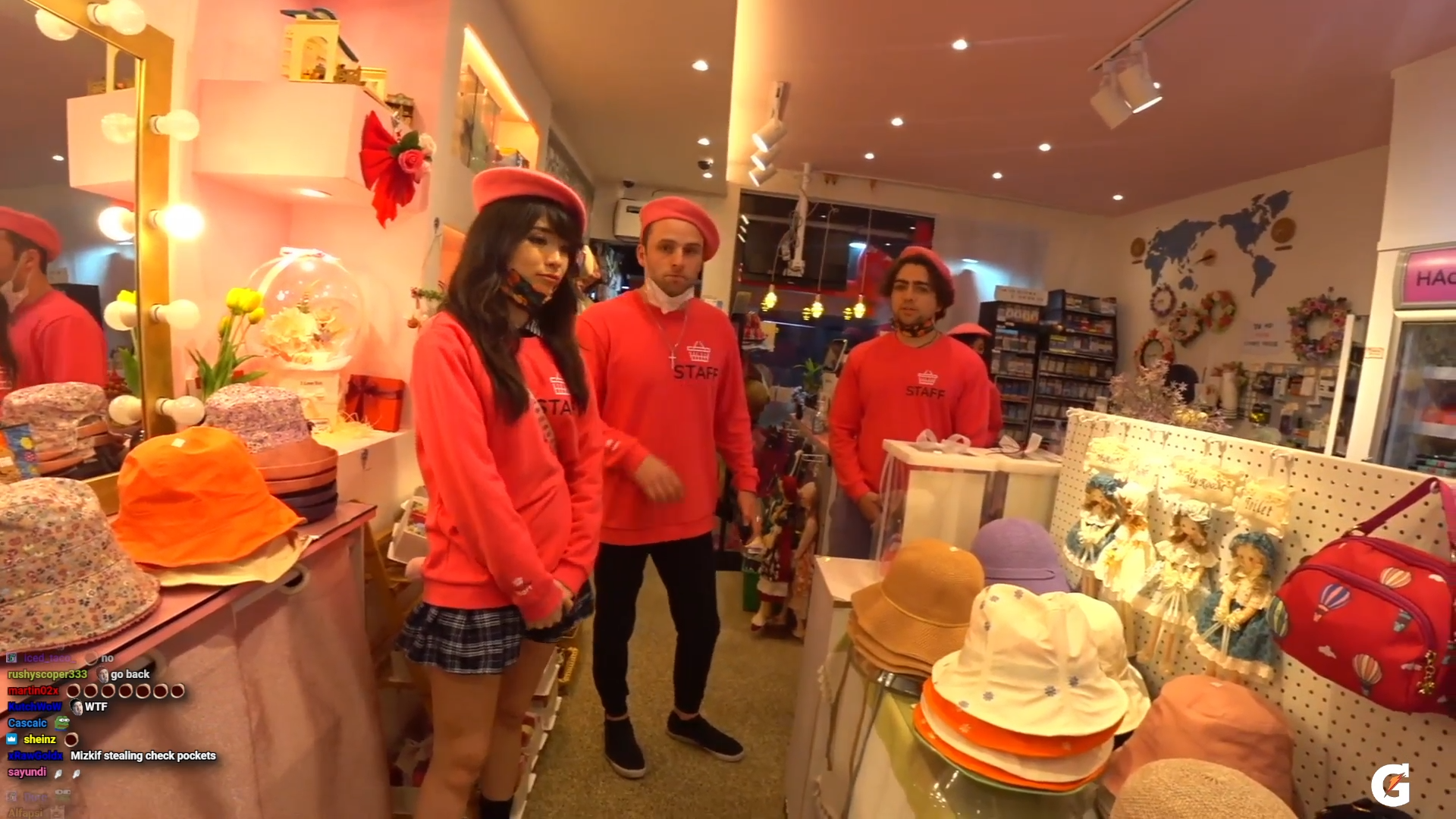 Several members from the esports organization and streaming collective OTK recently journeyed to South Korea and have already flooded fans with content. In only their first two days, the group were met by countless fans, Esfand was rushed to the emergency room, and Mizkif was mocked by locals for his poor chopstick skills.

During their most recent stream, South Korean streamer HAchubby handed over the keys to her convenience store, HAchu Mart, for a short stream. Clad in HAchu Mart attire, Mizkif, Esfand, Emiru, and AustinShow managed the store for approximately two hours.

A little more than 40 minutes into the stream, the OTK gang finally made their first sale. Though celebrating their retail accomplishments as traffic slowly began to pick up later in the stream, HAchu Mart’s customers began appearing more suspicious. Several sales into the stream, multiple customers slowly revealed themselves to be HAchubby’s cousins. Oblivious to the fact, though, the OTK employees continued their work.

It was only at the end of the stream the convenience store’s owner revealed all but the last customer were all her relatives. Shocked, Esfand and AustinShow said they genuinely thought they were doing a good job at upselling HAchu Mart guests.

Though the hard work of the OTK members ended up being only a thinly veiled façade, neither Mizkif nor the rest of the temporary employees held it against HAchu. The team went out to dinner shortly after and continued their trek around Busan.