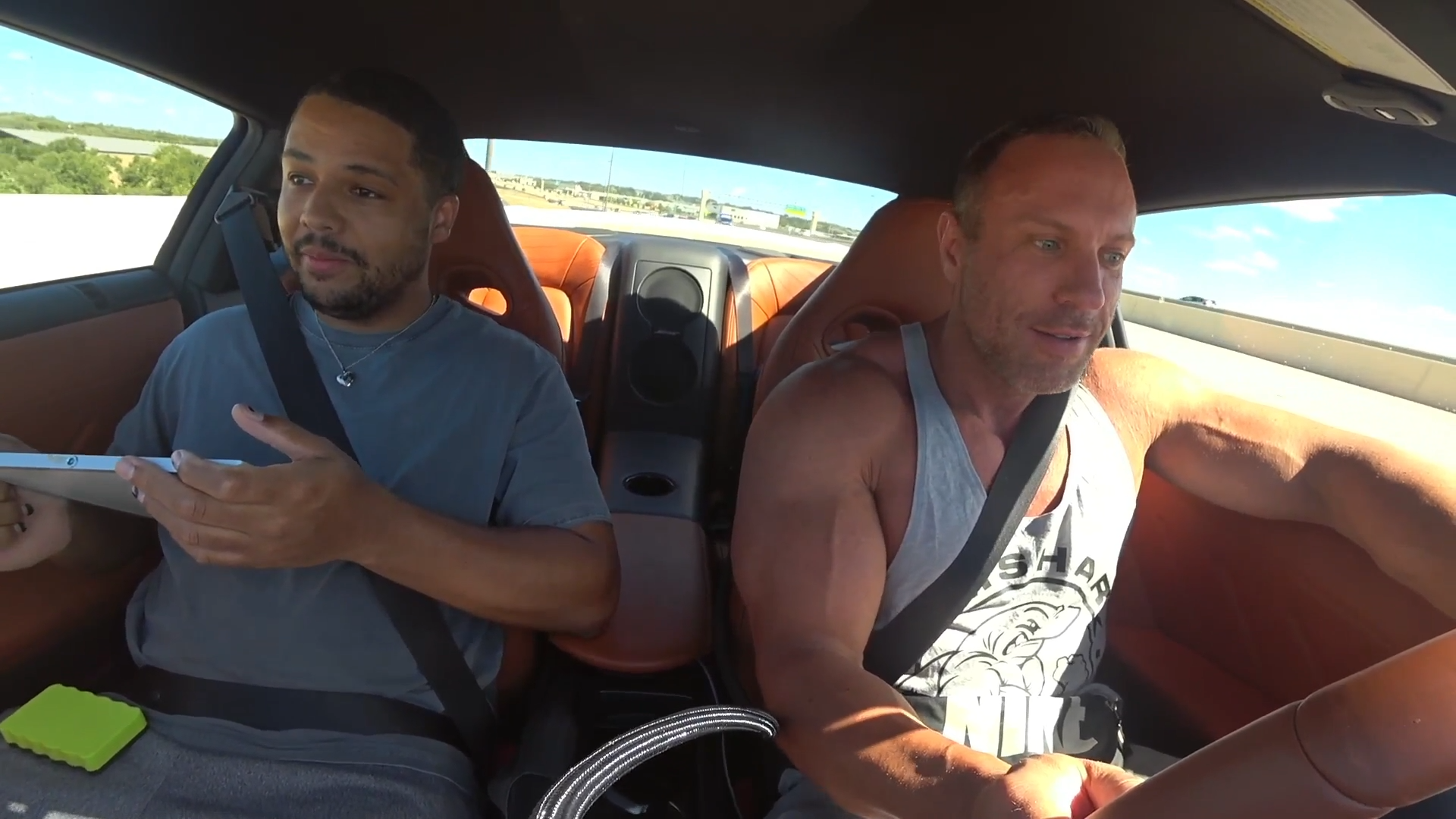 Before the start of Camp Knut week two, Twitch streamers Nmplol and Knut took Sodapoppin’s Porsche 911 GT3 out for a spin.

Soda’s roommate and lifelong friend, Nmp, has taken Soda’s car out more on-stream than he ever has, streaming from the Porsche countless times. Though rarely driving it himself, the Twitch star is still very restrictive with who is allowed to get behind the wheel of the luxury motor vehicle.

Knut, while in Texas for his month-long workout camp with OTK, was given a golden opportunity by Nmp to take the Porsche out for a spin. There was only one small caveat: Soda had no idea.

Mere moments after getting behind the wheel, Knut tested the Porsche’s limits on the Texan highways. Clearly enjoying the power behind the engine of the luxury car, Nmp admitted that he was “a little bit scared.” The streamer soon after revealed that the joyride was being done without Sodapoppin’s knowledge, letting Knut into a very select group of people who have driven the car.

“I actually never even asked Chance if you could drive the Porsche,” Nmp admitted while parked, “Me, you, and him are the only three people who have ever driven his car. He won’t even let his family drive it. So, I’m probably going to be in trouble to be completely honest with you.”

Shortly after this secret was divulged to Knut, the Norwegian bodybuilder made the crucial error of eating in the car. Carelessly dropping the lettuce from his cheeseburger onto the seats. The OTK fitness camp coach quickly attempted to cover his bases by speaking directly to Soda, throwing Nmp under the proverbial bus.

Though the streaming duo’s joyride wasn’t without its share of scares, the Porsche, which Soda purchased last year in response to xQc buying a McLaren 720, managed to return to Soda’s garage in one piece.