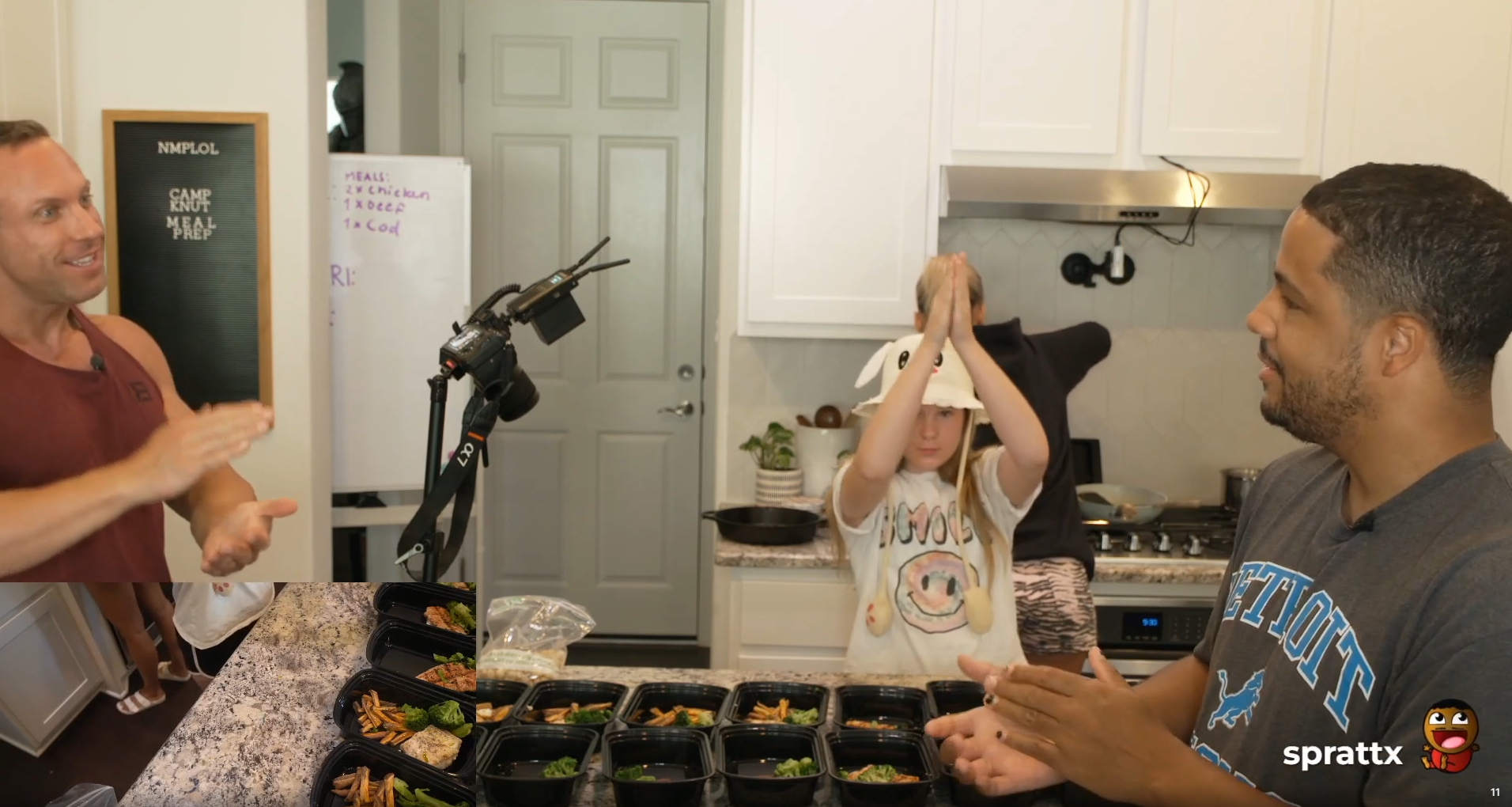 Popular Twitch streamer Nick Polom started out his streaming career known largely for his connection to the enigma that is Sodapoppin, but today he showed he’s more than just “Sodapoppin’s roommate” by hitting one million followers on Twitch.

During a cooking segment of his broadcast today, Polom noticed he hit the marker while meal-prepping health foods with bodybuilding streamer Knut. The muscular Norwegian creator is in the middle of a number of scheduled workouts with popular streamers being dubbed “Camp Knut.”

Along with having streamers like Mizkif and NMP lift on stream, Knut is giving them tips on living healthier, including helping Polom with meal prep this morning.

In the past 30 days, Polom gained 3,920 followers according to Streams Charts. So far this year, he has gained 57,244 followers in just under seven months. The growth has slowed relative to last year when he gained a total of 362,480 followers over a 12-month period.

While the mark is an impressive one to eclipse, he still has a long way to go before being labeled one of the top creators on the platform in terms of followers. There are 300 other creators that have more than one million followers on Twitch, according to Sully Gnome.

Despite leaving the platform for about a year to stream exclusively on Mixer, Ninja still holds the title as the most-followed creator on the platform, due in large part to the work he put in during the explosion of Fortnite in 2018. Ninja currently boasts 18,284,300 followers. Only seven creators have more than 10 million.

While reaching this milestone is worthy of celebration, it certainly doesn’t remove Polom from the shadow of his highly influential best friend. Among the top 10 most-followed creators on Twitch is Sodapoppin. He is the eighth most-followed streamer on the platform with 8,789,263.