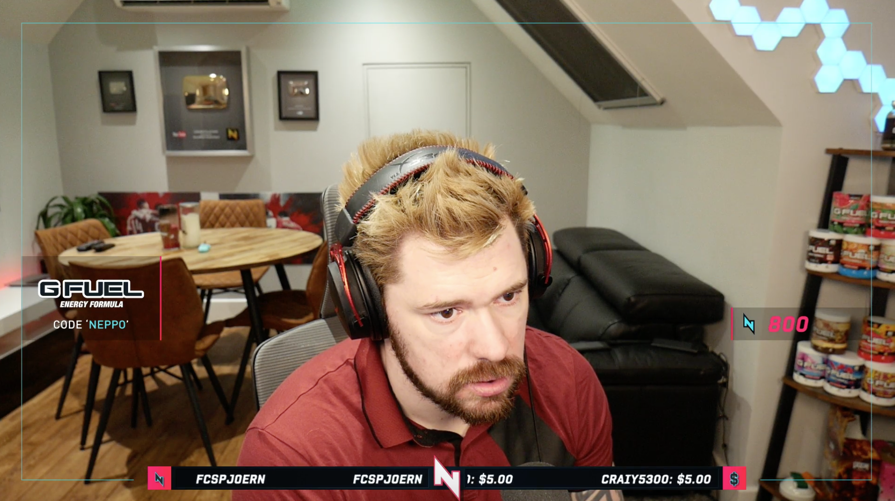 Craig “Nepenthez” Douglas, a well-known streamer in the FIFA community, returned to Twitch today. He’s the first popular streamer to leave Microsoft’s platform to make his way back to Twitch.

Ninja turned the streaming world upside down when he was recruited to stream exclusively on Mixer in August 2019. After him, other big names in the streaming industry also moved to the Microsoft platform, like shroud and King Gothalion.

But Nepenthez started broadcasting on Mixer in March 2019, four months before Ninja switched platforms. Now, however, he’s leaving Mixer earlier than others.

Yesterday, Nepenthez tweeted that his time with the platform had expired. He didn’t give any details as to why the two parties couldn’t reach an agreement, however.

His first stream on Twitch after more than a year away from the platform lasted six minutes. He used the time to get used to Twitch’s system and responded to some comments in chat, but he didn’t talk about leaving Mixer.

Many viewers said in chat that they only used Mixer to watch Nepenthez and don’t intend to go back to Microsoft’s site. This means Mixer will likely see a slight drop in viewership numbers, but no other streamers have indicated that they plan to leave as well.

Nepenthez’s second stream of the day lasted five hours and looked more like what was supposed to happen in the first one. He seemed more comfortable and played FIFA. He ended the stream saying he still has a lot of work to do in regard to moving his channel back to Twitch, but he plans to stream more in the evening.

Nepenthez had 39,019 unique viewers in his comeback Twitch stream.