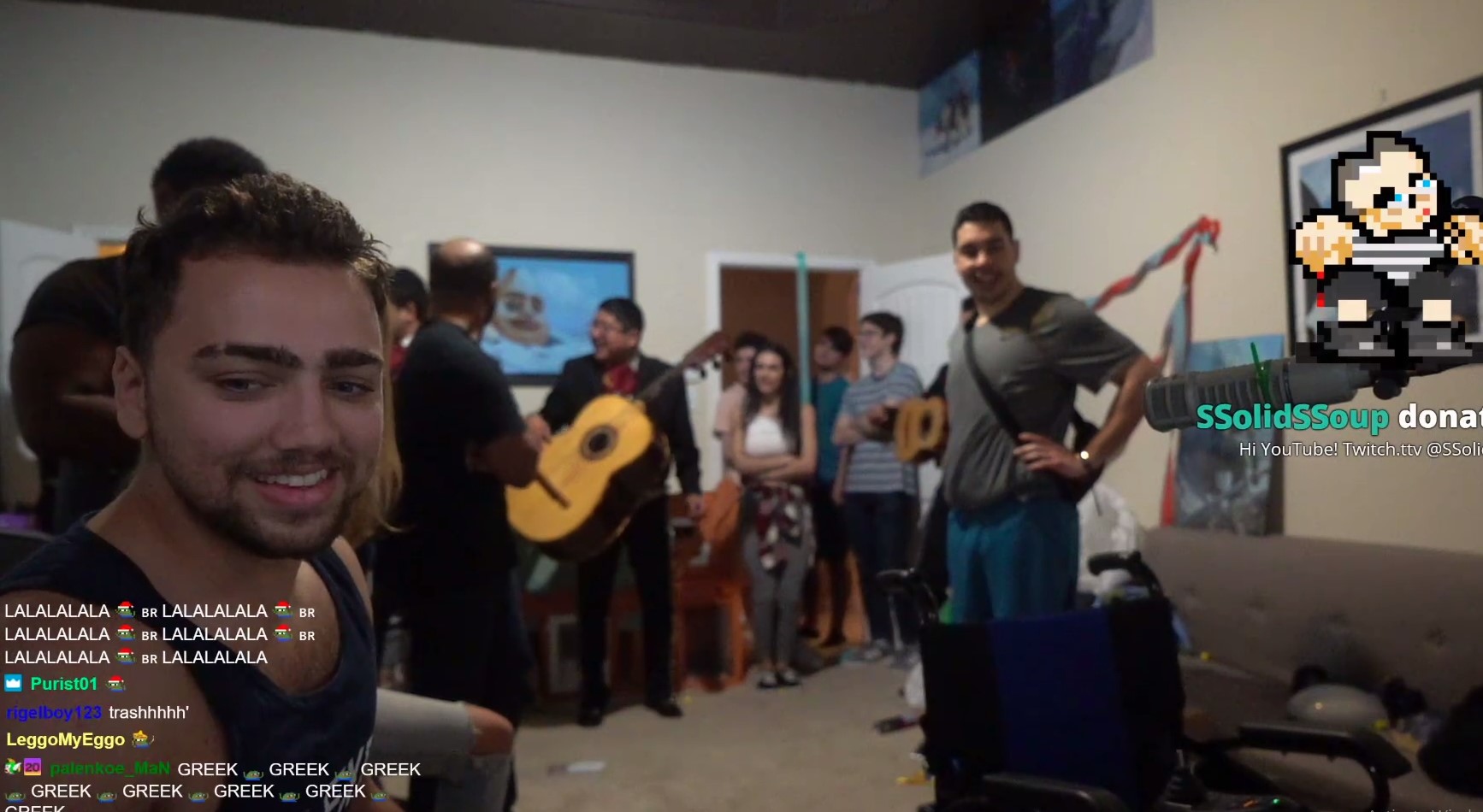 Presents weren’t the only birthday surprise for Twitch streamer Mizkif. He was treated to a musical treat live on stream last night.

For Mizkif’s birthday, which was originally celebrated on Feb. 14, he planned to stream himself opening birthday presents with his close friends, girlfriend Maya Higa, and the rest of his viewers. But his close friends and girlfriend had one final surprise to ensure that he wouldn’t forget his 25th birthday.

At the midway point in the stream, Mizkif was surprised to hear music coming from outside of his door. He was greeted by his friends, including fellow streamers Greekgodx and Maya Higa. “Happy birthday,” Greek said after a Mariachi band walked into his bedroom to serenade the streamer.

Mizkif was almost speechless before joining Greek in a dance. Although this grand gesture was applauded by his chat, the pair may have to work on their dance moves.

Mizkif asked for the band to play his favorite song. To his surprise, the band was already aware of the song and played it for him and his friends. Everyone joined in with the celebrations, even the viewers.

The birthday stream was certainly special for the Twitch streamer, with some chatters asking Mizkif to propose to his girlfriend. But Mizkif fans will have to wait a little longer for that to happen.

Although Mizkif hasn’t streamed since the conclusion of his birthday stream, he’ll likely return either today or tomorrow considering his typical schedule.