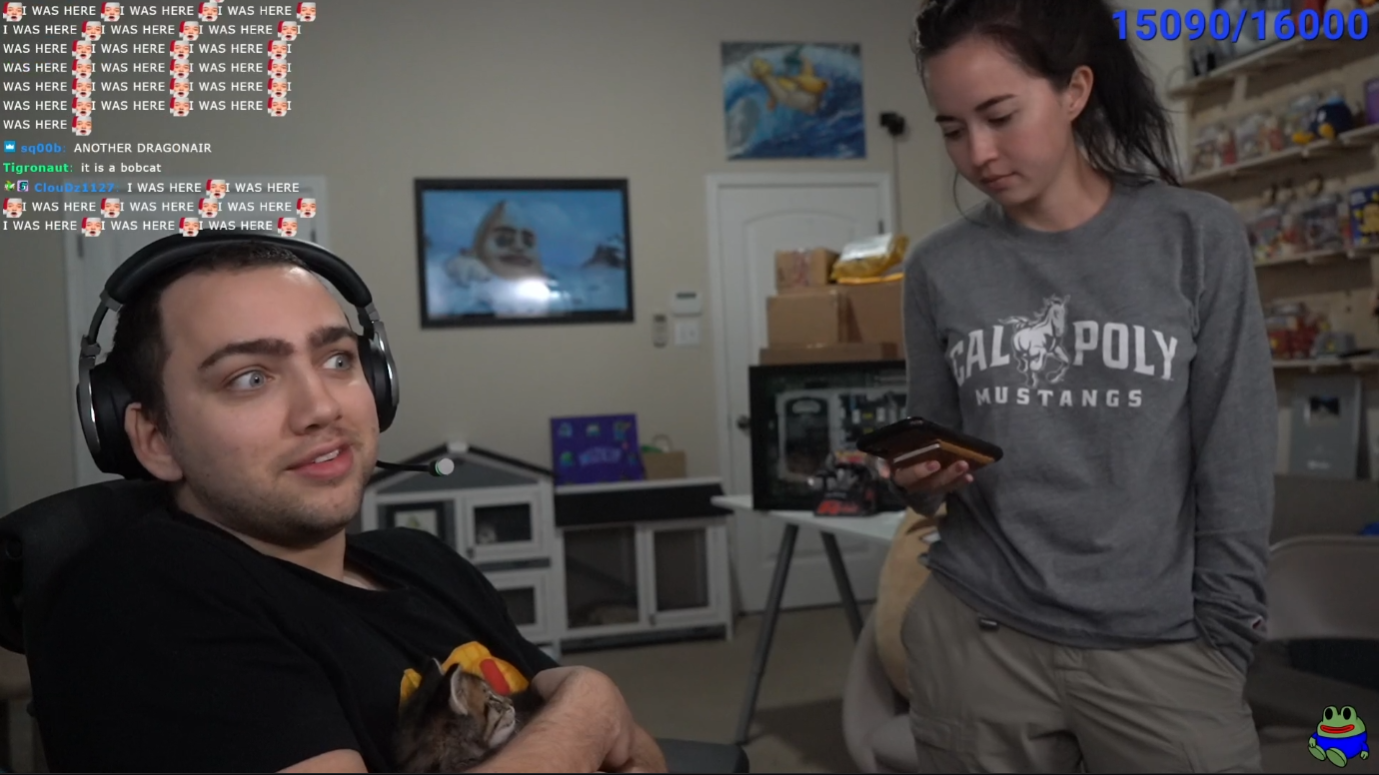 Popular Twitch streamer Mizkif entrusted his chat with the process of naming his new kitten.

During his recent stream, Mizkif had been hosting Marbles on Stream with his viewers. After a few rounds, Mizkif decided this would be a great way to decide on a cat name. Together, Mizkif and his chat chose five names that would be assigned to marbles to compete in the final match.

In the final standings, the five marbles were Mizkif, Linus, Sour Apple, Mew, and Holo.

In the match, each marble was eliminated until one remained to name the kitten. Much to Mizkif’s disappointment, the winner was Linus.

Although Mizkif’s partner Maya wanted the cat’s name to be Sour Apple regardless of the result, staying true to the process, Mizkif dubbed the kitten Linus Pet Tips.

The chat was torn on whether the cat should stay named Linus or if it should be named Sour Apple instead—so Mizkif decided to run the marbles again.

In this second run, Sour Apple won, inspiring the streamer to go to a one-vs-one tiebreaker. And in a close match, Linus came out on top and silenced any doubt that this wouldn’t be the name Mizkif chose.

Earlier in the stream, Maya surprised Mizkif with the kitten, who had wound up at the wildlife rehabilitation center she works at. The kitten was sent to the facility after allegedly being refused shelter at a cat rescue because they thought it was a bobcat due to its short tail.

For the hours that followed, Mizkif pitched a variety of names to the chat before eventually putting the decision into the hands of the marbles.