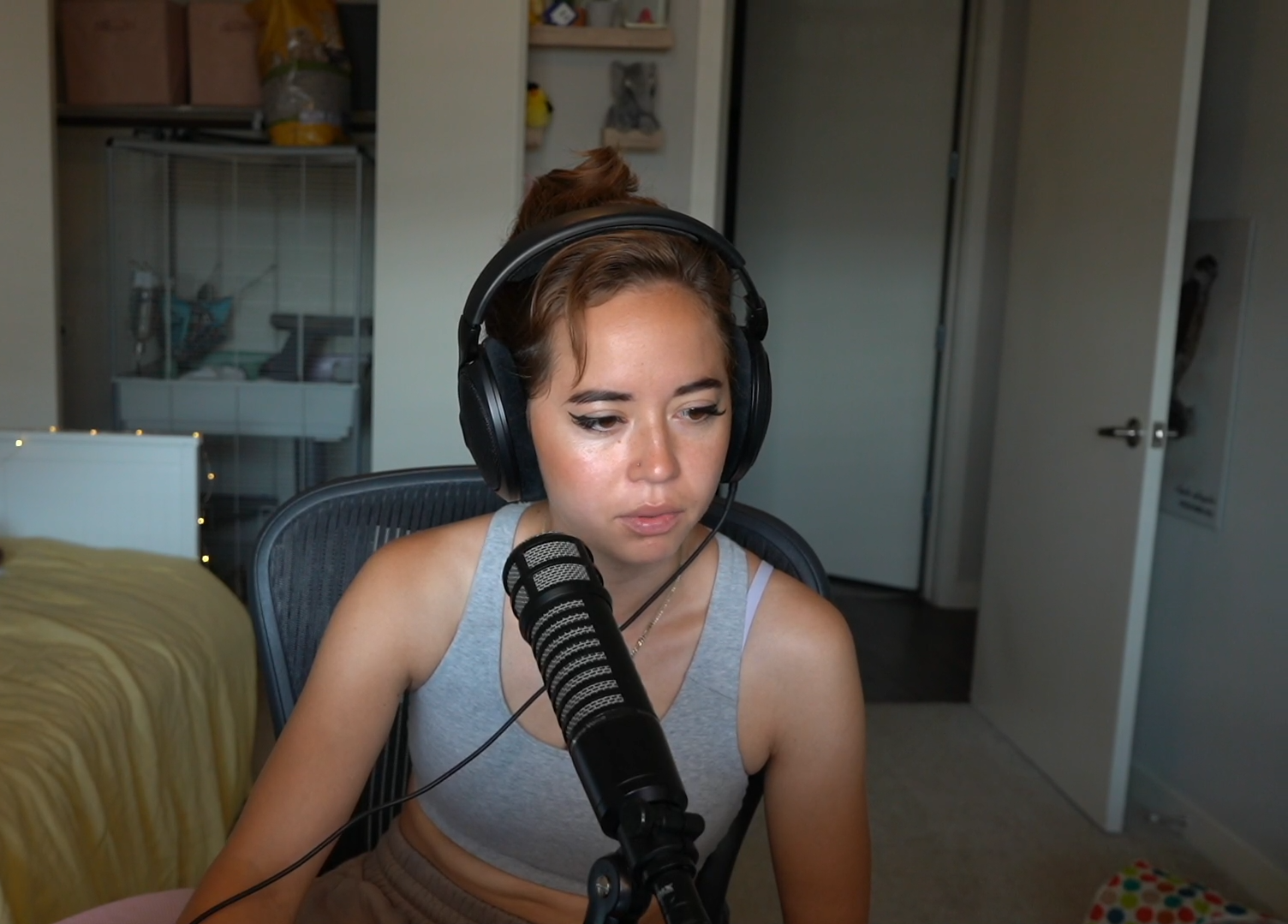 Higa is among the most prolific IRL streamers on Twitch, shining a spotlight on animal and environmental conservation. Higa has notably had some of the most lucrative charity events in the platform’s history, raising hundreds of thousands of dollars for her recently started Alveus Sanctuary.

Aiding QTCinderella in spearheading the Streamer Awards and making notable appearances in many of her following collaborative events, Higa has continued to make waves in the relatively short time she has spent on the platform. And prior to a June 9 stream, Higa announced one of her most high-profile sponsorships yet.

Partnering with television and film streaming platform Hulu, Higa advertised the platform amidst its recent coverage of the NBA playoffs. There was very little change to Higa’s actual stream content, aside from the Hulu branded pre-roll graphics before the stream began, new subscriber notifications, and a brief advertisement read.

While the streaming wars that dominated cable cutters everywhere may not have come full force onto Twitch, both platforms are certainly intent on reaching new audiences on other streaming platforms. It is unclear if Higa’s partnership with Hulu will extend past this initial stream, but it could be a sign of a new meta emerging on the platform.