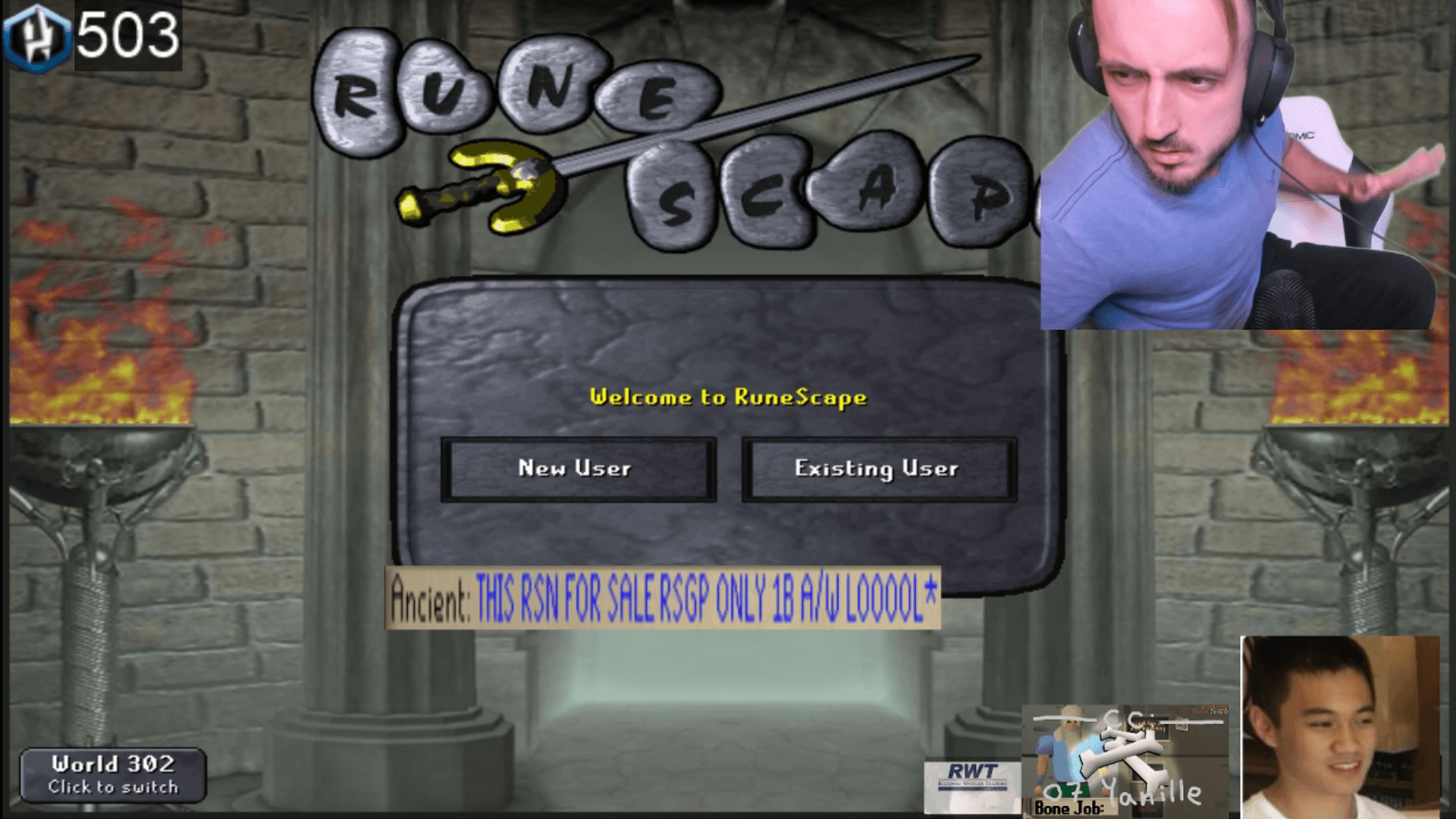 He was streaming Old School RuneScape from an account that one of his Twitch moderators owns. Hyphonix was playing a special duel game mode that lets him battle against other players to earn lots of gold, and he was on a roll.

Hyphonix had just won a duel that got him 990 million gold pieces. Soon after he claimed his prize to reach over four billion gold in his mod’s account, he was logged out and was unable to access that account again.

Four billion gold in RuneScape would be worth about $4,000 if sold.

Hyphonix later learned that account was banned. A game moderator confirmed that on Reddit, saying the ban was due to a user of the account trying to sell the account or its gold for real money, which is called real-world trading (RWT). This is not permitted in RuneScape and leads to a permanent ban of the player’s account who tries to do so.

Players have been speculating that Hyphonix was logged out of the account by the owner, his Twitch chat moderator. He would have allegedly tried to sell that gold for money and got caught in the process, which led to the account being banned.

This apparently wasn’t enough for neither him nor Hyphonix to recover the account, which remained banned until the end of the stream.

Since the streamer didn’t do anything illegal in the game while live, this ban in RuneScape should lead to no suspensions or babs of his Twitch channel.