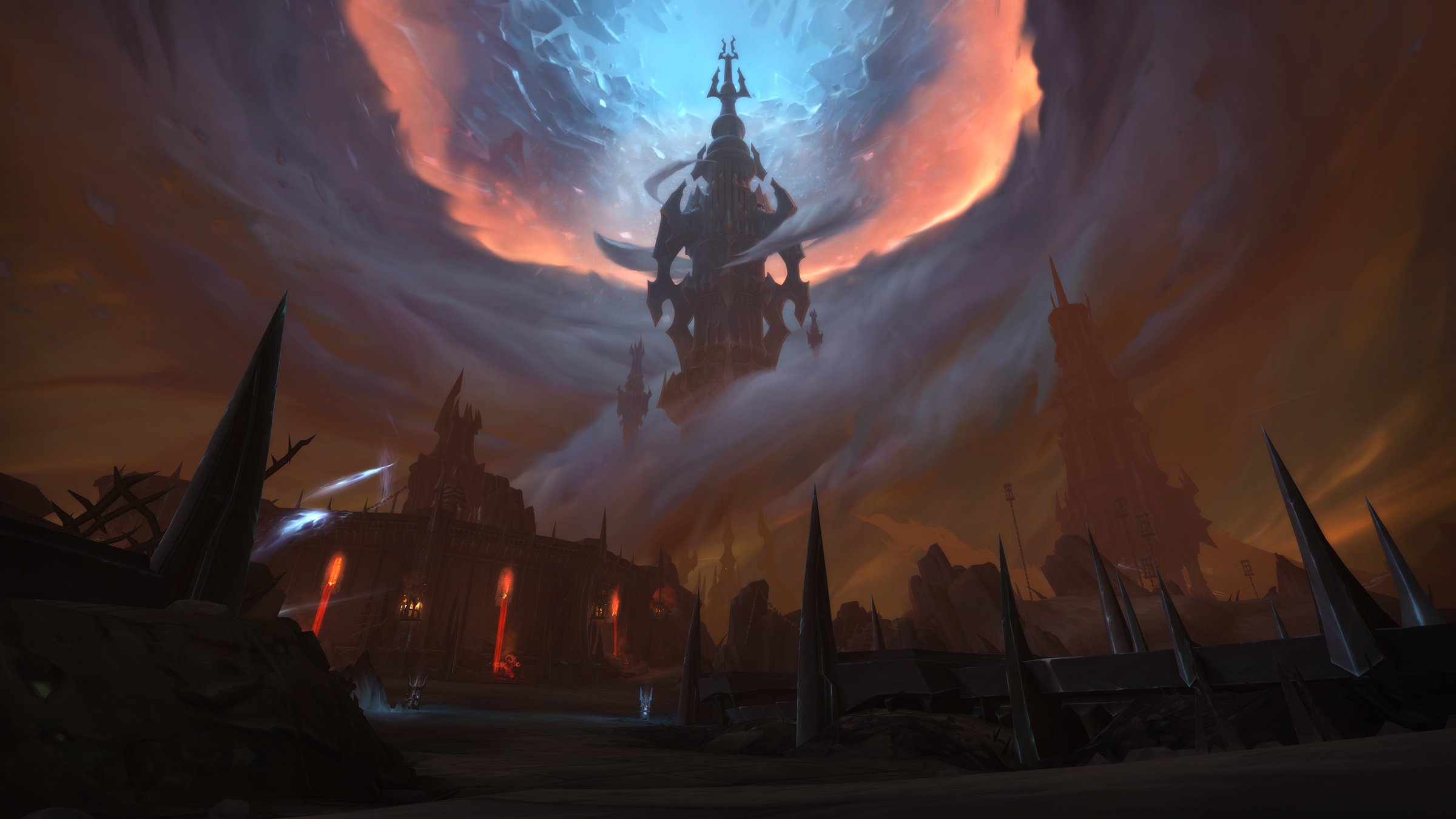 Sylvanas Windrunner, Azeroth’s big bad guy, has ripped open the way to the afterlife, unveiling the realms of wonder and horror in The Shadowlands.

The latest World of Warcraft expansion is here, bringing pure and utter pandemonium to the game. But how exactly do you begin your journey beyond the world of the living and into the Maw?

When you log in to a level 50 character (the maximum level from the pre-patch), you’ll be given a pop-up quest called A Chilling Summons. This will lead you straight to your faction’s capital city—Stormwind for the Alliance and Orgrimmar for the Horde—where you’ll be instructed to go through a portal to Acherus, the Ebon Hold, parked in front of Icecrown Citadel.

Once you arrive, you’ll be acquainted with Bolvar Fordragon, the Lich King, who can be found standing with the shattered Helm of Domination. After completing a dialogue between the leaders of the Horde and the Alliance, Bolvar and his Death Knights will teleport you to the Maw.

When you enter the Maw, you’ll then be tasked with finding and helping Darion Mograine’s Ebon Blade forces and defeating the Mawsworn in A Fractured Blade and Mawsworn Menace.

The Maw, which is usually Shadowlands’ endgame zone, will lead you through the story until you finally escape and enter the next phase of the expansion.