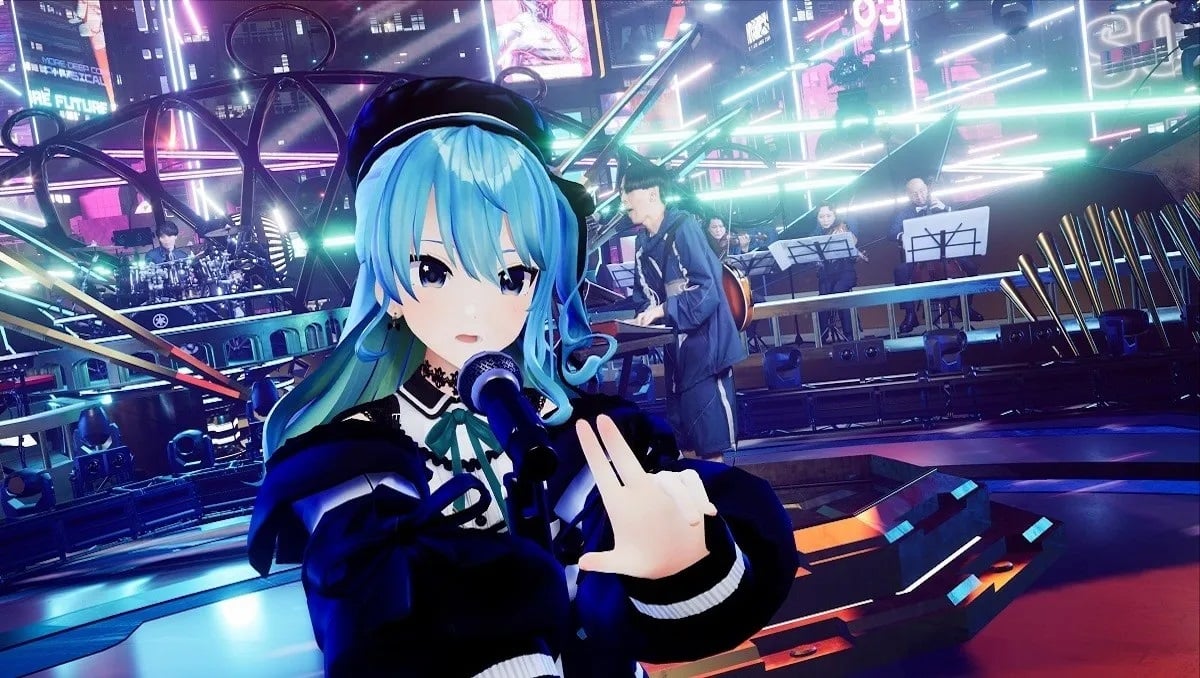 Suisei is one of Hololive’s most popular talents, with 1.59 million subscribers on YouTube. Unfortunately for her many fans, Suisei recently announced a break from content creation due to throat issues that have been getting worse and worse over the years.

On Sept. 15, Suisei told fans that she’s been in and out of the hospital discussing options for her ongoing throat problems. Meanwhile, her nose has “recovered,” although swelling is still there due to chronic rhinitis. This condition, she explained, makes mucus flow “excessively” down her throat and some of it is getting caught.

“Normally the first thing to do is to treat the nose but because it gets caught at the nodule, the conversation went ‘why don’t we remove the nodule?’ ⁠That explains the surgery,” Suisei said.

The ongoing throat problems have left her unable to sing for the last nine months. With the surgery, the VTuber is hoping to be able to perform as normal although her voice will change.

“Since my vocal chords will be touched there may be a chance my voice will change but there practically isn’t much risk involved. Please don’t worry about it!” Suisei told fans.

Even this voice change shouldn’t be too shocking for her many viewers. Suisei said that her voice has changed a lot since she first started VTubing. She said she doesn’t mind her voice changing a third time if she can enjoy singing with it.

Suisei will be resting after surgery but has some videos scheduled to keep fans entertained while she is unable to work. It’s possible that she may come back earlier than expected. Fellow VTuber Usada Pekora also took time off for throat issues earlier this year but came back sooner than she previously stated.

Pekora stated at the time that constantly performing is what damaged her vocal chords further, which may also be the reason behind Suisei’s issues. Both VTubers are constantly creating content and streaming for fans.

Who is Hoshimachi Suisei?

Suisei started as an independente VTuber but was eventually recruited into Hololive as part of their 0th gen.

She joined YouTube in March of 2018. A few months later she debuted a second 2D costume but still had limited movements and animations. She later updated the costume to have more movement, also adding her hair and hat.

By January of 2021 she had over 700,000 subscribers on YouTube thanks to new 3D model and participation in singing events with other popular VTubers. She reached 1 million by June.

She has continued to change her 3D model over the last few years but her personality has remained the same. Susei is seen as modest despite her talent and she is one of the most level-headed members of Hololive.

She has another side to her, however. When Susei took the role of a traitor in a game of Project Winter, she performed so well that fans started to wonder if she was actually a sociopath with no remorse behind her polite and sweet personality. But it’s still up in the air if “Psychopath Suisei” is actually a real persona or not.

When will Susei return to VTubing?

Susei doesn’t seem too fond of taking a break from VTubing. She even stated that she may stream a few times during her 1.5 months off.

“I’m curious to see how I can stream without speaking,” Susei said.

If she does stream during her recovery period, Susei said she most likely won’t be playing Rust on her stream, but maybe will appear on others. She explained that she doesn’t want to disappear and will be doing what she can to see her fans again soon.