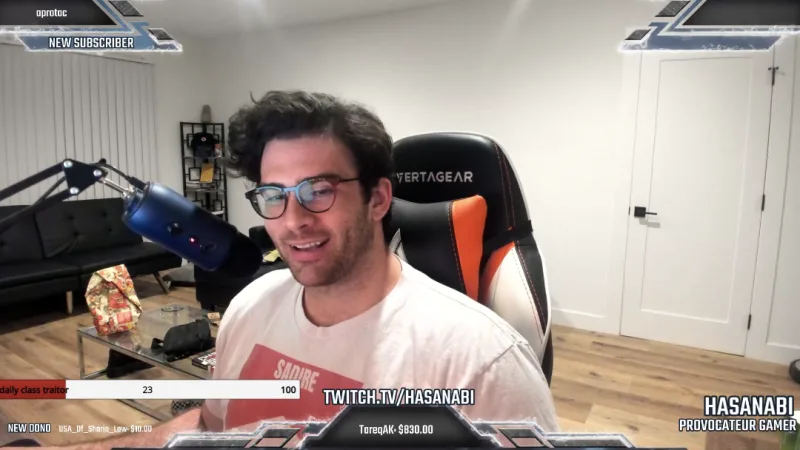 It seems like everyone is at least dabbling in Escape from Tarkov following its boom on Twitch. Yesterday, however, Greekgodx became the unfortunate victim of Hasan “HasanAbi” Piker, his teammate.

One of the features of Tarkov that makes it more immersive than many other games is the ability to kill your own teammates and the inability to easily tell if they’re your teammates simply by seeing the character that they’re controlling.

Hasan experienced how difficult it is to tell if someone is your teammate or an enemy firsthand yesterday when he was at an extraction point inside a building with his partner Greek.

Sitting in a room, Hasan realized that the building was his extraction point and told Greek. As Greek entered the room to join him, Hasan failed to identify him as a teammate and put his gun over the head of Greek before, well, killing him.

“Wait, was that you?” Hasan replied.

Hasan attempted to defend his ignorance while also expressing remorse, but the damage was already done.

“I was like, before I extract, I was trying to take the money,” Hasan said. “I thought a scab rolled up to me.”

What comes around goes around, though. Hasan stalled his extraction and another person came in and killed him before he could complete the round.

It’s difficult to be too upset with Hasan, however. He only began playing the game about a week ago and has just 19 hours of airtime on the title.

Tarkov doesn’t have nearly the same viewership it did a few weeks ago when it posted more than 30 million hours watched. It has 12.8 million hours watched in the past week, according to Stream Hatchet data. That’s enough to make it one of the top three forms of content on Twitch behind League of Legends and Just Chatting.